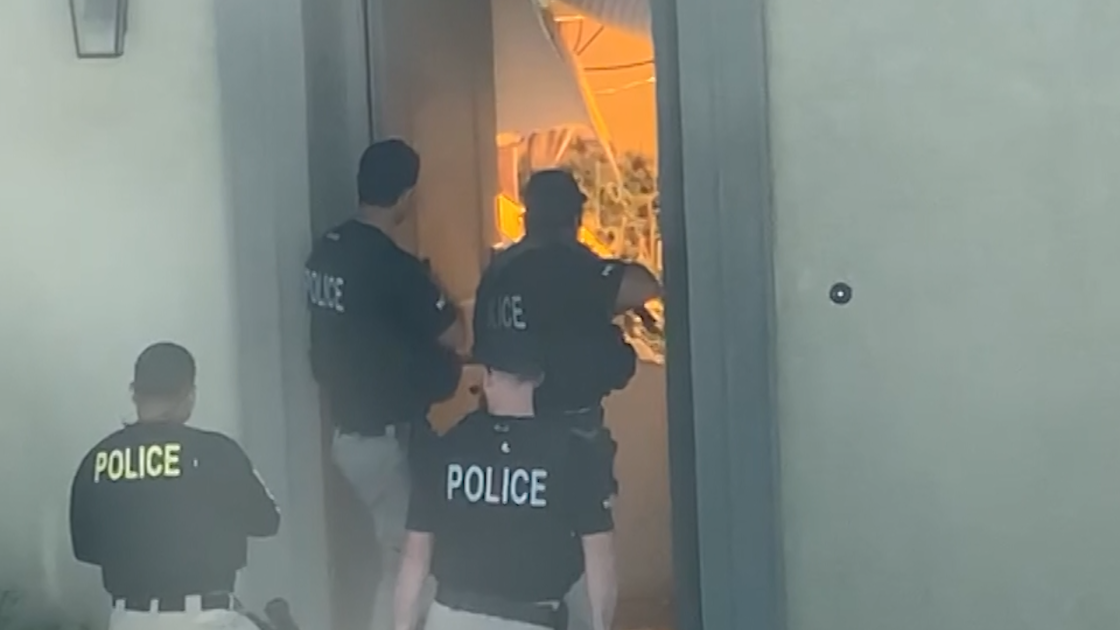 A house in Beaumont was raided Friday due to reported illegal grow operations.

A neighbor captured video of the moments the Riverside County Cannabis Regulation Task Force entered the home and broke down what appears to be an artificial wall covering an undisclosed amount of plants.

It has not been confirmed what was found inside the home.

One man was taken into custody, but it’s unclear if he was actually placed under arrest.

No additional information is known at this time and the investigation is ongoing.

The CRTF is a multi-agency task force hosted by the Riverside County District Attorney’s Office.  It focuses exclusively on regulation enforcement, unfair business practices, environmental impact, state and local licensing, and the detection of illegal Cannabis grows and dispensary sales outside of county, cities and state laws and the prosecution of these cases, including any related fraud or criminality such as utility and water theft, intellectual property crimes, real estate fraud and tax fraud.