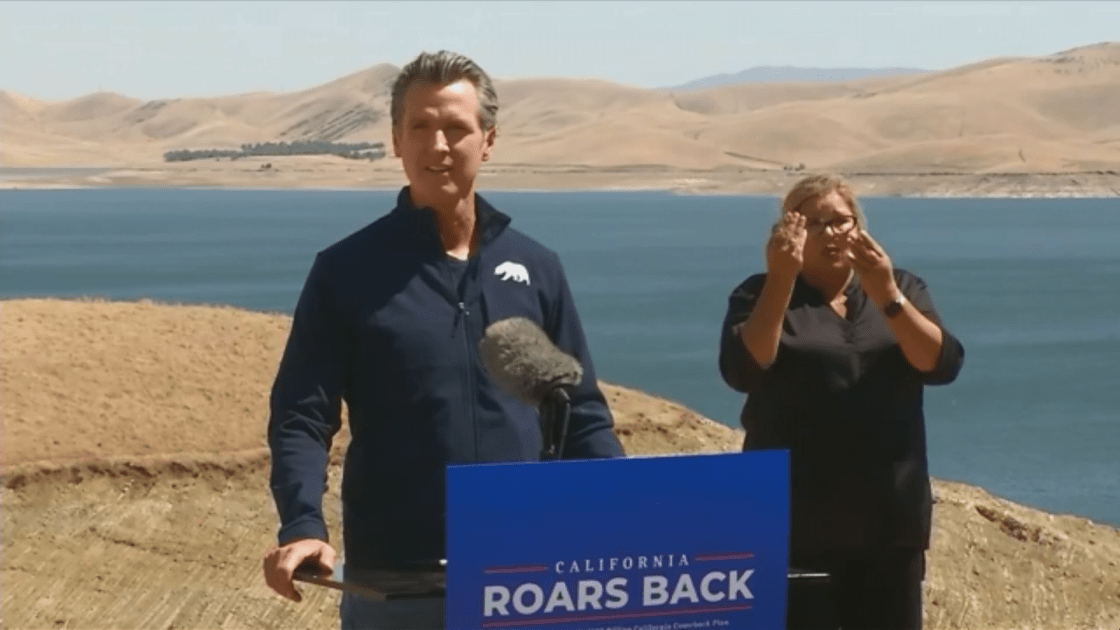 Governor Gavin Newsom proposed a $5.1 billion package for water infrastructure and drought response as part of his California Comeback Plan.

The Governor’s office stated the package would address immediate, emergency needs, build regional capacity to endure drought and safeguard water supplies for communities, the economy and the environment.

This proposal comes as part of a week-long tour for the Governor.

“Shoring up our water resilience, especially in small and disadvantaged communities, is imperative to safeguarding the future of our state in the face of devastating climate change impacts that are intensifying drought conditions and threatening our communities, the economy and the environment,” said Governor Newsom. “This package of bold investments will equip the state with the tools we need to tackle the drought emergency head-on while addressing long-standing water challenges and helping to secure vital and limited water supplies to sustain our state into the future.”

Newsom also declared a drought emergency for 39 additional counties making 41 out 58 counties now under the order. Riverside and San Bernardino counties are not included in this.

“With the reality of climate change abundantly clear in California, we’re taking urgent action to address acute water supply shortfalls in northern and central California while also building our water resilience to safeguard communities in the decades ahead,” said Governor Newsom. “We’re working with local officials and other partners to protect public health and safety and the environment, and call on all Californians to help meet this challenge by stepping up their efforts to save water.”

In April, Newsom signed an emergency proclamation directing state agencies to take immediate action to bolster drought resilience across the state and declaring a State of Emergency in Mendocino and Sonoma counties due to severe drought conditions in the Russian River Watershed. Monday, the Governor took action to ensure an expedited response to address acute drought impacts in Klamath River, Sacramento-San Joaquin Delta and Tulare Lake Watershed counties.

“This newly proposed $220 million would reinforce the $200 million we previously secured in Proposition 68 and align with our current legislative push to unlock $240 million for the Salton Sea along with other necessary allocations for community climate resilience and water infrastructure investments. The clock is ticking, and we must focus all of our energy to bring home these funds, meet our mitigation benchmarks, and improve the urgent public health, ecological, and economic conditions for our region,” said Garcia.