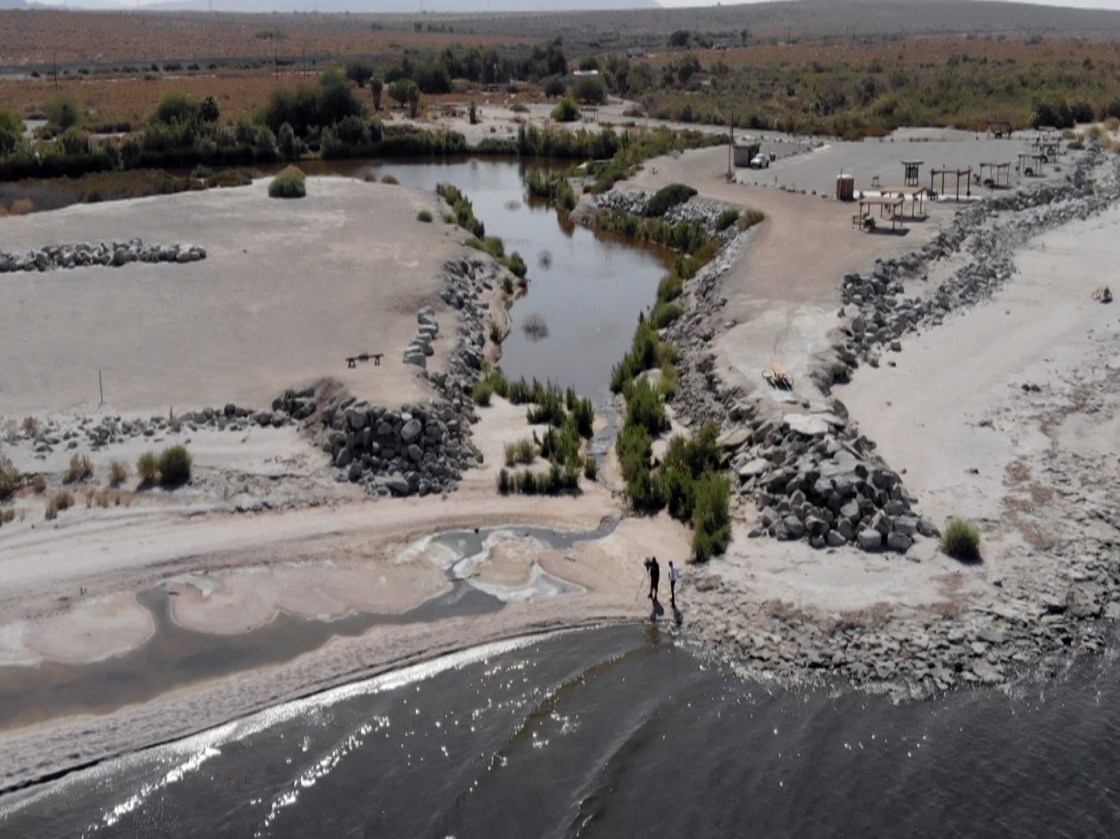 During our extensive coverage of the Salton Sea, we learned that toxic air is not only coming from dried-up parts of the sea, but other parts of the sea are now contributing to the toxicity.

“It is not just the toxic elements that have been trapped by the water and now exposed as the sea recedes,” explained Fran Ruiz, Salton Sea Director with Audubon California.

Ruiz has been working with researchers who have been studying the toxic levels at the Salton Sea.

“UCR was mentioning that it is also a concern when it comes to the fumes that are coming out of the water. Because not all the elements that come into contact with the water stays trapped underneath the water. A lot of the elements change form and they become fumes,” added Ruiz.

These fumes coming from the water along with the toxic dust from exposed dry beds have been the blame for many years for the many health problems the community has been facing.

“We commonly hear of a lot of nosebleed issues especially with young kids, and we hear a lot of people complaining about respiratory problems. As a matter of fact, I think in my opinion we have if not the highest, one of the highest asthma rates simply because people are living around these conditions and they have to be breathing this air,” said Ruiz.

Ruiz and community partners are doing their best to bring awareness to the Salton Sea by educating our youth who will be inheriting what was once considered a desert oasis.

“Were working on setting up some field study opportunities for our students out here, so right now I’m working with some of the community partners and we are practicing playing with some of our science equipment so that we can bring kids out here next year and get them involved, measuring air quality, water quality, doing bird counts, things like that. to educate the kids and maybe someday get them involved, get them some jobs helping fix the Salton Sea,” explained Matthew Kreps, Green Academy Teacher with Desert Mirage High School.

And though many look at the Salton Sea as toxic wasteland, many still flock to the sea to find the beauty that remains.

“Based on the articles I read, yes, it was quite the place to come I think back in the ’40s, 50’s. How can this be fixed, what can be done, fix it and restore it to something that can be used and not be so toxic,” said Kenneth Davis, visiting from Georgia.

“In my opinion, we already saw the better days of the Salton Sea, especially if you describe the Salton Sea from a recreational standpoint such as boating, fishing. I think probably those days are gone. Now, can we have other types of recreations? I think we can,” said Ruiz

As studies continue here at the Salton Sea, advocates stress the importance of education and awareness within the community.