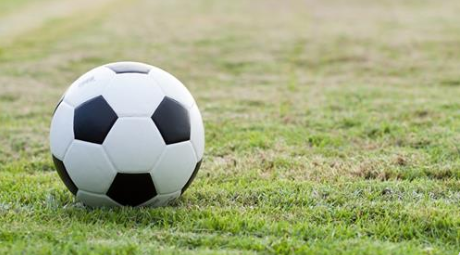 Another busy day in the Coachella Valley, several schools and teams for both girls’ tennis and girls’ soccer, had home matches competing in the first round of CIF-SS playoffs.

Coachella Valley’s girls’ tennis team was hosting Heritage high school for their first-round match at Desert Mirage high school. The mighty Arabs have been playing their league team matches with only six players and nine matches, as all the coaches agreed upon in the DVL. Although to participate in CIF playoffs, they had to have nine players and compete in 18 matches. On top of that, the Arabs’ head coach told us that several players had just got vaccinated, so they were short a few players in today’s match against Heritage, which resulted in an automatic -3 points. Coachella Valley was unable to get past this, and they would lose their first-round match today, 12-6.

Twentynine Palms will be moving on to the second round of playoffs, after they beat Duarte, 12-6. Their next match is this Friday at home against Patriot high school, at 3 pm.

Palm Desert hosted Mayfield high school today. The Aztecs ended tied in second place with palm springs in the DEL, and they really prove themselves today. It was a great game, these teams were pretty evenly matched up. The game went into overtime, and in the end, it would be the Aztecs who win 3-2 over Mayfield and move onto the next round.

Shadow Hills girls soccer team was also at home against Katella high school. It was a dead game through the first half, the score was 0-0 at halftime. In fact, it was not until there were about 12 minutes left of the game when shadow hills was able to make one in! That would be the end score, the Knights move onto the second round, after beating Katella 1-0.

Although they got the win, head coach Tom Woodworth still thinks the knights have could have played better.

“I got to be completely honest, I thought that Katella came to play, they were physical, they were aggressive, they were willing to do whatever they needed to do to try to affect and change the game. You know, we came out sluggish and we weren’t quite ready or prepared to match that until closer to the end of the game. Sometimes in a soccer match, you just get one opportunity that you got to take advantage of. Fortunately, we were able to do that.”

Palm springs high school girls’ soccer team also had a home game, they were up against Jurupa Hills. They would also win their first-round playoff game, the Indians winning easily, 4-1.

Desert Mirage also won their away game against Rim of the World, 5-2.

Cathedral City will be moving on to the next round as well, they beat San Gorgonio in their first-round game, 1-0 (PK).

The second round of girls’ soccer playoffs is Friday, May 14th: