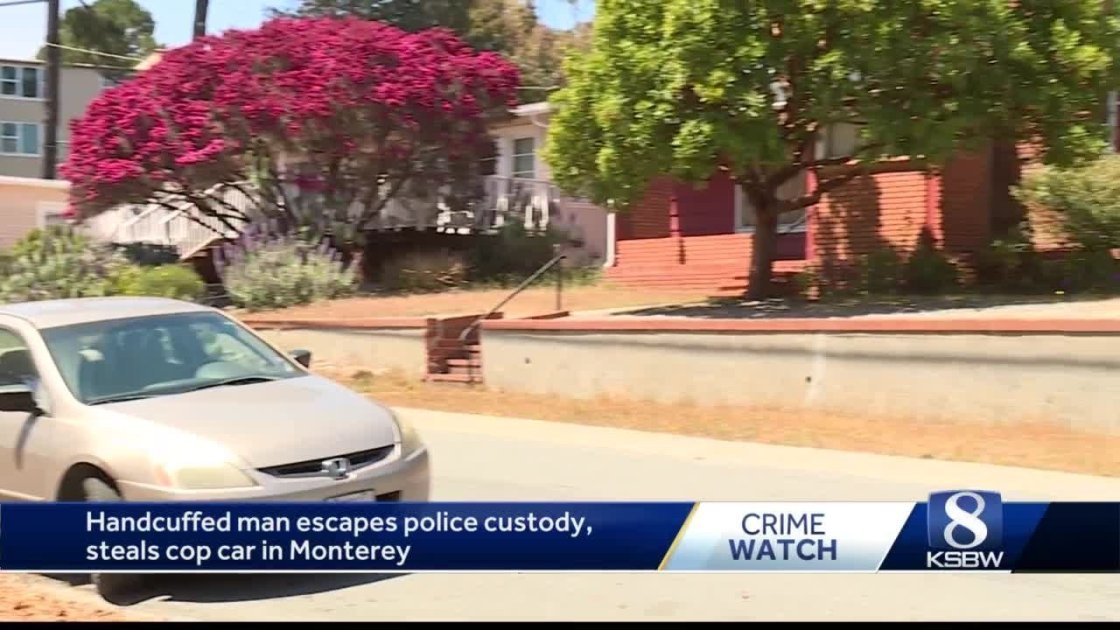 A man who escaped police custody Tuesday afternoon was rearrested after leading law enforcement on a chase in a police cruiser in Monterey.

According to Lt. Mike Bruno with the Monterey Police Department, police were looking for a woman who had led police on a recent chase. When they arrived at her hotel room they found Corey Duncan, 33, from Santa Cruz with her.

Duncan was arrested and placed in a police car. Police did not say why Corey was arrested.

While in the car, Duncan slipped out of his handcuffs and led police on a foot chase. During the chase Duncan double backed and got backed into a parked police car and drove away.

Duncan was followed by police to Veterans Park where he then ditched the car and ran on foot, police said. He was re-arrested after hiding on the roof of a home near Harrison Street.

Nearby, Walter Colton Middle School was placed on lockdown as police searched for Duncan.