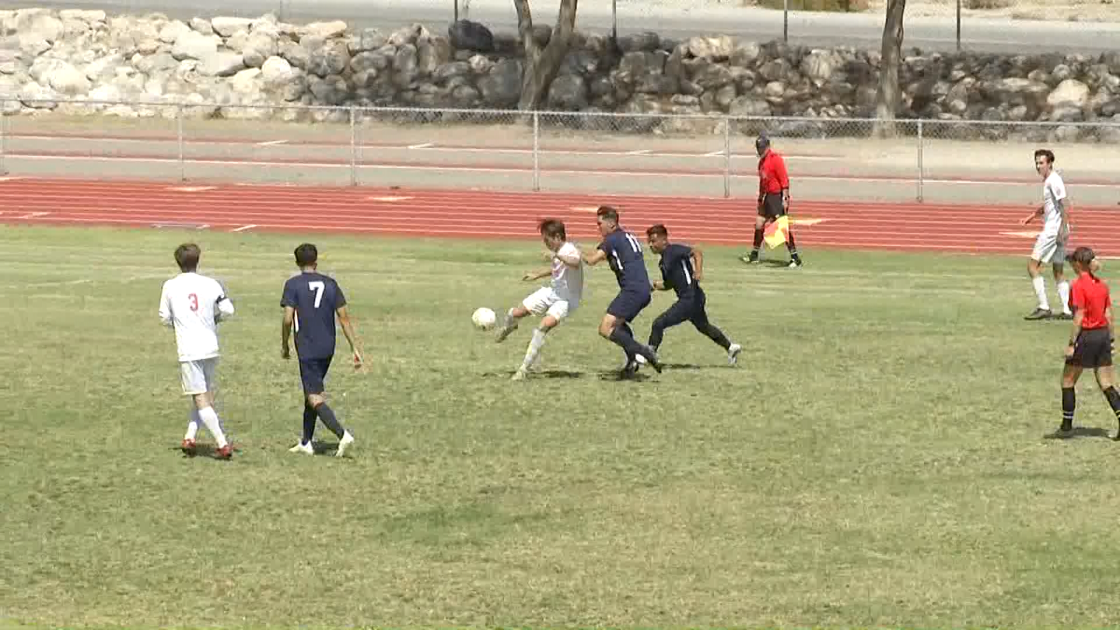 Desert Boys’ Soccer Sweeps in First Round of CIF Playoffs

It’s the first round of CIF playoffs for a few of our boys’ soccer teams in the desert. We have four schools hoping to move on to the next round.

Desert Hot Springs hosted Riverside Poly for their first-round game. The Golden Eagles had a history-making season this year. Not only did they finish their season unbeaten, with a 13-0-1 record, and of course, on top of the desert valley league, this is the first league title for DHS athletics in years! Against riverside poly, it was close at first. Then just before the half ended, the golden eagles’ Omar Castro made a goal, giving DHS the lead going into halftime 1-0. Right out of the gate to start the second half, Miguel Hernandez shoots one in to make it 2-0 DHS. The golden eagles would go on to win it, 2-1. This means they are going to the second round at home again on Saturday, May 15th against Beverly Hills high school.

Palm Springs was also at home today, against Chino high school. The Indians finished undefeated this season and snagged the DEL league title. Last year, although they had a strong team, the Indians were knocked out during the first round of playoffs. Prior to the playoffs, several players were adamant that this time, it would be different. Against chino, during the first half of the game, the Indians were dominating, going into the half the score was 3-0 Palm Springs and the Indians would go on to win, 4-0. They are away at Crean Lutheran for the second round on May 15th.

Desert mirage was also hosting a first-round game against Damien high school, and that was a really close one, it went into overtime tied at 2-2. Finally, the Rams escaped with the win after scoring a goal in OT, winning the game 3-2 and they are moving on to the next round of playoffs as well! They are away on May 15th against Chaparral high school.

Rancho mirage was away at Murrieta valley high school, due to a track meet that Murrieta Valley was hosting earlier in the day, their game did not start until 7 pm. The far distance and late start time did not matter much to the Rattlers, as they came out with a win, 1-0. Rancho Mirage will be at home taking on Valley Christian on May 15th in the second round of playoffs.