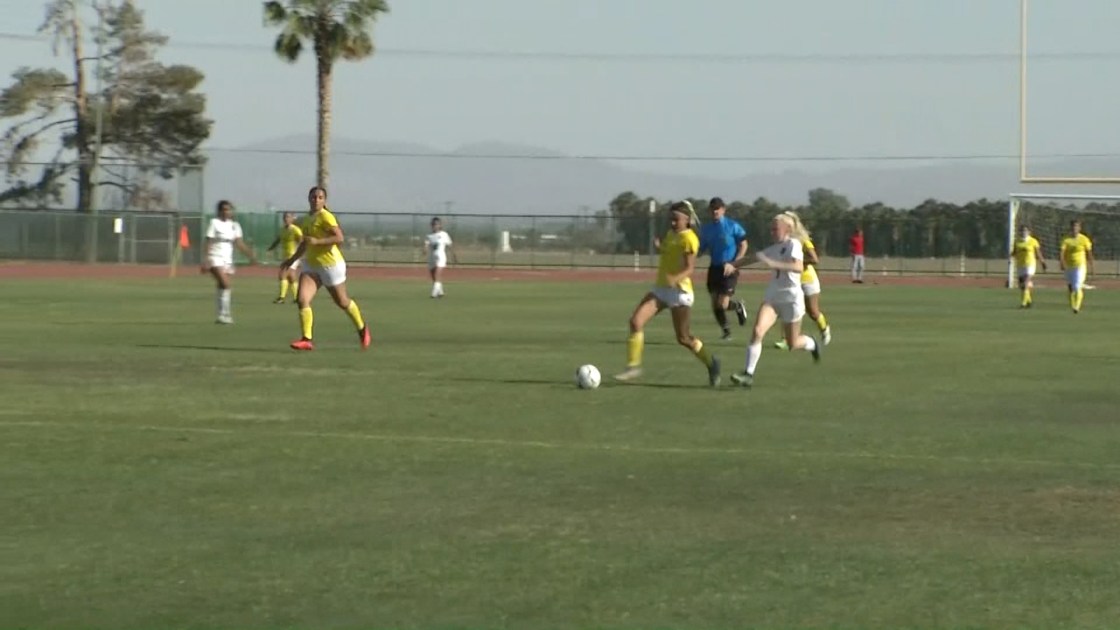 The Mighty Arabs were off to a slow start, making some mistakes early in the game. Sage Hill was a very talented team, but Coachella Valley fought back. Fans in the stands were passionately cheering on the Might Arabs, but then something drastic happened.

At this point, the score was 3-1 Sage Hill, and after a Coachella Valley player went down, with no penalty called, an assistant coach for CV tried asking the ref about the no-call, and he was then ejected from the game. Well, that got the crowd going more than anything, and it lit a fire under the players as well. CV came back and scored, now they were only down 3-2. Then, The referee kicked out the entire fan section for Coachella Valley. Allegedly, the reason was that the crowd was too boisterous and loud for an intense, CIF playoff game.

The way the field at CV is set up, fans were still able to cheer the team from the street, outside of the school gates. These ladies fought until the very end, but they would not come away with a win, ending their season in the second round of CIF playoffs, losing 3-2.

The Lions finished their regular season third in the Desert Valley League this year. In their first-round game, they beat San Gorgonio 1-0 due to a penalty kick in overtime. These ladies have fought hard to make it to this round, and today, they continued the fight, but they would end up losing, 1-0 to the archer school, ending their season.

Shadow Hills’ girls’ soccer team was away at St. Ynez, and they won, 1-0! Congratulations to the Knights, they are moving on to the quarterfinals next week.

Your Starting XI for the 1-0 dub vs Santa Ynez in 2nd Rnd D4 CIF. 🥅Jr Janessa Navarro. Assist Jr Natalie Hamilton. Fr Keeper Georgina Rojas had 11 saves and the clean sheet. Lady Knights D stood strong and was a huge part of that clean sheet! It was a great team effort today! pic.twitter.com/YF9wPGc7Iv

Palm desert was away at valley Christian, and the Aztecs would lose in overtime, 2-1, ending their season.

Palm springs hosted Wiseburn DaVinci, and in a very close match that went all the way into overtime penalty kicks, the Indians would end up losing, 3-2.

Desert Mirage hosted Ganesha, and they breezed right past them in the second round after beating them 7-1, they are headed to the quarterfinals!

Also moving on to the next round, is Desert Hot Springs after beating Tarbut V’Torah on the road, 4-0.

Girls’ Soccer quarterfinals are next week, on May 18th.