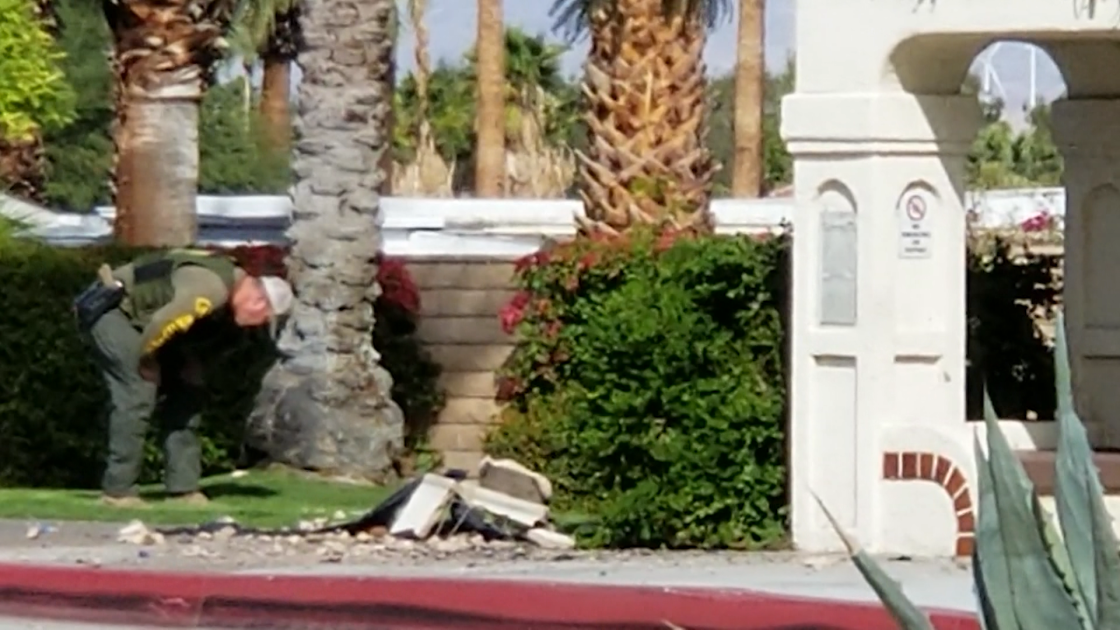 Two Coachella Valley men suspected of placing a bomb inside a cement trash can last Halloween, causing an explosion that flung debris onto Highway 111, were arrested, sheriff’s officials said Saturday.

Jason Hershey, 49, of Bermuda Dunes and Michael Hardisty, 58, of Cathedral City were taken into custody on Wednesday in Palm Springs after a nearly seven-month investigation that involved the Federal Bureau of Investigation and the Bureau of Alcohol, Tobacco, Firearms and Explosives.

The explosion was reported on Oct. 31 on Highway 111 between Peterson Road and Country Club Drive in Rancho Mirage, according to the Riverside County Sheriff’s Department.

The debris field extended across six lanes, though no one was injured, authorities said.

Both men were arrested on suspicion of exploding a destructive device with the intent to cause property damage and felony vandalism.

It was unclear if Hershey remained in custody.