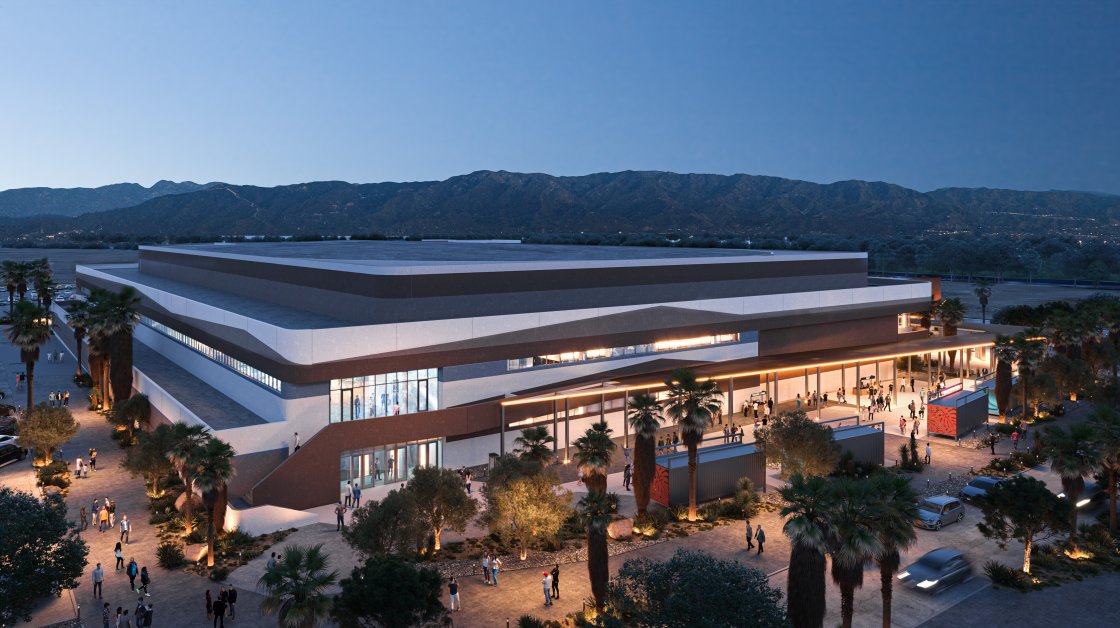 Oak View Group and the Berger Foundation announced Wednesday the date of the groundbreaking ceremony for the highly anticipated Coachella Valley Arena.

The Board of Supervisors Tuesday formally approved the proposed $277 million sports and entertainment arena slated to be constructed near Palm Desert.

The board voted 5-0 in favor of the 300,000-square-foot arena slated to be constructed atop a roughly 43-acre site between Interstate 10 and the Classic Club golf course in an unincorporated portion of Riverside County.

The project is expected to bring nearly $32 million to the Coachella Valley annually, along with $200 million during construction, according to projections by Oak View Group, the project sponsor.

The arena, which will be built using private financing, is expected to be completed by the end of next year, the company said.

Between roughly 9,900 and 11,700 seats will be available in the arena depending on the type of event.

Officials are expected to work with Live Nation Entertainment to bring live events including concerts to the venue.

In addition, the closure of Desert Ice Castle in Cathedral City last March during the coronavirus pandemic left the Coachella Valley without a skating rink.

The new arena is expected to fill the niche left behind in the figure skating, recreational skating and adult and youth hockey sectors.

Oak View Group announced in September that plans to construct the arena in Palm Springs in partnership with the Agua Caliente Band of Cahuilla Indians had fallen apart.

The company then teamed up with the H.N. & Frances C. Berger Foundation, a Palm Desert nonprofit organization, which will lease the land to the company in order to build the arena.

Plans to build the arena in the heart of downtown Palm Springs previously drew community ire.

Last January, a dozen Palm Springs residents calling themselves “Palm Springs Together” mailed letters to state officials pleading for them to become involved in the proposal, arguing the arena builders should be required to draft customary environmental reports.

A report from Palm Springs’ Department of Planning Services noted “the city has no authority to approve or deny projects undertaken by the tribe on its own land.”

The letter came after the city released a report that found the arena would be short 1,600 parking spaces, and that parking meters could be necessary. Parking and congestion issues surrounding the proposal remain unsolved.