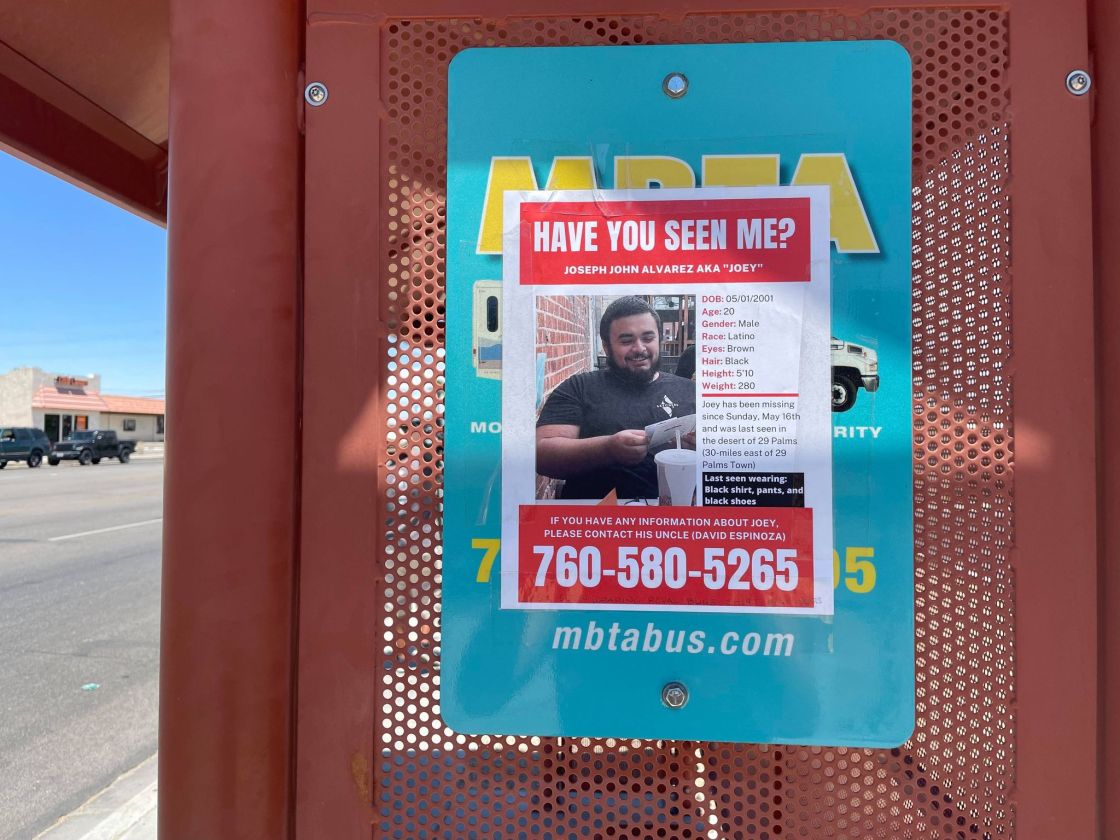 “The heat is just getting worse and if he’s out in the desert with no water or anything we need to get him home,” said Jami Mundy, a resident in Twentynine Palms.

His grandmother dropped him off outside of Joshua Tree National Park on May 16th with no cell phone and limited water.

That’s the last time his family says they’ve see him.

“On Thursday May 20th, the family was unable to find him and they reported him missing. Ground crews conducted a search of the area but there were no signs of him,” said Cindy Bachman, San Bernardino County Sheriff’s department spokesperson.

But this week, there was a possible glimmer of hope.

“Deputies went to those locations, followed up on the information they were given and unfortunately, it was not Joey,” said Bachman.

Throughout the search, Joey’s family has provided updates on social media.

She doesn’t know Joey, but started to post flyers, and even searched the area herself.

“When I heard that he was being sighted in this area I started driving the streets and anywhere I could around here because my house is just down the road, so being so close to home I just wanted to help any way I could,” said Mundy.

They’ve blocked the area off to the public, and are working with the police on the investigation.

On Wednesday they provided this update: at 10:55 am detectives assigned to the Morongo Basin Station responded to the Joshua Tree national park to assist in an active search and rescue operation being conducted southeast of Ironage Road/Twentynine Palms Highway in Wonder Valley. During the search they located the body of an unidentified male in the open desert within the Joshua Tree National Park boundary. The identification of the deceased male is pending.

Anyone with information is urged to contact Detective Aaron Hallow at 760-366-4175.