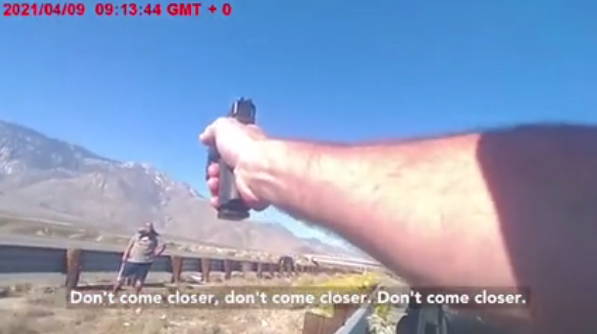 The Riverside County Sheriff’s Department has released body-camera footage of a deadly confrontation between a deputy and a man on Interstate 10 near Whitewater. The investigation shut-down the freeway in both directions for hours.

The Sheriff’s Department says just before 9 a.m. on April 9, deputies responded to calls of a man with a tire-iron throwing rocks at cars.

The department says the deputy tried to get Munoz to stop, but he went onto the freeway, crossed the guardrail, and walked towards the deputy, ignoring calls to drop the tire iron.

When Munoz raised the iron in an apparent attempt to hit the deputy, the deputy shot Munoz.