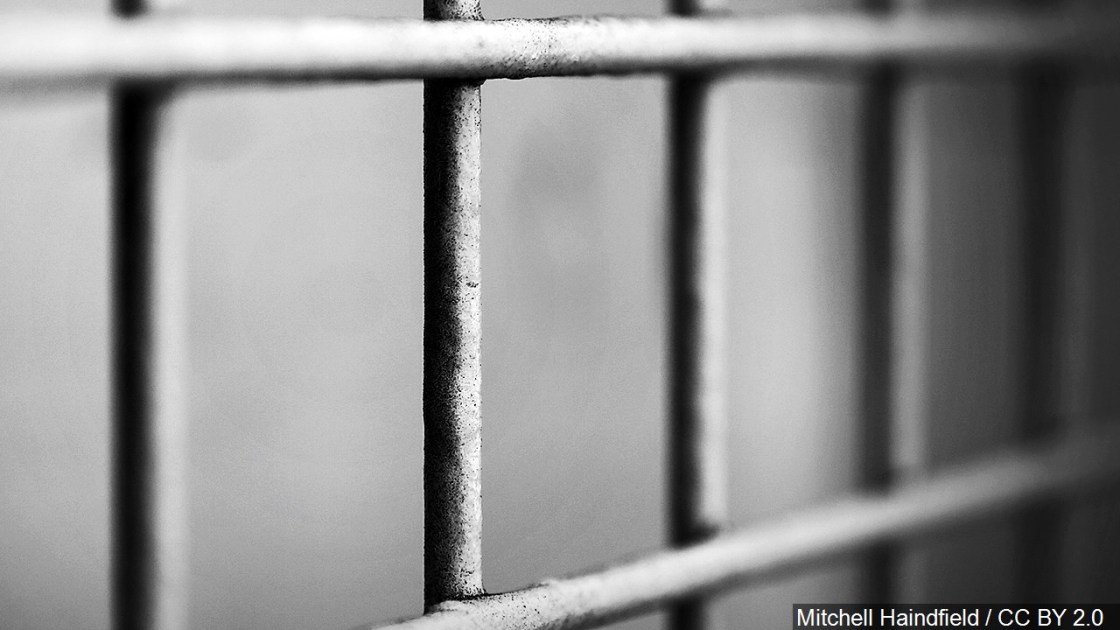 A man who videotaped his stepchildren opening Christmas presents with their dead mother propped up on the couch was sentenced Friday to 15 years to life in prison for beating her to death at their apartment in Anaheim.

“I have grown up with a life of hell since he murdered my mom,” Zianna Preston said. “There’s no such thing as a childhood for me … This has been a life of hell, almost a life not worth living. There have been times I’ve thought about taking my life because of this.”

She said she could never forgive Wallace.

She also noted that her half-brother, who was 7 weeks old at the time, has been robbed of a dad.

“Your son has grown up without a father,” she said, addressing the defendant. “Now he’s forced to grow up without a dad and that is so unfair.”

The victim’s mother, Saidell Preston, told the judge that on the day of the killing, Wallace told her in a phone call that “if they (women) could take another breath, they could take another hit. He told me those words over the phone.”

When she asked him to put her daughter on the phone, “he said she would not wake up, she had peed on herself and was slobbering,” Preston said, adding that Wallace “murdered her in front of their children and then slept with her corpse.”

She also noted that the defendant blamed the victim for ruining Christmas before he let the children open up their gifts.

Her daughter was a Cypress College student just two weeks away from graduation when she was killed, Preston said.

” She was an amazing and talented young woman,” her mother said. “He left me with a broken heart and a traumatized mind.”

Former Anaheim City Councilwoman Lorri Galloway, who is the founder of the Eli Home, a shelter for abused children and mothers, said in a statement to the judge that she was a longtime family friend and had been attempting to help the victim get out of her abusive relationship with the defendant.

The victim was “kind, forgiving and compassionate” and had hoped to become a domestic violence counselor, Galloway said.

The victim’s brother said the children continue to fear the defendant, and that he assures them he will protect them.

His sister’s then-3- and 8-year-old daughters from a prior relationship and her 7-week-old son with the defendant were in the apartment at the time their mother died.

“Your son calls me dad, not you, because I have raised him,” Marchant Wright told Wallace. “I raised him the right way. He’s a smart, witty, bright young man, a pure and true athlete. But you will never see any part of that. I will protect these kids with my life, one you know you could never take.”

Authorities determined Preston died about 1 a.m., but Wallace propped up her body on the couch while he videotaped the girls opening presents later that morning, according to Senior Deputy District Attorney Heather Brown.

Wallace called 911 about 9:30 a.m. that Christmas morning to report his wife needed medical help, according to police.

Brown told jurors that Wallace was “beating her in the head — that’s the kill zone. That’s why she’s dead. He hit her in the head over and over… all the injuries to her head killed her.”

Brown characterized it as a “night of terror,” and told jurors that the crime scene in the apartment in the 200 block of Laxore Street near Lincoln Avenue “looked like a scene from `The Shining.”‘

Wallace pleaded guilty to beating the victim and threatening to kill her in 2008 and did 18 days in jail, Brown said. Three days before her death, Preston had confided to family while on a holiday shopping trip that she wanted to leave Wallace, the prosecutor said.

“Perhaps he learned she was making plans to leave him,” Brown said, adding that the defendant was “so insecure” that he would beat his wife if she “was at the store too long.”

Brown said Wallace told Preston’s then-8-year-old daughter to lie to police, which is why she gave inconsistent reports of what happened to her mother. Wallace had been in and out of jail and the girl didn’t know whether she would remain in his custody, Brown said.