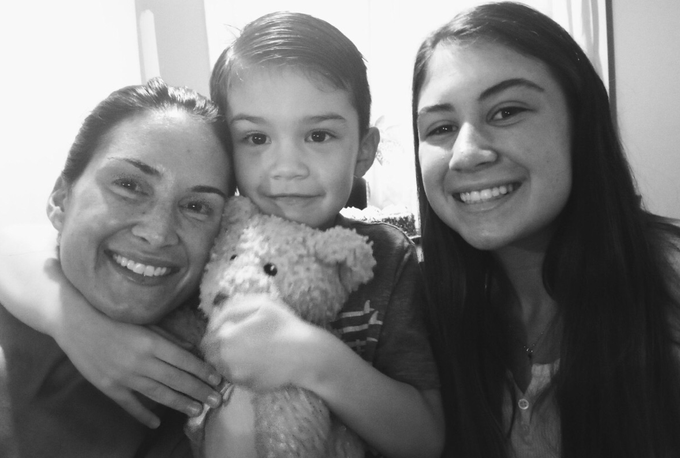 The suspected gunman in a road-rage shooting that killed a 6-year-old boy on the Costa Mesa (55) Freeway was charged Tuesday with murder, while his girlfriend who was allegedly driving the car involved the roadway confrontation was charged with being an accessory to the crime.

Marcus Anthony Eriz, 24, and his girlfriend, Wynne Lee, 23, were arrested Sunday at their Costa Mesa apartment following a weeks-long manhunt. Police said they recovered the weapon believed to have been used in the May 21 shooting that killed young Aiden Leos. They also recovered the suspect vehicle, a white Volkswagen that was found at a Whittier home, reported to be that of Eriz’s grandmother.

Lee was charged with a felony count of accessory after the fact and a misdemeanor count of having a concealed firearm in a vehicle. Lee faces up to four years behind bars if convicted at trial of all charges. Three of those years would be prison and one in jail.

Both made initial court appearances via videoconference Tuesday afternoon, but their arraignment was postponed until June 18. Both defendants were originally being held on $1 million bail, but Orange County Superior Court Judge Larry Yellin tentatively increased Eriz’s bail to $2 million, and dropped Lee’s bail to $500,000.

Those bail amounts will remain in place until the June 18 arraignment, when attorneys are expected to present arguments on possible adjustments. Yellin noted that bail could potentially be reduced further for Lee, who was originally booked on suspicion of murder but was only charged with being an accessory.

District Attorney Todd Spitzer said during a Tuesday afternoon news conference that prosecutors did not feel they had enough evidence to pursue a murder charge against Lee. He said prosecutors “have to analyze evidence with respect to the conduct of each individual,” and “based on our review of the evidence, we did not believe we could also file murder against her at this time.”

At a news conference last month, days after the shooting, Spitzer warned the defendants to surrender to authorities and suggested he might be more lenient in his decision regarding charges if they did so. But he said Monday, “They did not take me up on that offer and at this point I have absolutely no sympathy or empathy whatsoever.”

Don Goodbrand, California Highway Patrol Border Division assistant chief, told reporters, “It goes without saying no parents should be made to suffer pain and loss” that Aiden’s family has felt.

Goodbrand said the CHP was “laser-focused” on making arrests in Aiden’s killing, and he hailed the cooperation of various law enforcement agencies and the public, which offered hundreds of tips.

“I have never in my 25-year career witnessed those components working so strongly together to solve a crime as I have during this investigation,” Goodbrand said.

Around 8 a.m. May 21, Aiden’s mother, Joanna Cloonan, was driving a silver Chevrolet Sonic northbound on the 55 Freeway between the Garden Grove (22) Freeway and Chapman Avenue in Orange when a road-rage incident ensued with the occupants of a white Volkswagen station wagon — believed to be Eriz and Lee. Officials said earlier they believed a woman was driving with a male passenger.

Passersby Reyes Valdivia and his wife stopped to help when they spotted Cloonan on the freeway shoulder pulling her son from the passenger side of the car. He said she told them that when she tried to switch lanes to exit, a vehicle with a man and woman inside cut her off. She made a gesture to them and proceeded into the exit lane. Authorities believe the driver of the Volkswagen, Lee, maneuvered behind Cloonan’s car, and the passenger, Eriz, fired the shot into the rear of her vehicle. The bullet passed through the trunk, striking Aiden as he sat in his child seat on the rear passenger side of his mother’s car.

Cloonan called 911 and the boy was rushed to Children’s Hospital of Orange County, where he was pronounced dead.

At Saturday’s funeral, Cloonan said, “Violence is an unacceptable way to settle our differences and because of this, my son lost his life.”

Speaking to reporters Monday, Spitzer said he understood why the case reverberated with the public.

“It’s because it could have happened to any one of us,” he said. “We all drive the freeways in Southern California. We’ve all gotten upset at other motorists. Other motorists have been upset at us. I’ve thrown some gestures about myself. But it’s never come to a situation of violence and certainly not in my realm or in your realm to the loss of a life.”

The suspects’ Sunday arrests in Costa Mesa came one day after Aiden’s funeral in Yorba Linda.

Eriz’s occupation was listed as an auto detailer, according to jail records. Lee is unemployed. Eriz’s Instagram page states that he works for an auto body shop in Corona, but the owners of that company told reporters he hasn’t worked there since January. There are multiple posts on Eriz’s Instagram page showing him brandishing or firing a gun.

The arrests followed a lengthy manhunt conducted by investigators from the Santa Ana-area CHP and the CHP’s Border Division Investigative Services Unit, with the aid of other agencies. A reward of $500,000 was offered for information leading to those responsible for Aiden’s death.

It was not immediately clear if anyone would be able to claim the reward. Spitzer said at least one tip — from the hundreds that were received — did assist in the arrests, and “there will certainly be an argument for reward money.”

He noted that the reward is contingent on a conviction in the case, not just an arrest, so a final determination will have to wait until the case plays out in court. Final determination of the reward allocations will be made jointly by the District Attorney’s Office and the California Highway Patrol.