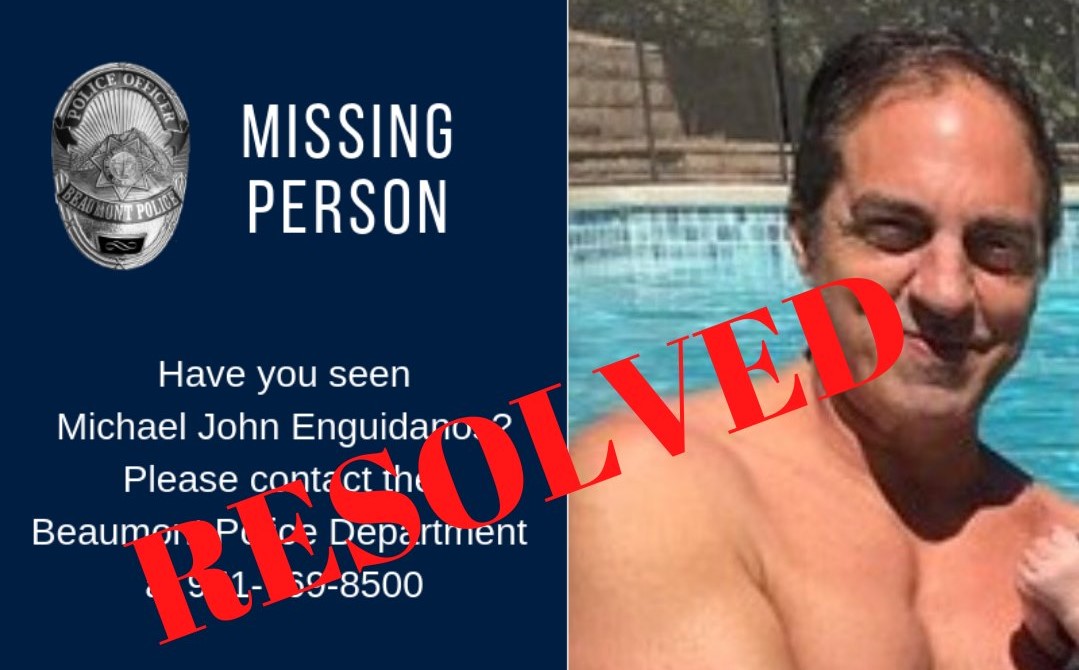 Remains found in a retention pond in Palm Springs have been identified as those of Michael John Enguidanos of Covina.

54-year-old Enguidanos was first reported missing to the Beaumont Police Department on September 1, 2018 after family told officers he left their residence in Beaumont to visit friends on August 24, 2018 and never returned home and he was not answering his phone.

On August 31, 2018, prior to the families report, California Highway Patrol officers came across an unoccupied vehicle belonging to Enguidanos. The vehicle was parked along Whitewater Cutoff Road.

On September 4, 2018 the Riverside County Sheriff’s Department was conducting a separate investigation in the area and observed the vehicle in question. Family members were contacted and had the vehicle retrieved, where they later recovered Enguidanos’ keys and wallet inside.

On March 12, 2021, the skeletal remains of a human were found by the Coachella Valley Water District, while conducting routine maintenance on a retention pond located in the City of Palm Springs. The location the remains were found were close to the area of where Mr. Enguidanos’ vehicle was located abandoned.

The Palm Springs Police Department and Riverside County Coroner’s Bureau were notified and took possession of the remains. A forensic examination was conducted and a positive match was made.

There is no evidence of foul play.