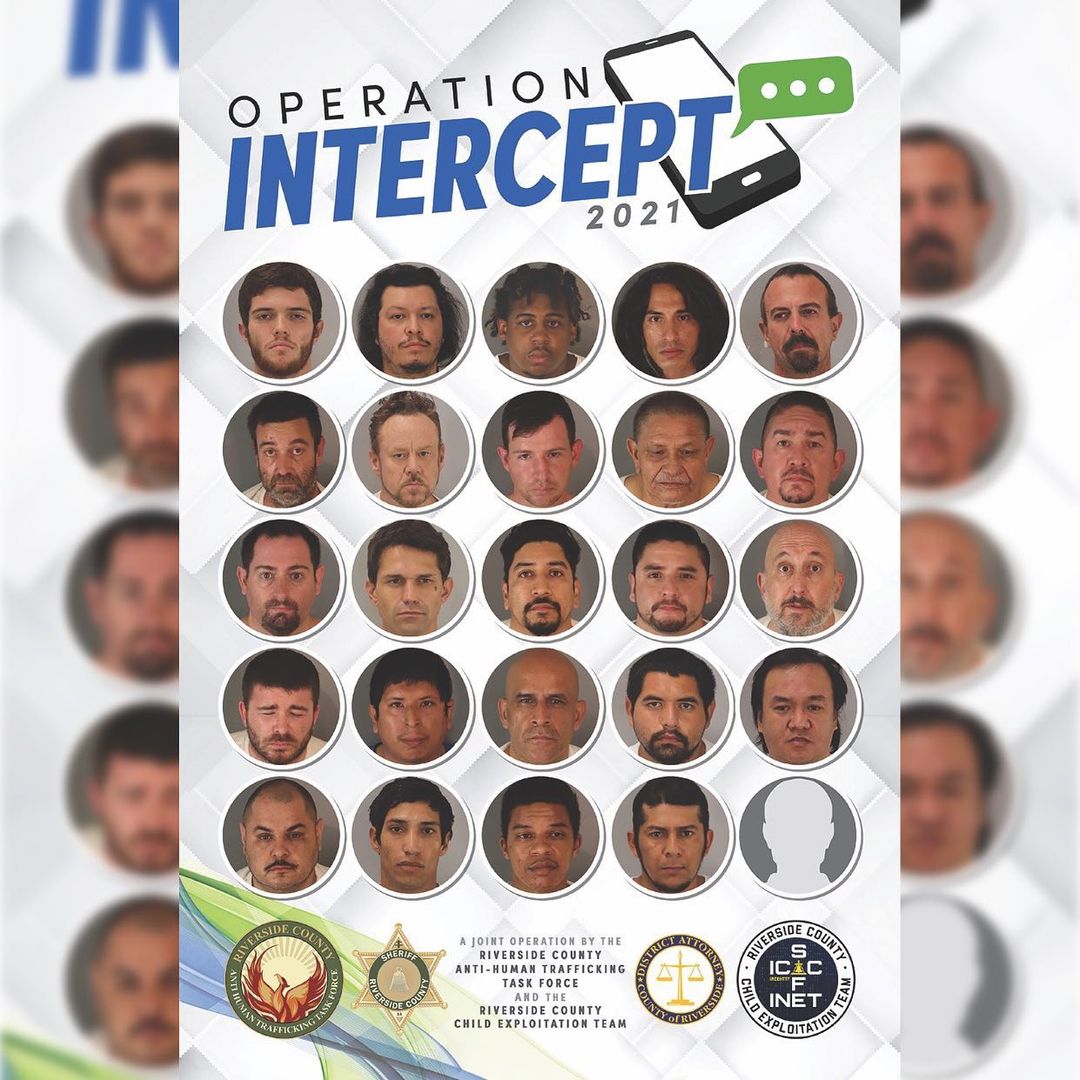 The county’s Anti-Human Trafficking Task Force joined other agencies statewide in “Operation Intercept,” in which law enforcement personnel utilized social media and other online platforms to target adults seeking to lure children under 14 years old into engaging in sexual acts.

“The intent of `Operation Intercept’ was to locate potential sexual predators who actively sought minors on social media platforms for the purpose of committing lewd acts,” according to a statement released by the Riverside County Sheriff’s Department. “This operation was also meant to reduce Internet `child predators’ actively seeking to commit lewd acts with minors throughout Riverside County.”

During the monthlong operation, men seeking sex with minors initiated online conversations with law enforcement personnel posing as children, according to the sheriff’s department. The suspects then arrived at predetermined meeting locations and were arrested and transported to county jail.

Arrestees ranged in age from from 22 to 61. The men were residents of Riverside County cities including Palm Desert, Indio, Moreno Valley and Murrieta. Others resided in Los Angeles and San Bernardino counties.

Most of the individuals arrested in the county sweeps were booked on suspicion of solicitation of a minor, and arranging to meet with a minor with the intent to engage in lewd sex acts.

Others were booked on suspicion of possessing a firearm, distribution of child pornography and violation of parole.

Anybody with information regarding the operation was urged to contact Sgts. Jose Tijerina or Robert Menchaca at 951-955-1700.