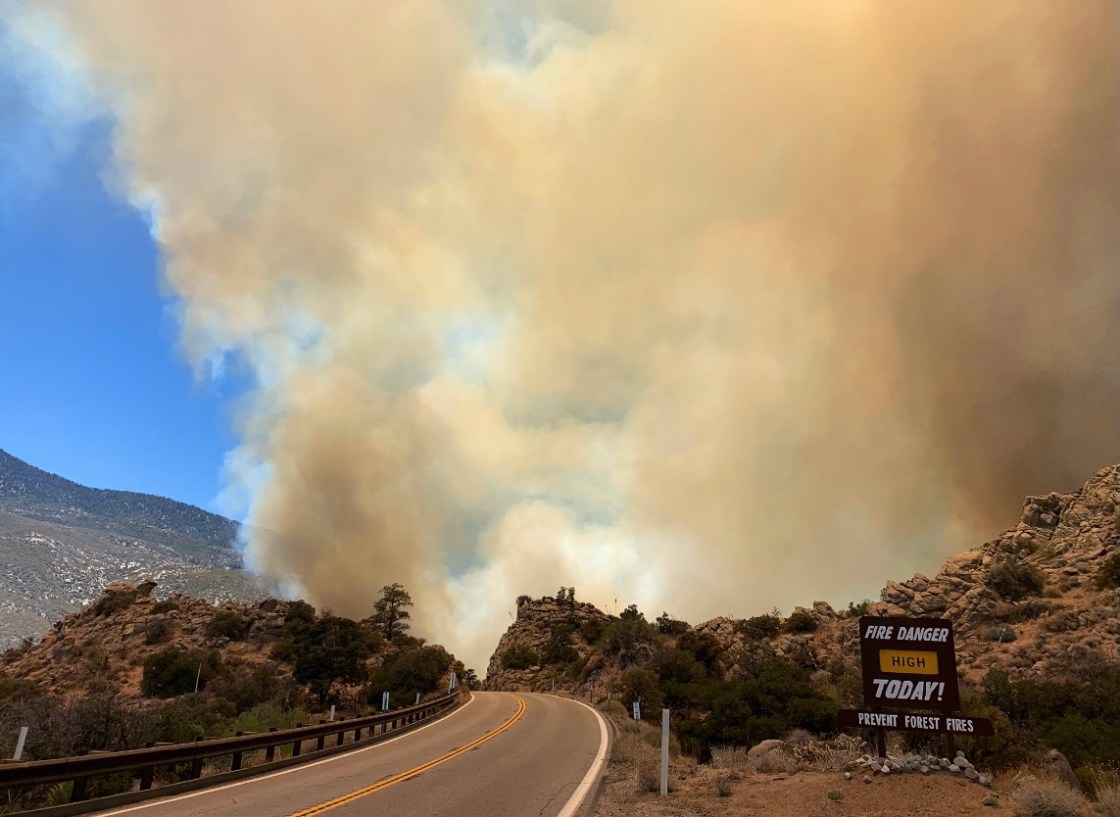 According to the San Bernardino National Forest Service the Flats Fire is now 85 percent contained and State Highway 74 is reopened.

The Flats fire broke out for unknown reasons just after 11 a.m. Sunday near state Route 74 west of the Pinyon Flat campground, about eight miles south of Palm Desert, according to the U.S. Forest Service.

The flames soon jumped the highway burning to the northeast, prompting a mandatory evacuation order for residents of Pinyon Crest, which was downgraded to an evacuation warning as of midday Monday. Evacuation warnings also remained in effect for the nearby communities of Pinyon Pines and Alpine Village.

About 400 firefighters were working amid high temperatures and within rock terrain to encircle the blaze. The forward rate of spread was halted by Sunday evening, officials said.

The flames destroyed two homes, and damaged three homes and three outbuildings, according to officials, who said one firefighter suffered unspecified injuries.

SR-74 was shut down in both directions between Cahuilla Tewanet Vista Point to the east and Palm Canyon Drive east of Ribbonwood.

The public was asked to avoid the area, although residents with valid identification were being allowed through and escorted by a pilot vehicle.

An evacuation center was set up at Idyllwild Elementary School, 26700 state Route 243. The center will remain open until all evacuation warnings are lifted, according to the U.S. Forest Service.

Small animals can be taken to the Coachella Valley Animal Campus in Thousand Palms, 72050 Petland Place, and both large and small animals can be brought to the Riverside County Department of Animal Services facility in San Jacinto, 581 S. Grand Ave.

The blaze sparked just as a ridge of high pressure began to move over the Southland, bringing temperatures 15 to 20 degrees above average, low humidity and elevated fire danger.

According to the National Weather Service, valleys, mountains and desert slopes will be most susceptible to fires in the afternoons and evenings, as relative humidity drops to single digits and temperatures reach triple digits in the Inland Empire.

“These elevated fire weather threats while not critical, will be greatest Tuesday through at least Friday,” the NWS said.