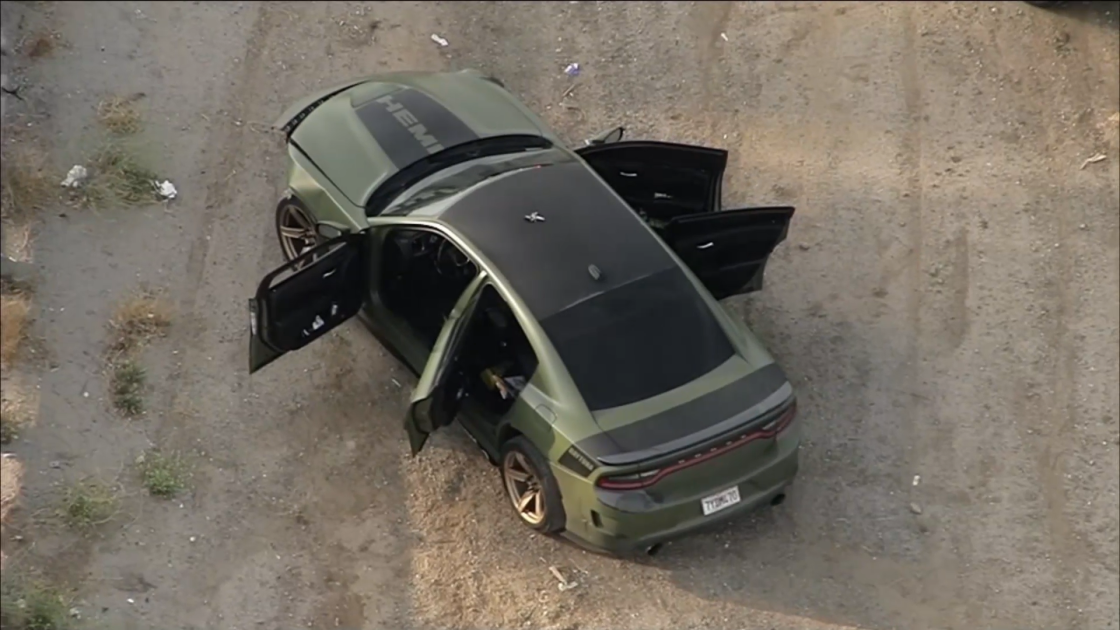 Wanted Man Fatally Shot by Deputies During Confrontation in Menifee

A wanted man involved in a confrontation with U.S. Border Patrol agents and Riverside County sheriff’s deputies was fatally shot as he attempted to flee from deputies while armed on Interstate 215 in Menifee, authorities said Wednesday.

The deputy-involved shooting happened about 5 p.m. Tuesday on northbound I-215, just south of Ethanac Road, according to sheriff’s Sgt. Deanna Pecoraro.

She said the pursuit began nearly a half-hour earlier when Border Patrol agents started trailing the suspect, whose identity was not immediately released, on southbound Interstate 15 in Lake Elsinore.

The agents identified the motorist as a man wanted for an alleged firearm assault in Ventura County, Pecoraro said.

According to the sergeant, after the suspect exited the freeway and pulled into a gas station, the federal officers attempted to corner him, but he “drove his vehicle toward the agents and struck two Border Patrol vehicles as he fled.”

The Sheriff’s Department was alerted to the encounter, and patrol deputies converged on the area, spotting the fleeing suspect on a street in Temecula.

Pecoraro said a unit signaled the suspect to stop, but he “fled at a high rate of speed, and a pursuit was initiated.”

The chase alternately went north and south on I-215, as the man attempted to shake patrol units, even driving into oncoming traffic at least once, the sergeant alleged.

She said that while going northbound on I-215, just before 5 p.m., the suspect came to a stop in the center median.

“The suspect fled the vehicle on foot, jumped over the median and ran into southbound lanes … armed with a handgun,” Pecoraro said. “At that time, a deputy-involved shooting occurred.”

No deputies were injured, and they attempted life-saving treatment on the man until paramedics arrived. He was taken to a trauma center but died a short time later, according to Pecoraro.

She said the deputies involved in the shooting, whose identities were not disclosed, have been placed on paid administrative leave. The District Attorney’s Office was conducting a joint inquiry with the sheriff’s Force Investigations Detail to determine whether the shooting was justified.