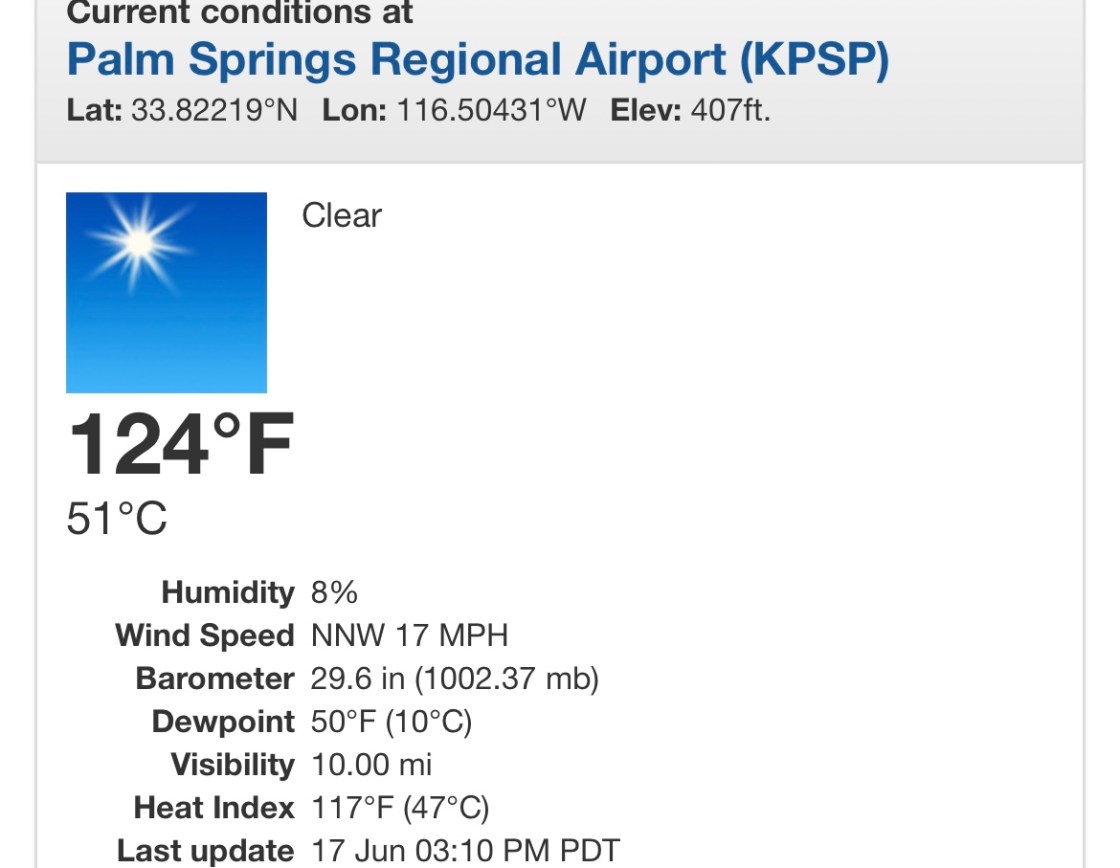 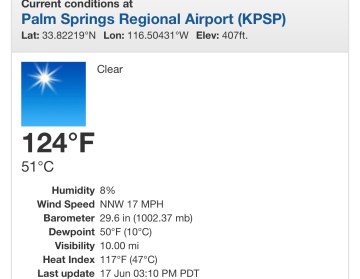 Other current temperatures just after 1:00PM included 117 in Thermal and Thousand Palms, 119 in Palm Desert, and 115 in Indio.  The 122 in Palm Springs is the hottest in the United States, hotter than even Death Valley where at 3:00PM it was 121 degrees.

Grid operators for California’s electrical supply have issued a Flex Alert asking customers to conserve electricity in the wake of the oppressive heat.