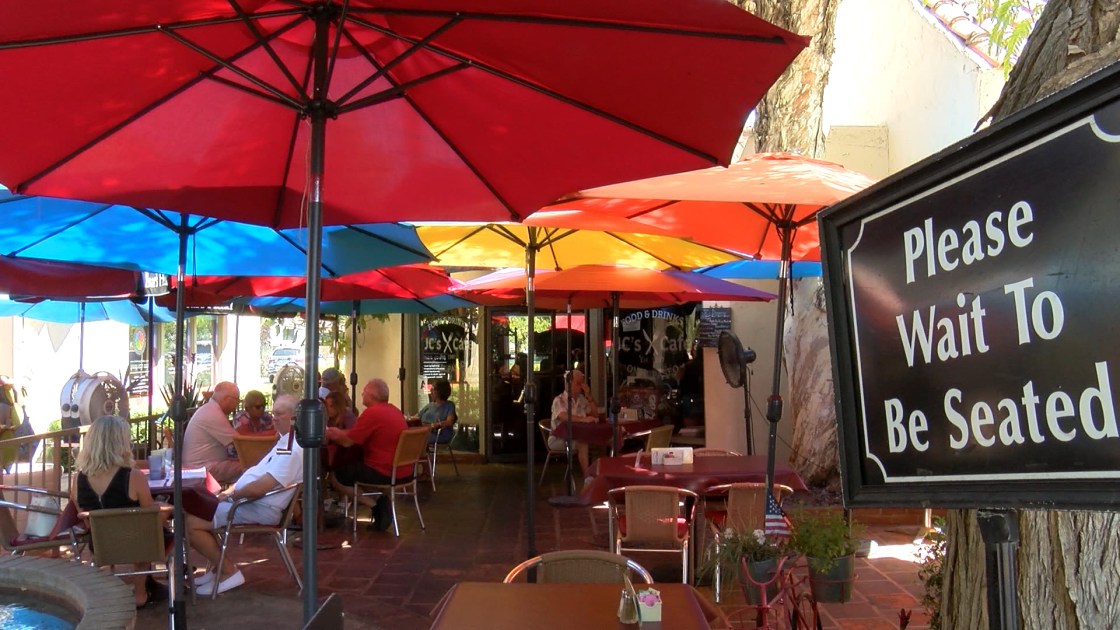 Father’s day is the first holiday since the state reopened this past Tuesday, and despite the harsh heat, restaurant owners say the crowds keep coming. Typically business across the Coachella Valley this time of year is quiet. But this season restaurant owners are seeing a change.

“It’s been kind of surprising, just because it’s been super hot and we didn’t expect, traditionally we don’t even have this much business for Fathers Day,” said Michelle Hutchinson, Owner of JC’s Cafe.

After a week of record-breaking temperatures, crowds still showed and reservations booked up for the evening.

“We still get customers that want to sit on the patio and that’s fine because we have extra misters but mostly everybody is just so happy to be inside, especially actually sitting at the bar, that’s like the best,” said Nancy Prieto, Owner of TQLAS.

“I think last summer when everything was closed inside they got kind of re-educated to go, oh yeah, I can sit in 122, it doesn’t really bother people as much as it used to,” added Hutchinson

Customers also appreciate the lifted restrictions, not having to wear a mask, and in-time owners hope to make masks a thing of the past.

“We’ve all been under quarantine for a year and limited and now everything is somewhat coming back to normal, we are still getting a lot of people that enjoy going out,” explained Prieto.

“Straight up, high five and no masks, some people are still comfortable with them on, and we appreciate that and respect that as well, but on the whole we pretty much, nobody is doing masks in or out, so it’s kind of fun,” said Hutchinson

And as business owners hope this weekend will be the start of busier times, they still want to take the time to acknowledge all the dads.

“Appreciating them by making sure they’re comfortable and well-fed and tended,” added Hutchinson.