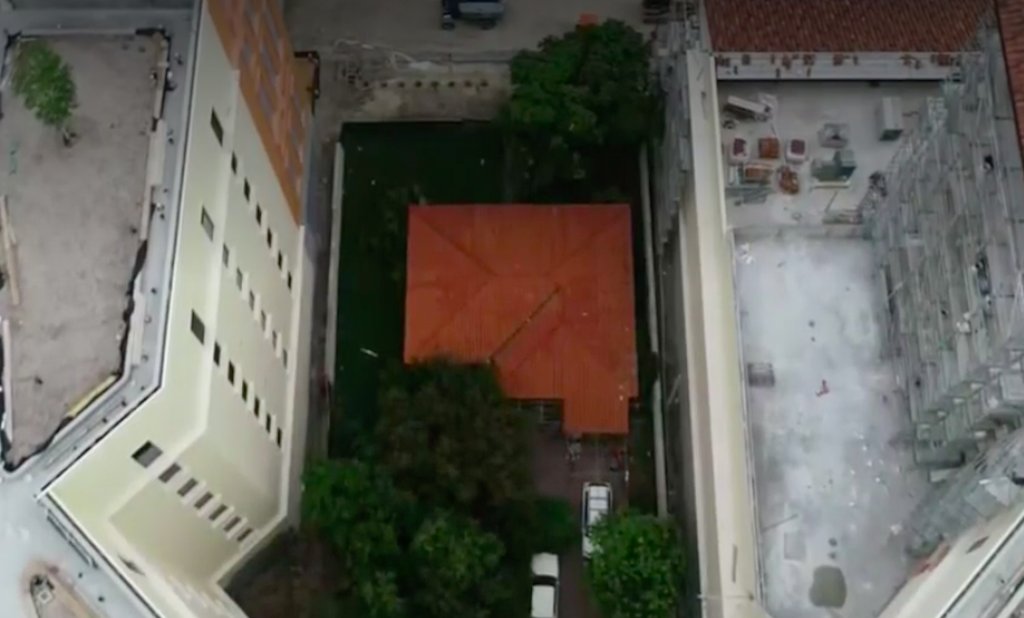 MIAMI (WFOR) — A small single-family house stands in the middle of a huge construction project in Coral Gables.

The $600 million commercial development is the largest in the city’s history.

The homeowner says his home carries priceless sentimental value and he won’t sell it, mo matter the noise, rubble or price.

Speaking of price, the owner Orlando Capote has been offered a lot, many times.

“The house is my soul. So what good is it to sell your soul for all the money in the world.”

His home in the middle of a construction zone and is now engulfed by the most mega commercial development in Coral Gables history.

“This house is like a hard drive. As I look around and live in it and move through it, I relive a lot of memories. That I could not find in another house,” said Capote.

Capote tells CBS4 News that when his father came from Cuba, he worked double to buy this home for their family.

He would spend the majority of his time outside with the mango trees.

In 2005, his dad passed and in 2020, he lost his mother, who countless times told him she did not want to sell their family treasure.

For the past 6 years, Capote has refused more than 60 offers to sell to developers, real estate agents or flippers who made offers up to $900,000 for the two-bedroom, two-bathroom, 1,300-square-foot house.

Orlando says the city has broken violations, as he is now engulfed by the upcoming plaza development.

The city of Coral Gables maintains that no laws have been broken and the fire code has not been violated.

They told our partners at the Miami Herald, “The issues raised have been extensively reviewed and investigated.”

“You can see some of the trash that has already fallen on the side. Which would not happen if the building was actually 35 feet high or at least 50 feet away.”

While his house still stands, Capote says he is not going anywhere.

The Coral Gables man tells me his parents’ memories still linger in the house.

“I do not feel alone in the house. Maybe they are.”

CBS4 reached out to the developers this afternoon. We haven’t heard back, but it’s important to point out they have done everything with the appropriate permits and permission from the city.