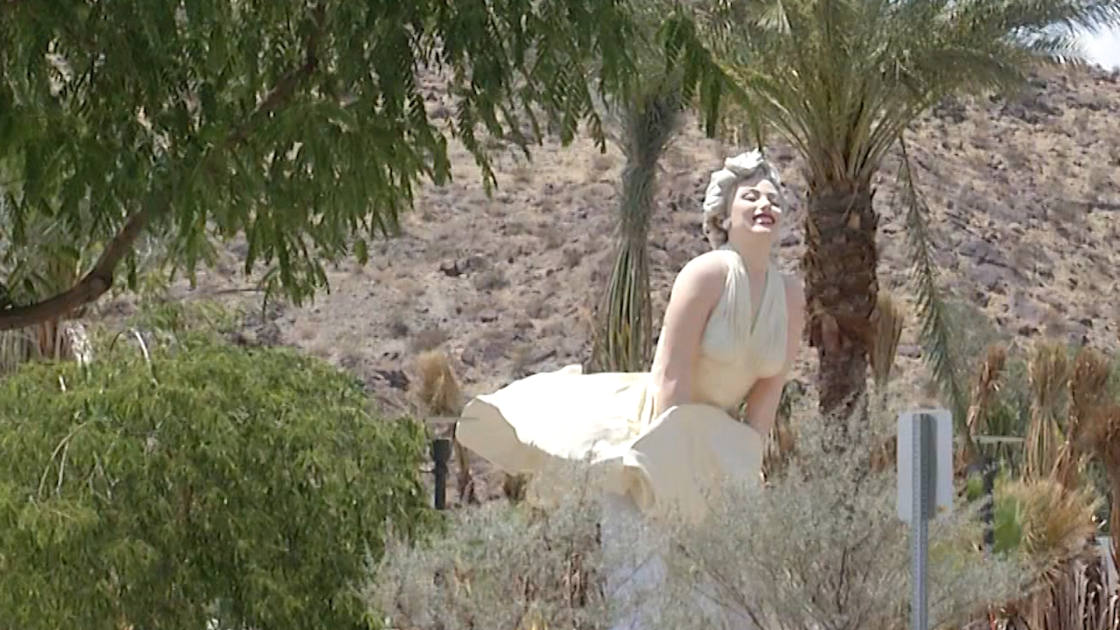 What was supposed to be a night of celebration turned into a divisive evening.

Supporters and protestors clashed in front of the Forever Marilyn statue in downtown Palm Springs.

Some protesters said they’re unhappy with the statue’s location, while another group called #metooMarilyn says the statue objectifies an icon.

“We do not want silenced women, misogny has got to stop,” said Emiliana Guereca.

However hundreds of visitors at the unveiling welcomed the icon back, and said they believe Marilyn will attract visitors to the recently re-opened downtown Palm Springs.

“They paid a million dollars to bring her back, because it brought back the businesses. This is a tourist area,” said Smokey Rivera Perez.

The differing views led to arguments throughout the night.

Now some are even calling for the boycott of local businesses led by outspoken protestors like Trina Turk, founder of the committee to relocate Marilyn.

Palm Springs council says they plan to bring the city together through an open dialogue.

“We know that we will not always agree on issues, but we want to have open transparent conversations about these issues. I appreciate the people that’s raising issues about Me Too, and how women are treated in the media,” said Mayor Christy Holstege, Palm Springs.

“Once people raised the Me Too aspect, the sexual discrimination aspect of this statue, we went to work to really find what are the real facts about marilyn, how did she feel about that moment, was it empowering for her,” said Mayor Holstege.

City staff says they think marilyn is a great addition to the area, and they’re working with PS Resorts to measure her impact.

“PS Resorts is going to do a study after two years including attendance at the museum, and how its helped the businesses, and they can move her earlier if it’s not helping. I think it’s going to be a great help, and I think people are thrilled she’s back,” said council member Kors.

In April, a judge denied a motion that would block the Forever Marilyn statue from being on Museum way, and a scheduled hearing for that case takes place July 20th.