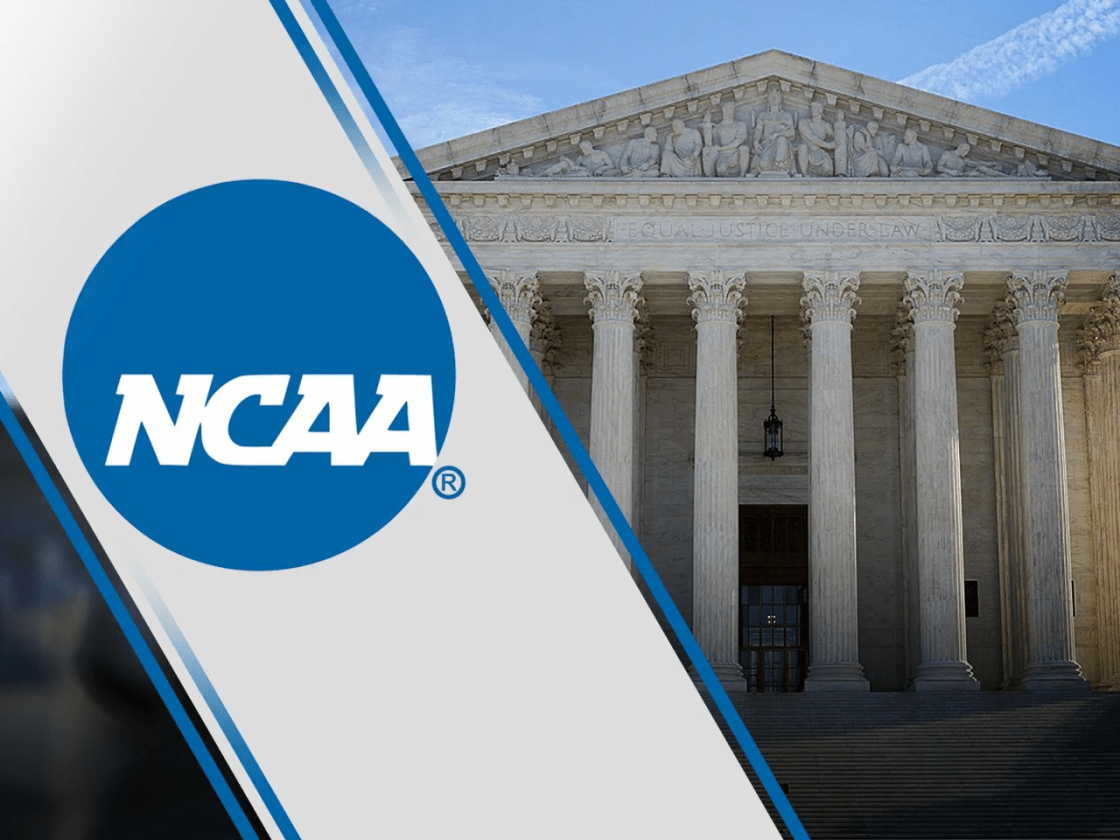 The US Supreme Court changed the rules on college sports Monday, determining that student athletes can be compensated, somewhat — a decision that comes as college sports is facing a massive shift.

This particular decision clearing the way for some education-related payments may not lead to massive contracts for Division 1 recruits to major sports, but it is a huge step toward paying talented young athletes for their work, something the NCAA has been fighting for years.

A unanimous Supreme Court ruled the NCAA rules amounted to price fixing in its first look at college sports since the 1980s, when it also ruled against the NCAA and opened the floodgates for colleges to make a mint off television rights.

While the ruling was focused on the specifics of the suit, Justice Brett Kavanaugh seemed open to a much broader change in a concurring opinion.

Money quote: “Nowhere else in America can businesses get away with agreeing not to pay their workers a fair market rate on the theory that their product is defined by not paying their workers a fair market rate,” Kavanaugh wrote. “And under ordinary principles of antitrust law, it is not evident why college sports should be any different. The NCAA is not above the law.”

Perhaps more consequential for athletes will be a raft of 19 state laws going into effect in coming years that will allow college athletes to profit from their names and likenesses.

Congress may override those state laws and set a national standard. The NCAA wants to work with lawmakers and is already planning its own rules to allow students athletes to make money from endorsements on social media and in other ways.

The player at the heart of this. The Supreme Court decision Monday was narrowly tailored around a case brought by a former West Virginia running back, Shawne Alston and others.

Not a household name, Alston helped the Mountaineers win an Orange Bowl, but never made it in the NFL. His battle against how the NCAA treats athletes has carried on for a decade.

Alston told The New York Times back in 2017 that despite helping West Virginia bring in glory and revenue, he was struggling to find the money to feed himself. West Virginia’s current head coach, Neal Brown, is not among the highest paid college football coaches — and he makes close to $4 million per year.

Where’s the money go? Today, the NCAA alone can bring in more than $1 billion dollars in non-Covid years. Most of that money comes from the NCAA basketball tournament. Schools often make money off football programs, although the NCAA argues on its website that most schools operate their athletic programs in the red after the money is spread to sports that don’t bring in thousands of fans or TV contracts.

Completely unfair. That doesn’t change the fact that top college coaches are making millions each year while top college athletes, technically amateurs, aren’t making anything beyond access to their education and the ability to play college sports. That seems like an increasingly unfair trade given the amounts we’re talking about.

A series of recent lawsuits. Alston also took part in the most notable, which pitted former UCLA star Ed O’Bannon against the NCAA after his picture was used to sell a video game.

California ultimately became the first state to pass a law to give college athletes access to endorsement deals, although it does not go into effect until 2023. Other state laws — in Texas, Florida, Georgia, Alabama and elsewhere — go into effect this coming year, according to The Athletic.

Bipartisan backing. That puts Congress on deadline to pass something before its August break if it doesn’t want student athletes in some states making money off limits to students in other states.

Congress has plenty of options, according to CNN’s report:

Amateurs vs. poseurs. This win for college athletes who feel exploited comes after the other major college sports and equality development of recent years — the revelation, a year before the pandemic shut everything down, of the SAT cheating and college admission scandal in which wealthy students posed as athletes for less mainstream sports and coaches at elite schools were paid off.

Both scandals hinge on tremendous inequality in the college sports system. In the admissions case, it was wealthy parents helping their kids fake athletic prowess to gain admission to desirable schools.

There’s also the coming next reckoning over affirmative action. Asian American students say they’ve been discriminated against by Harvard’s admission policies. The Supreme Court delayed action on that case earlier this month.

Who gets in where, and how, and what they get for it is not a question that’s going away as we come to terms with the unequal playing field for American kids.

College sports and the Olympics. We’ll all be thinking very much about high-level amateur athletes this summer during the Olympics, which are set to kick off in Japan on July 23, a year late. A large portion of the athletes, few of whom compete in revenue-generating sports, will have an affiliation with an American college athletic program. These are the types of non-revenue programs US schools are cutting.

Stanford, for instance, which fields more Olympic athletes than many countries, backtracked this year on plans to cut eleven of its Olympics-heavy sports programs.

Pros of yore. There’s a longer arc to this conversation, too. I was, coincidentally, in Jim Thorpe, Pennsylvania, over the weekend.

The town, somewhat strangely, is named for Native American Olympian and football player Jim Thorpe, who went to the now-defunct Carlisle Indian Industrial School, which wanted to assimilate Indian children in the early 1900s and also revolutionized the game of football, defeating Harvard and other powerhouses of the time.

What’s interesting to me today is that Thorpe was stripped of his 1912 Olympic decathalon and pentathalon medals because he’d been paid to play baseball years earlier when he was just 16, and reportedly at the instruction of his college football coach, Pop Warner, breaking Olympic rules about amateur status. His medals wouldn’t be reinstated until the 1980s, long after his death. The point here is that sometimes, looking back on old rules, they seem very silly.