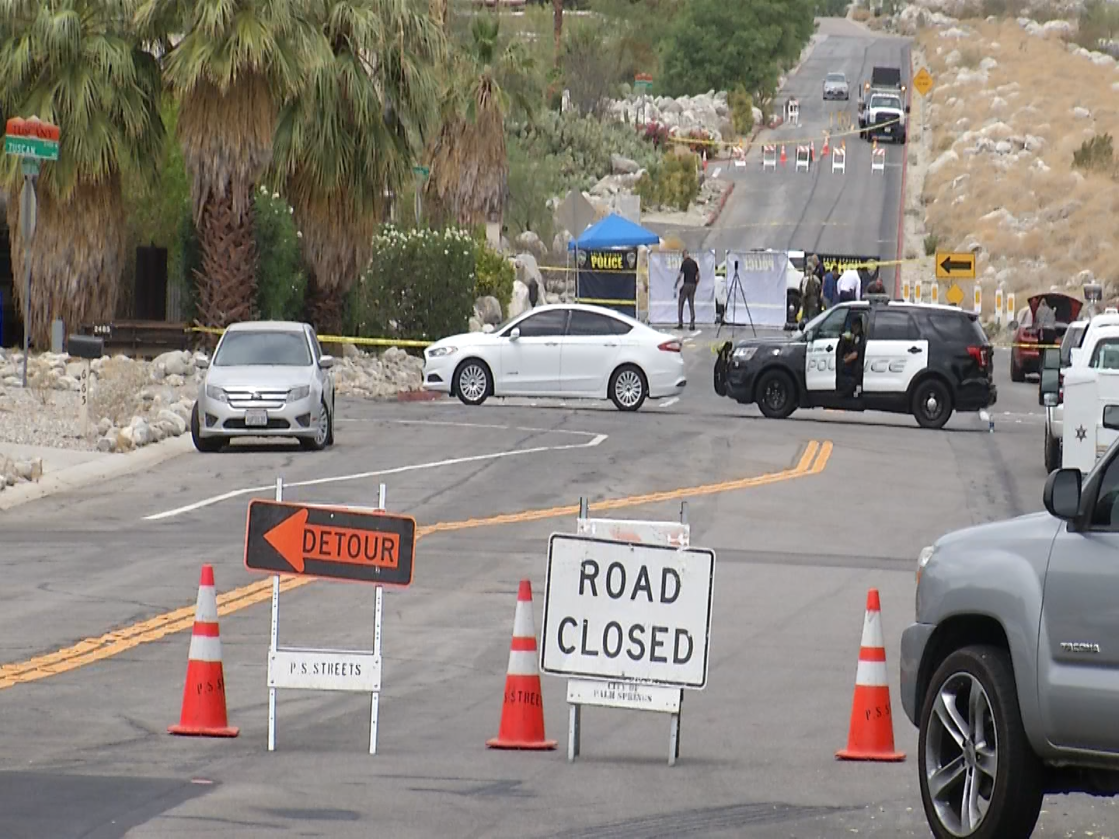 A man was shot and killed Tuesday morning in Palm Springs, and a suspect was in custody.

Officers were sent to the 700 block of West Racquet Club Drive about 4:15 a.m. on a shooting report and found a man dead in the street, according to Sgt. Mike Casavan of the Palm Springs Police Department.

According to police, Jeff Burgess, 42, of Sky Valley, called 911 and “reported being involved in a shooting” at the location.

Burgess was later arrested on suspicion of murder, according to police, but jail records did not immediately reflect that he had been booked. His criminal history, if any, was not immediately clear.

Nobody else was injured, and there was no word on what precipitated the shooting.

The name of the victim was not immediately released.