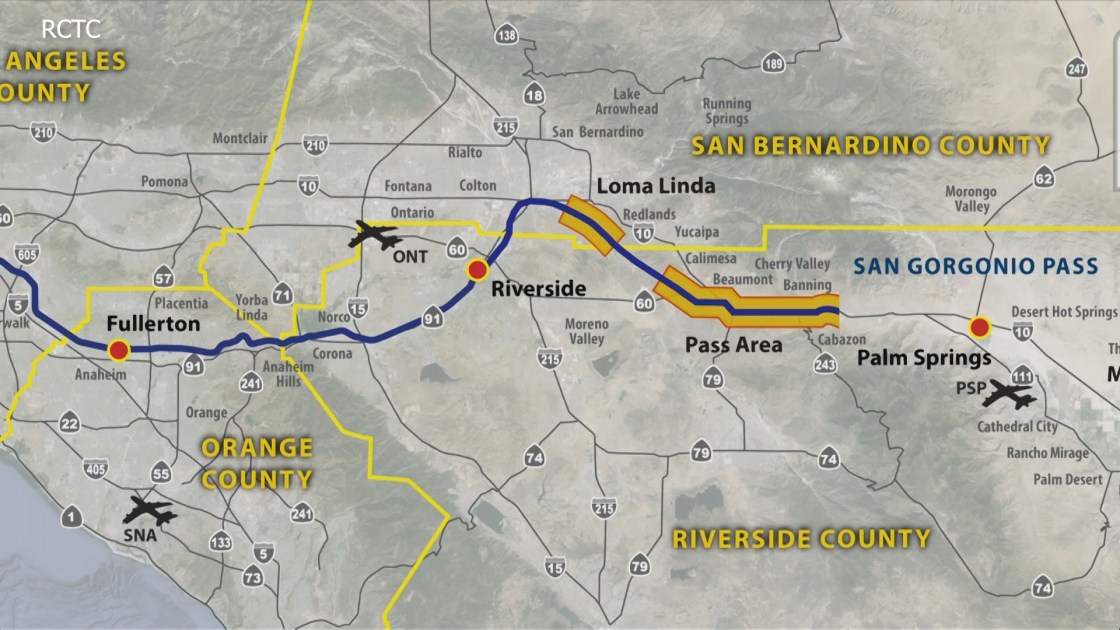 “The service would start in the west at L.A. Union Station and terminate on the east in either Indio or Coachella,” said JD Douglas, Project Manager of Coachella Valley Rail Project.

The project is currently reviewing the environmental impact report and holding public hearings, the next step would be preliminary engineering.

Southern California has the second busiest rail corridor in the nation, extending between San Diego and Santa Barbra, but the missing link is a connection to the Coachella Valley.

So when could residents begin hopping on the train?

“Likely it would be at least five to ten years before service is actually implemented. All that is dependent on the agreements, the requirements for capital improvements, and our ability to secure funding,” explained Sheldon Peterson, Riverside Transportation Commission.

Officials presented a visual representation of what the eastern portion of the route would look like. Some decisions still remain, including how far east the route would extend.

“There are really limited constrained travel options other than driving a car between the L.A. basin and the Coachella Valley. and so especially disadvantaged communities would benefit from having an additional convenient and reliable type of transit service,” said Douglas.