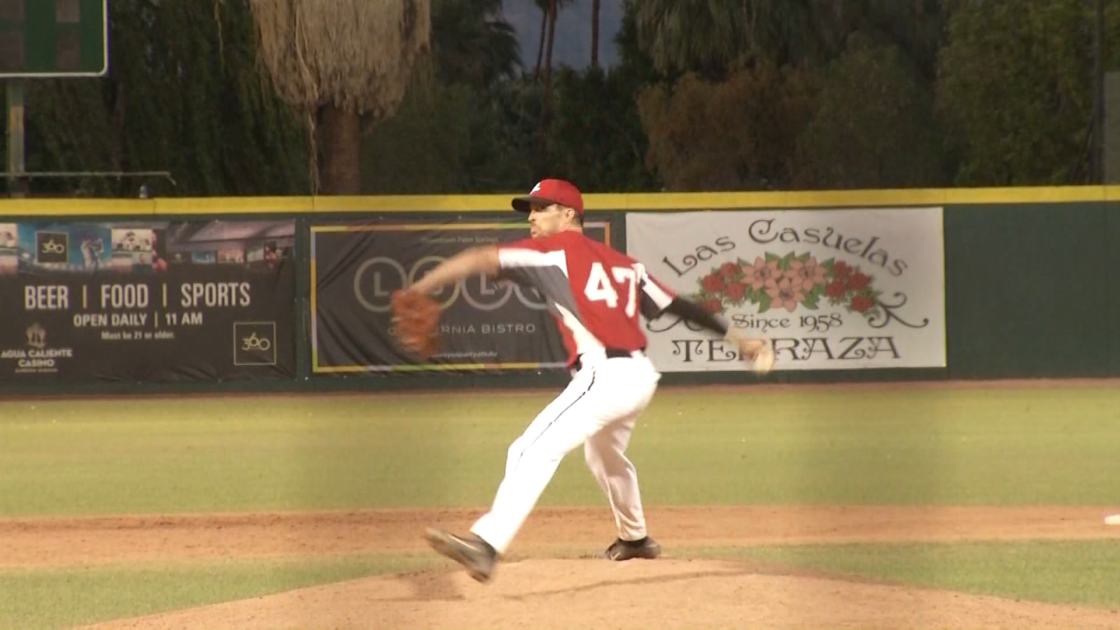 The baseball journeyman is hoping for another shot to play the game he loves at the highest level.

“I was drafted in 2009 at El Camino High School. Oceanside, California, out of high school, I was pretty raw, I didn’t really know what I was doing things didn’t really click for me, I was always pretty inconsistent,” said Swilley.

That stretch ended after a few years in the minor leagues and Tommy John surgery.

“I came home to rehab my shoulder. And I took quite some time off having pitch professionally. And I guess that makes it six years now,” said Swilley.

In order to maintain his game he’s been taking to the bullpen and finding ways to keep his arm warm. Joining the Palm Springs Power team was on that list.

With scouts in the crowd and radar guns directed his way Friday night, Matt delivered throwing in the upper 90’s knowing he has limited opportunities for another chance at the big leagues.

“With age and then how things have progressed in baseball, like if I want any shot at it like it’s gonna have to be impressive,” said Swilley, “Now, especially being 30. I know I’m gonna have to be throwing really hard and yeah, just have really good off-speed, some outliers in terms of pitches that kind of make me stand out.”

Matt is realistic and knows it’ll be do or die every time he take to the mound.

Even with everything he has to deal with to try to reach his goal, he’s staying motivated and hopeful.

“Baseball is really fun. I miss competing aspect of it out on the field. I just really enjoy just pitching.”