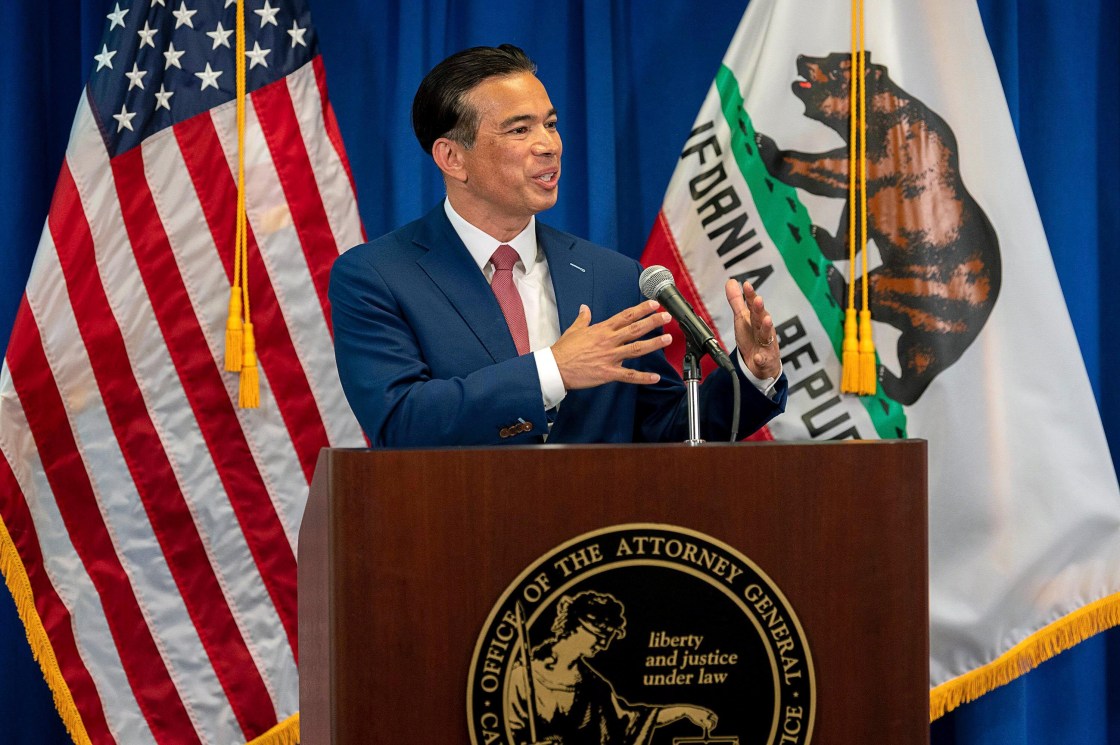 “It’s unfortunate that some politicians would rather demonize trans youth than focus on solving real issues like tackling gun violence, beating back this pandemic and rebuilding our economy,” Bonta said at a news conference Monday.

The additional travel restrictions mean that California has now banned state-funded travel to 17 states under Assembly Bill 1887. The bill “prohibits the state from requiring employees to travel to a state subject to AB 1887’s travel prohibition,” as well as “prohibits California from approving a request for state-funded or state-sponsored travel to such a state,” according to the state attorney general’s office. It does not apply to personal travel.

The banned states, Bonta told reporters Monday, “are working to prevent transgender women and girls from participating in school sports, consistent with their gender identity.”

“It’s all part of a movement to limit the rights of LGBTQ Americans as a movement,” he said.

While the California attorney general’s office said the ban applies to all state-funded travel, there are exceptions; for example, if travel is required to maintain grant funding or licensure, or for auditing and revenue collection purposes.

The state attorney general’s office told CNN in a statement that “it’s ultimately up to each California agency, including universities, to make determinations about the steps they’ll need to take to comply with AB 1887.”

California has previously received pushback for its travel bans.

“California and its elected officials over the past few years have banned travel to the State of Oklahoma in an effort to politically threaten and intimidate Oklahomans for their personal values. Enough is enough,” Stitt said at the time.

On Monday, news of California’s expanded travel ban was celebrated by LGBTQ rights advocates, including the Human Rights Campaign, one of the nation’s largest LGBTQ advocacy groups.

“California’s announcement today shows that states passing anti-transgender laws will face real world consequences for their cruel actions. The legislatures that have enacted these laws are choosing to trade away economic opportunities in order to target transgender young people based with no pretext,” Human Rights Campaign President Alphonso David told CNN in a statement.

Advocacy groups have already called 2021 a record-breaking year for anti-LGBTQ legislation, with at least 23 states having introduced more than 100 bills that aim to curb the rights of transgender people across the country.

According to data from the Human Rights Campaign, one of the nation’s largest LGBTQ advocacy groups, at least 117 bills have been introduced in the current legislative session that target the transgender community. It’s the highest number the organization has recorded since it began tracking anti-LGBTQ legislation more than 15 years ago.

The majority of bills would affect transgender youth, a group that researchers and medical professionals warn is already susceptible to high rates of suicide and depression.

“Make no mistake: We’re in the midst of an unprecedented wave of bigotry and discrimination in this country,” Bonta said Monday. “And the state of California is not going to support it.”