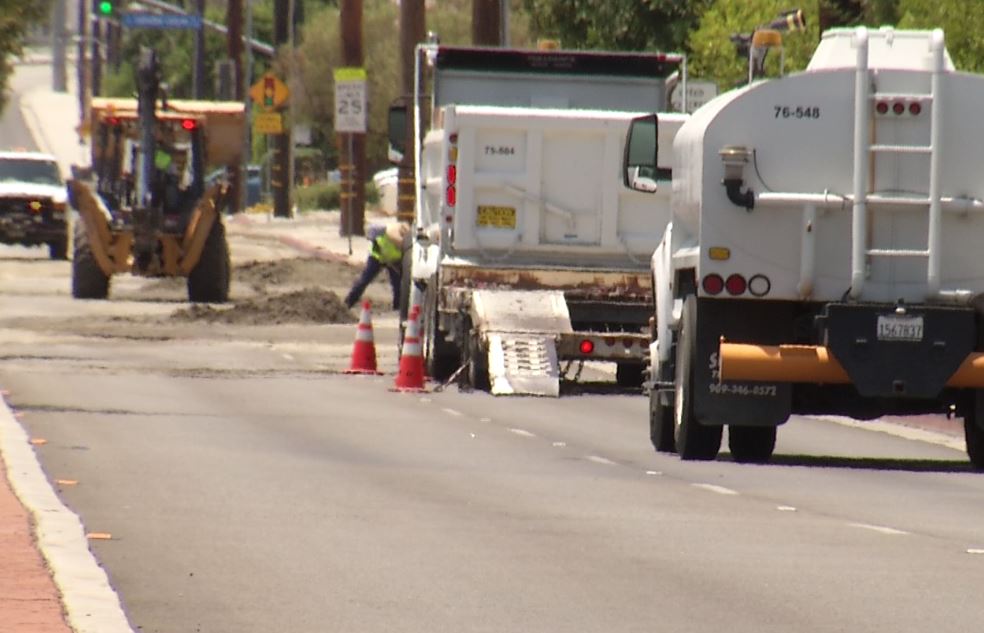 The single vehicle collision was reported at about 11:40 a.m. on Dinah Shore Drive between Cathedral Canyon Drive and Via De Anza.

In a press release, Cathedral City spokesperson Chris Parman, reported the driver hit the fire hydrant while making an illegal U- turn and left the scene.

Cathedral City police officers have identified the driver and the vehicle was located at his home, according to Parman.

It was unclear whether anybody was injured.

The driver provided Cathedral City Police Department with insurance information which may be used to reimburse the Coachella Valley Water District.

The flooding also caused a sinkhole to develop in the area, which could complicate the roadway’s reopening.

Dinah Shore Drive eastbound was expected to reopen around 5 p.m. if the sinkhole didn’t cause extensive damage, Parman said.

The westbound lanes of Dinah Shore Drive will reopen around 10 p.m.

While the road remains closed, motorists are advised to use East Palm Canyon Drive or Ramon Road.