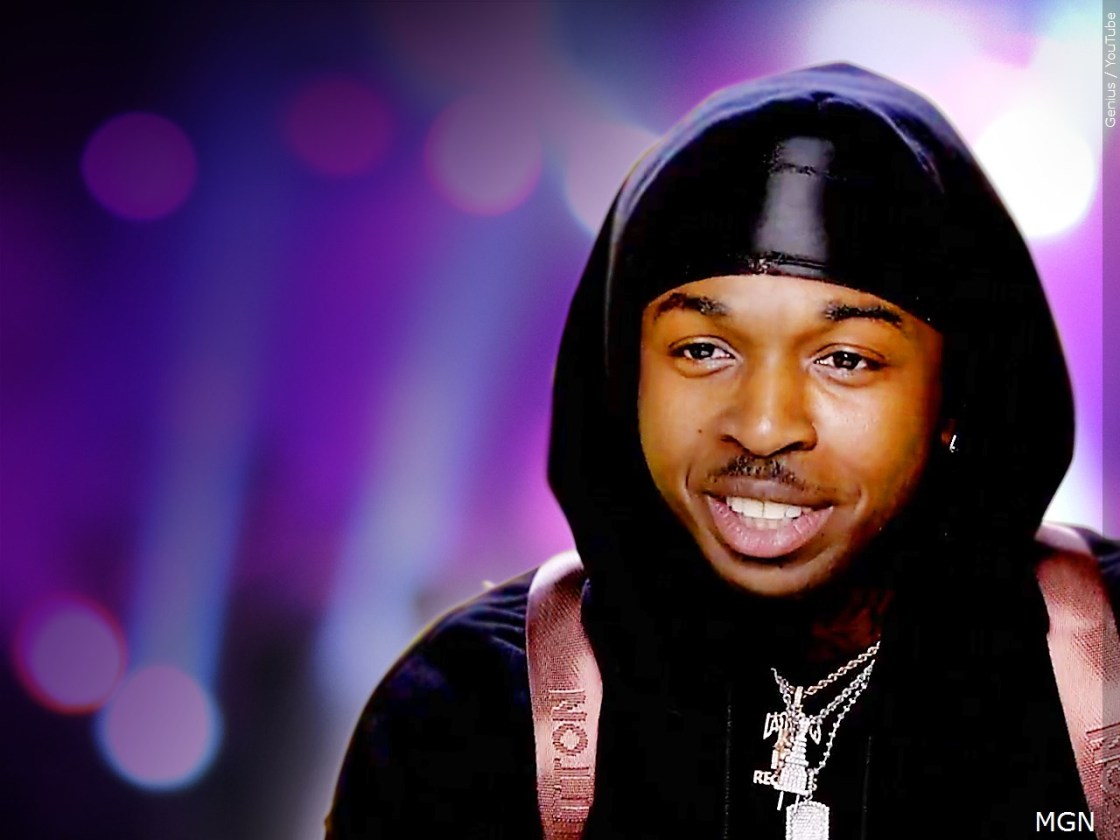 The prosecution announced Tuesday that it won’t seek the death penalty against a man who is charged along with three juveniles in the killing of rapper Pop Smoke during a robbery at a Hollywood Hills home last year.

Corey Walker, 20, could now face a maximum of life in prison without the possibility of parole if convicted of the Feb. 19, 2020, killing of the 20- year-old New York-based rapper, whose real name was Bashar Jackson.

The murder charge includes the special circumstance allegation that the murder was committed during the commission of a robbery and burglary, along with gang and gun allegations.

Los Angeles County District Attorney George Gascon — who has said he has a “mandate from the public” — issued a directive shortly after he was sworn into office last December that says a death sentence is “never an appropriate resolution in any case.” The case had been filed under prior District Attorney Jackie Lacey’s administration.

Three other people are charged in juvenile court with murder. The county’s top prosecutor vowed in another directive that his office would “immediately end the practice of sending youth to the adult court system.”

Officers went to 2033 Hercules Drive in the Hollywood Hills at about 4 a.m. on Feb. 19, 2020, in response to a 911 call and found the mortally injured rapper, who was pronounced dead at Cedars-Sinai Medical Center.

LAPD Capt. Steve Lurie said the 911 call that brought police to the Hercules Drive address came from someone on the East Coast who “stated a friend of theirs’ home was being broken into by multiple suspects, and that one of them was armed with a handgun.

“When officers arrived there approximately six minutes later, they discovered a victim inside the house had been shot,” Lurie said. “They called the fire department, who arrived and transported that victim to Cedars-Sinai, where he was pronounced dead.”

The suspects were wearing masks and were last seen running from the home and possibly getting into a nearby vehicle.

Officers detained several people who were inside the house, according to Lurie, but “all of those folks were released. … No one was arrested at the scene.”

According to various media reports, the up-and-coming New York rapper posted photos earlier Feb. 19 or late Feb. 18 from a party at the home, even revealing the address. According to TMZ, one of the photos showed a person holding a large sum of money.

Pop Smoke released an album in July 2019, and one of the songs, “Welcome to the Party,” was considered by some the song of the summer. Nicki Minaj did a remix of the song a few months later.

The rapper also collaborated with Travis Scott on a song called “Gatti.”

Pop Smoke was named top new artist, top rap artist and top male rap artist at the Billboard Music Awards in May, while his “Shoot for the Stars, Aim for the Moon” won top rap album and top Billboard 200 album.

The rapper’s mother, Audrey Jackson, accepted the top Billboard 200 album award on her late son’s behalf, saying then that she wanted to “thank the fans for honoring the life and spirit of my son so much that he continues to manifest as if he were still here in the flesh.

“He created music for the kid who has to sleep four in a room, the kid who has to figure out how to get to school each day so he can graduate and make his mom proud,” she continued. “He did this so that 14-year-olds would not have to kill to prove that they are somebody. That is the irony in this.”