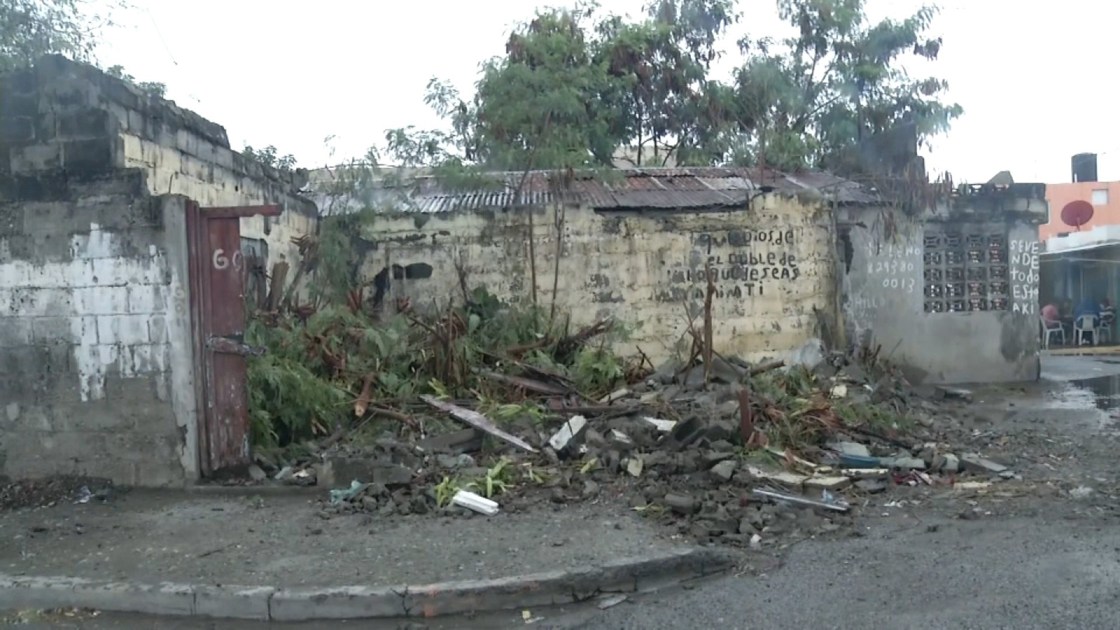 Elsa strengthens into hurricane as it approaches Florida’s west coast

Elsa was upgraded to a hurricane and is expected to make landfall Wednesday over the northern Florida Gulf Coast, according to the National Hurricane Center.

Hurricane Elsa, which had been a tropical storm, is expected to move near or over parts of Florida’s western coast Tuesday night and into Wednesday.

“Elsa is forecast to make landfall along the north Florida Gulf coast Wednesday morning and then move across the southeastern United States through Thursday,” NHS said in its 8 p.m. news advisory.

Thirty-three counties are under a state of emergency, Gov. Ron DeSantis said at a news conference.

“We’re anticipating a landfall probably between 8 a.m. and 9 a.m. tomorrow, somewhere again on the nature coast or Big Bend part of Florida,” DeSantis said. “There have not been any widespread evacuation orders.”

President Joe Biden approved an emergency declaration for the state ahead of the storm. The declaration, which began Sunday, authorizes the Federal Emergency Management Agency to coordinate all disaster relief efforts in southern Florida.

Elsa’s center, with sustained winds of 75 mph, was over water about 100 miles south-southwest of Tampa as of 8 p.m. ET, the hurricane center said.

A hurricane warning is in effect from Egmont Key near St. Petersburg in west-central Florida to the Steinhatchee River in northern Florida’s Big Bend region.

“The warm ocean waters give it that fuel for the engine to really fire back up again … (and) it could be near or at hurricane strength” when Elsa makes landfall, CNN meteorologist Derek Van Dam said.

Elsa’s outer bands also could drop rain on Florida’s eastern side, perhaps affecting areas such as the community of Surfside, where search and rescue teams still are working at the site of a deadly building collapse. Elsa’s approach prompted a controlled demolition Sunday of the remaining portion of the Champlain Towers South condo building.

As long as winds stay below 45 mph, search and rescue teams can continue looking for signs of life; if winds exceed 45 mph, teams are called off the rubble, according to Miami-Dade Fire Rescue spokesperson Erika Benitez.

A tornado watch was in effect for more than 12 million people in southern Florida until 11 p.m. ET Tuesday. This includes Tampa, Fort Myers, Miami, Surfside, St. Petersburg and Sarasota.

The major rain and storm surge threats are expected to be in western Florida.

About 3 to 8 inches of rain could fall from the Florida Keys to western parts of the Florida Peninsula through Wednesday — threatening flash flooding, the hurricane center said.

Storm surge warnings were in place for the west coast of Florida from Bonita Beach through the northern portions of the Big Bend region, with the highest surge expected to be between 3 and 5 feet from Englewood to the outlet for the Aucilla River — including Tampa Bay.

Cuba was getting heavy rainfall Tuesday morning from Elsa. Rainfall of 5 to 15 inches is expected through Tuesday night, threatening significant flash flooding and mudslides.

Elsa whipped the Keys on Tuesday morning with rain and sustained winds of 30-40 mph.

Elsa, which briefly was at hurricane strength Friday and early Saturday to become the first hurricane of the season, made landfall Monday in Cuba and tore through the Cayman Islands, saturating both areas with heavy rain and strong winds and causing landslides and flooding.

Authorities across Florida offered free sandbags to residents to help prevent flooding and are encouraging people to prepare by stocking up on supplies and heeding local warnings.

At least four counties in the Tampa area — Hillsborough, Pinellas, Hernando and Manatee — opened shelters for residents, while others have activated emergency operations centers to prepare for the storm.

“You want to be prepared for anything,” a Pinellas County Emergency Operations Center employee told CNN affiliate WFTS. “You really never know.”

“We’ve had other storms in the past that seemed like nothing but they end up with a lot of flood damage,” the emergency official warned.

Manatee County could “have almost borderline terms of a hurricane,” US Rep. Vern Buchanan said.

“Please finalize your plans and secure your homes and get ready to sort of bunker down and ride out this storm,” said Manatee County Administrator Scott Hopes.

Busch Gardens in Tampa Bay planned to close “to ensure the safety of our ambassadors, guests and animals,” according to the park’s website. At this time, the venue is expected to reopen at noon Wednesday.

Tampa International Airport said it would close to commercial flights at 5 p.m. ET Tuesday, and to cargo flights at 10 p.m. It anticipated reopening Wednesday at 10 a.m.

Sarasota Bradenton International Airport plans to close at 6:30 p.m. after the last commercial arrival scheduled for 5:30 pm, according to the airport’s website. The airport plans to resume normal operations Wednesday at 6 a.m.

One new Florida resident told WFTS she’s never been in a tropical storm.

“This is our first experience. We got the notification that we could get sandbags, and we’re right on some water, so we just want to do everything that we can at this point,” the woman said.

Even some businesses are closing ahead of the storm.

Niall Bowen, owner of Old Town Bakery in Key West, will close his business Tuesday because the storm will impact his supply chain and deliveries, he told CNN affiliate WSVN.

“As far as the impact goes, I don’t think we’re going to have a major weather event,” Bowen said.

Into Georgia and the Carolinas later this week

It could exit into the Atlantic on Thursday or Friday.

Elsa could then be a rainmaker for the extreme Eastern Seaboard until it pushes into the north Atlantic.