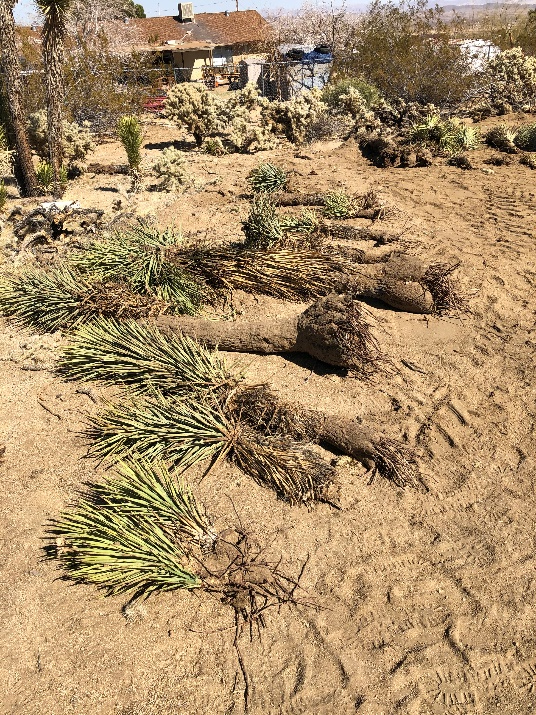 Known for their spiky leaves and short branches, the Joshua Tree was once abundant in the desert.

“The Joshua Tree is one of the most iconic species in California,” said Brendan Cummings, Conservation Director with the Center for Biological Diversity.

Cummings says across the state, numbers are dwindling.

Recently, a couple in the Morongo Basin was charged with destroying 36 of these protected plants.

“One community member watched another community member taking a backhoe and literally ripping these trees out of the ground on their property,” said Captain Patrick Foy with the California Department of Fish and Wildlife.

Joshua Trees are candidates for listing as an endangered species, making their removal illegal.

Although the couple claimed they didn’t realize what they were doing was wrong, there actions came with an $18,000 fine.

“Initial calls to the property owners was somewhat not cooperative at first, but then when they realized that this wildlife officer was on their property with a shovel, they realized that he’s going to get to his evidence whether we like it or not,” said Captain Foy.

Last September, a petition from the Center for Biological Diversity led to the plants candidate status, offering Joshua Trees temporary protection during the yearlong review.

The creator of the petition says this recent destruction shows why it needs to be extended.

“That which makes this land valuable is the beauty that draws people here and to the national park. in this mad rush to profit off of it, people are just bull dozing Joshua Trees left and right and then putting up a house and then advertising come see Joshua Tree, stay at my new Airbnb, it’s madness,” said Cummings.

Cummings says he’s confident the state will continue to protect Joshua Trees, but he adds that there are ways the community can help.

“They can speak out in support of protection and also do what they can to observe, report violations of people tearing them down, and generally just be good stewards of our desert environment,” said Cummings.