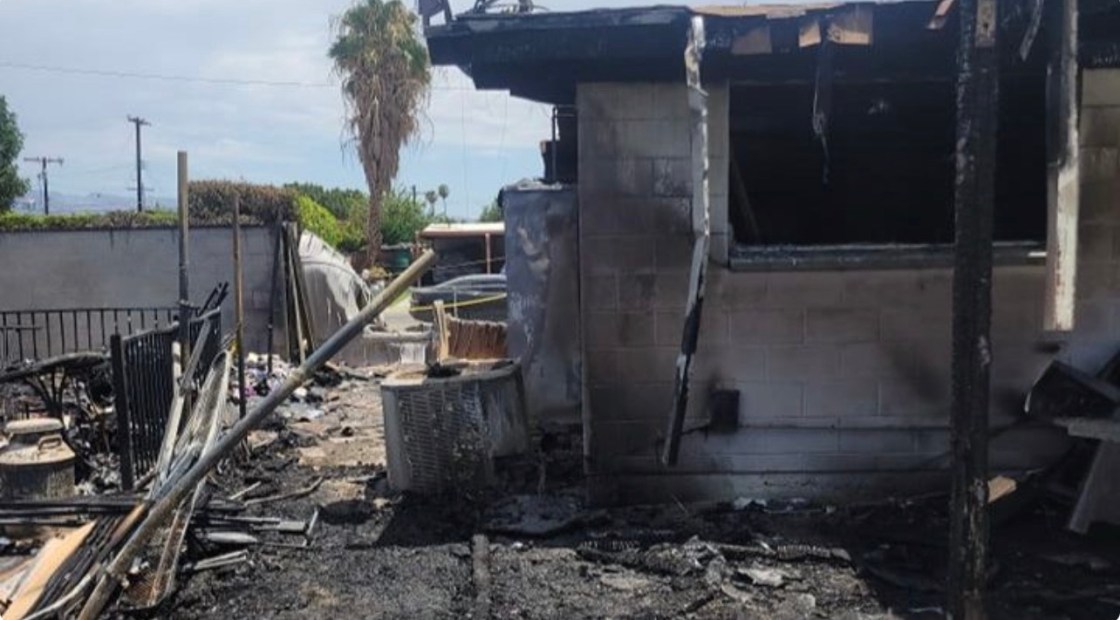 An Indio home was engulfed in flames on Saturday. It happened just before 7:00 p.m. on Linda Flora Street. Before firefighters arrived to battle the flames, a neighbor, who did not want to be identified, saw the flames spreading and began to warn others.

Cal Fire Riverside County is investigating the cause but several people heard the same thud before the fire broke out.

“When we heard the firework go up, I was in the front yard watering I head thud but normally it goes up and then, it cracks not this time,” she says.

The fire quickly spread to the Pineda home next door.

“I started seeing a fire in our neighbor’s yard and then when i tried to rush to the backyard to see it was already catching fire on the fence between ours and theirs,” says Jonathan Pineda.

Several homes were evacuated as firefighters worked to try and save the homes and prevent the fire from leveling the neighborhood. They watched in disbelief.

“You could hear the explosions and we were across the street and I saw the people they had stood right next me and we just started watching the whole side of the house just start burning,” she says as she breaks down in tears thinking of what could have happened.

The damage is so bad, City of Indio condemned the home. The Pineda family lost everything. They’re living with relatives as they try to raise funds for the basics like food and clothing.

“They keep telling us like at least you’re safe at the same time it’s you know once you start realizing of you see all the stuff that you lost you know you can’t bear it it’s really devastating,” says Pineda adding he’s been trying to be strong for his mom and sister who lived at the home together, but behind his smile is stress and heartbreak.

Their neighbor says tragedies like teach you the importance of community, “Sometimes you don’t talk to your neighbors and when something like this happens you start realizing you need your neighbors support, we have to be watching out for each other.”