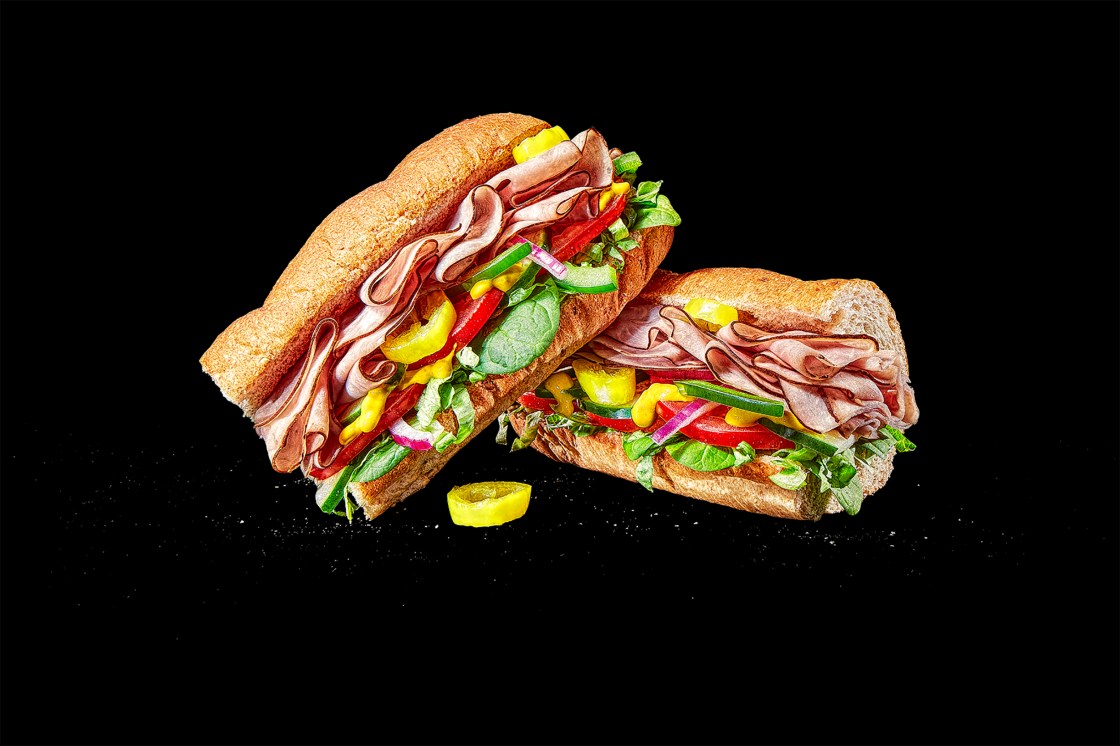 After years of declining sales, Subway is hoping to reintroduce itself to customers and convince them to give its sandwiches a shot.

Next week, Subway restaurants across the country will unveil an updated menu designed to improve items across the board. The chain says the move is the biggest menu change in its history.

The revamp includes new recipes for the chain’s Italian and multigrain breads, as well as new sandwich toppings.

The chain is also tweaking items already on the menu. Subway’s bacon, for example, will now be hickory-smoked, and its turkey and ham sliced more thinly. It’s also bringing back past items like rotisserie-style chicken and roast beef. To encourage customers to try the new ingredients, thousands of restaurants plan to give away up to one million free sandwiches between 10 AM and 12 PM on July 13. The chain is also updating the look of its app and partnering with DoorDash to let customers order delivery directly from the Subway app.

Some shoppers once considered Subway to be an affordable, relatively healthy option — they could load their sandwiches with their preferred mix of veggies and protein without breaking the bank. But in recent years, competition in the fast casual space has helped edge Subway out.

“We want to make a loud enough bang … to draw those people back to give us another look,” Subway CEO John Chidsey told CNN Business.

With the new menu, Subway is courting those customers and hoping to please its franchise operators.

In response to a request for comment on those numbers, Trevor Haynes, Subway’s president for North America, said in an emailed statement that “Subway is a privately held company and does not publicly disclose sales figures.” He added that “for the first half of 2021, on average sales are doing well compared to 2019, pre-pandemic levels.”

When Subway first rose to prominence, it “owned” customization, said Robert Byrne, director of consumer and industry insights at Technomic. But the rise of fast casual made customization the norm. Now, customers can build their own burritos, salads, sandwiches or bowls, making competition in the space fierce. As more restaurants offer custom options, “we want to continue to … dominate that space,” said Chidsey.

With that in mind, the company decided to “focus on raising the quality of the core ingredients, since with those core ingredients you can make almost an infinite number of sandwich combinations,” Chidsey said.

It’s not just about customization. “Perceptions of health and what is healthy [have] evolved,” said Byrne. “From an ingredient standpoint, I know consumers would love to hear a little bit more about the sourcing.”

Recently, questions have been raised about Subway’s tuna — a lawsuit alleged that Subway’s tuna sandwich is not actually made with the fish. The suit has since been amended to allege that the tuna Subway uses is not made with 100% tuna and does not always use skipjack or yellowfin tuna. Subway called the original lawsuit “meritless,” and said that “the new claims are untrue,” adding that “the lawsuit constitutes a reckless and improper attack on Subway’s brand.”

Subway is still proudly serving the product, saying that “the 100% wild-caught tuna remains a fan favorite among sub lovers.”

The refresh also has the possible benefit of pleasing franchise operators, some of whom have been clamoring for changes.

One metric of the update’s success is a “re-energized franchisee community,” said Chidsey. “It’s important for us internally.” Franchisees have also been calling for more menu innovation, he said.

Some Subway franchise operators have complained publicly about the company’s treatment of them. In April, an anonymous group of “concerned franchisees” wrote an open letter to Elisabeth DeLuca, a co-owner of the chain. The Subway dream “has turned into a nightmare,” they said, writing that Subway hurt their business by franchising new locations nearby or shutting down stores for minor infractions, among other things. In a separate letter, they complained of high franchise fees. Subway’s franchise fees are “competitive,” said Trevor Haynes, Subway’s president for North America, in an emailed statement.

“There are still a few people who are disgruntled about the past,” Chidsey said, in reference to the franchisee’s complaints. “But I would think that if you talk to the vast majority of our franchisees, they’d say we’ve had a hell of a six-month run,” he said, suggesting that the higher sales are encouraging to franchise operators. “Things are improving rather dramatically.” He added that the chain is focused on growing sales rather than the number of Subway restaurants in the United States.

Aligning franchise operators with the corporate team is essential for the company to turn around, noted Technomic’s Byrne. “I don’t think they can do anything until those two groups get on the same page.”