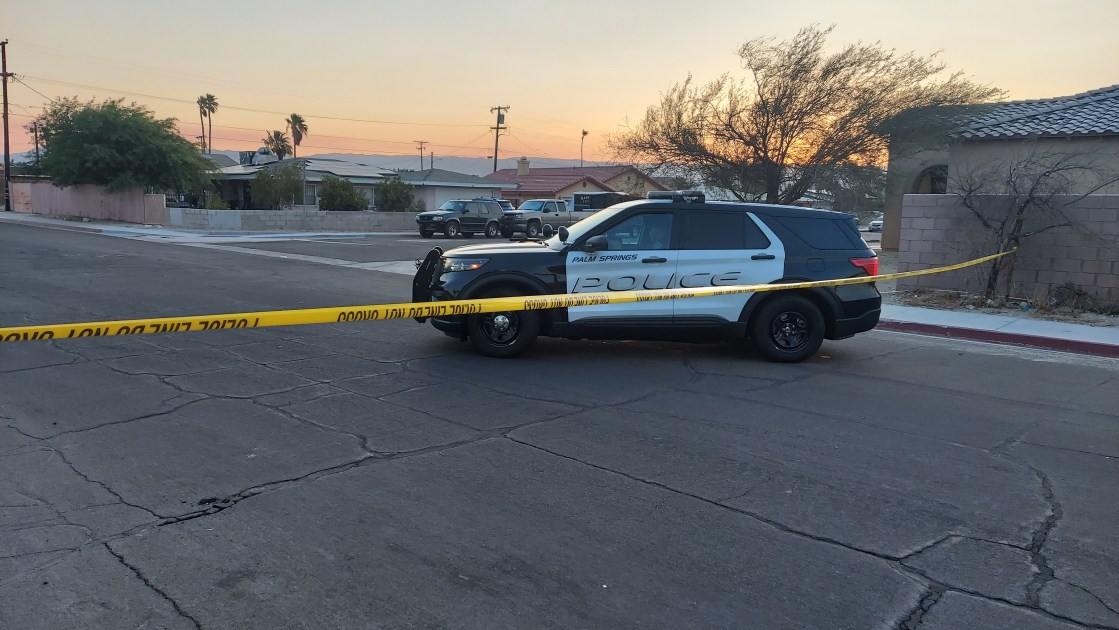 Granada Avenue and Bon Air Drive in the Desert Highlands Estates were littered with shell casings at 2:38 a.m. in the morning, the area now a crime scene. 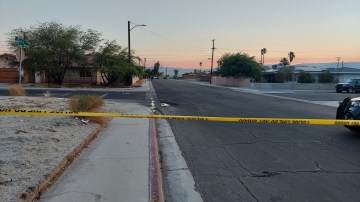 That’s where Sgt. Michael Casavan with Palm Springs Police says a young woman just 19-years-old was gunned down, “Officers responded located a crime scene at the same time we received reports that a gunshot victim had shown up to a local hospital and so officers responded to that as well.”

Her wounds ultimately too severe to survive.

“She was pronounced deceased at the hospital,” says Casavan adding the suspect or suspects are still at large.

“This is a very tragic situation, we definitely want to hear from the community if you heard something or if you saw something, we are looking for witness information,” says Casavan.

This shooting happened in the same area where last summer saw a dramatic surge in violence.

Police Chief Bryan Reyes addressed the violence at in 2020, he was stunned, “I’ve been in this business for close to 30 years I really can’t recall another time in any recent history where we’ve had this level of violence.”

“Close to 90 overall shooting calls for service, 24 of those are confirmed crime scenes, three murders, one attempted murder where someone was got shot in the head that’s still alive and nine other attempted murder cases,” said Reyes in that 2020 interview.

And the violence didn’t end there, but following arrests things had improved, until now.

“It’s unfortunate that we’re seeing this type of violence in the community,” says Councilmember Grace Garner who represents that district adding it’s tough to hear about another loss of life, especially someone so young, “I know the community is really stunned and hurting right now.”

She says this doesn’t reflect the good people who live here or diminish their good work, “There’s so much good going on in the neighborhood there always has been, and I think there always will be.”

Garner says she sends her condolences to the family of the young woman and remarked on the age of the victims and those arrested before, some as young as 15.

Garner says she’s working on bringing programs for this age group to this community because there’s a need to reach out to teens in this age group so they live up to their potential instead of being caught up in violence, “Unfortunately things like this happen and it just really jolts us in reminding us that we don’t have enough youth programs especially for our older kids we take for granted children who are about 15 to even 25 right really need additional support.”

Garner says there will be a community meeting next week, once more information is available about this shooting but in the meantime encourages anyone with information to report it to police and they can do this anonymously.

She says counseling is available for anyone who needs support at the Palm Springs Unified School District at 333 S. Farrell Dr. Monday-Friday 8 a.m. to 5 p.m. adding her constituents can email her if they are in need of assistance, have comments or questions at grace.garner@palmsprings.ca.gov.

If you have information that can help solve this crime call Palm Springs Police Department Crimes/Incidents: (760) 327-1441.