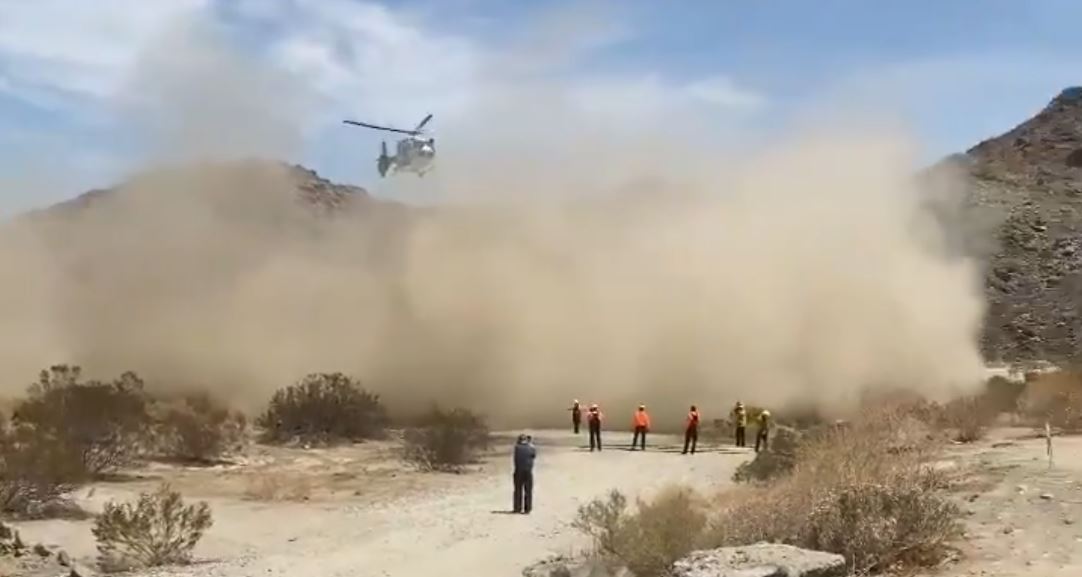 A man suffered a heat-related medical emergency while attempting to hike alone from Cathedral City to Palm Springs Thursday, requiring firefighters to arrange a helicopter airlift to extricate him.

Fire units are once again on-scene of a hiker rescue in the south side of our city. PSPD, Search and Rescue, AMR and RSO Star 9 assisted our personnel. Their work, from today, will be featured tomorrow (Friday) on #CBSThisMorning #DavidBegnaud pic.twitter.com/x38rtLVfr5

The “hiker down” call was received about 12:55 p.m. from a mountainous region south of the Vons grocery store at 4733 E. Palm Canyon Drive in Palm Springs, according to the Palm Springs Fire Department.

Capt. Nathan Gunkel said the man reported setting off from the Cathedral City Cove neighborhood to the southeast before the triple-digit temperatures stymied his progress.

A Riverside County Sheriff’s Department helicopter hoisted the man from the remote location and to awaiting Palm Springs firefighters.

Once on the ground, the man refused additional assistance and said he would seek medical care on his own.

The National Weather Service reported the mercury had hit 109 degrees at the Palm Springs International Airport as of 3:30 p.m.