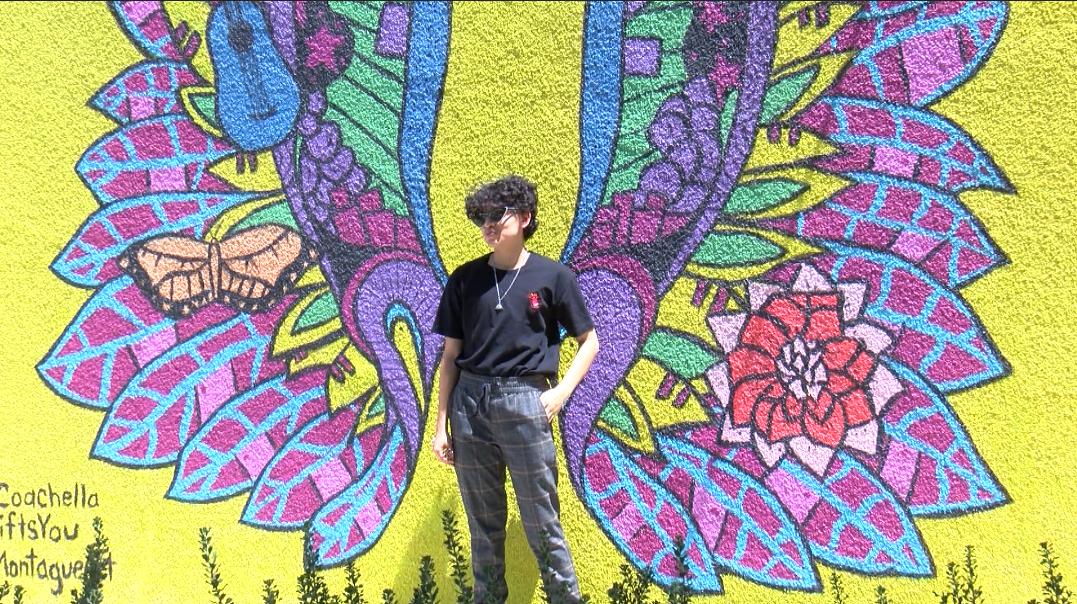 Roman Lopez Mojarras, a transgender college student living in the city of Coachella. 5-years-ago he announced to his parents that he was trans, he says he was worried about their reactioN because his latino family is conservative and they have some archaic values.

“Some older generations have immigrated from Mexico to here. So it’s not only abandoning your former life but you also have to abandon past opinions,” said Mojarras.

Luckily his parents were accepting but they still had a lot of questions.

When Mojarras tried to find a support system in the east valley that could help him translate and explain to his family what he was going through, there were no resources.

Mojarras said, “It was hard to find resources at the time and as a sophomore. I was trying t o educate myself but also my parents in a completely different language.”

To fill that void, the city and several nonprofits are coming together to open a new LGBTQ center in downtown Coachella.

The LGBTQ Community Center is designed to be a neutral, safe and inviting space for all people.

There will be group therapy, resources for families and most importantly it will be a place where people can fully be themselves as they learn and explore their identity.

“It took me a long time to be open and be out for myself. So I think moving forward this center is going to be able to provide that space for youth,” said Frank Figueroa, an elected official from the city.

In 2016, a local survey of two east valley high schools was conducted to help bring medical resources to students who identify as LGBTQ.

Ten percent of the student respondents identified as LGBQ, reflecting an urgent need for resources and inclusion.

“It just confirmed more that the community is here, it exists and wants to see more resources in this part of the valley,” said Miguel Navarro, the community engagement manager for the center.

This isn’t the first time the city of Coachella has brought support to the LGBTQ community, just a few weeks ago the city raised the rainbow flag during pride month.

And with the imminent opening of the community center in city hall now the city is showing support for the LGBTQ community not just in words and flags, but in action.

“It’s important for our city residents, neighbors and for everyone that visits our city to feel that we are a city that prides itself on inclusivity,” said Councilman Neftali Galarza.