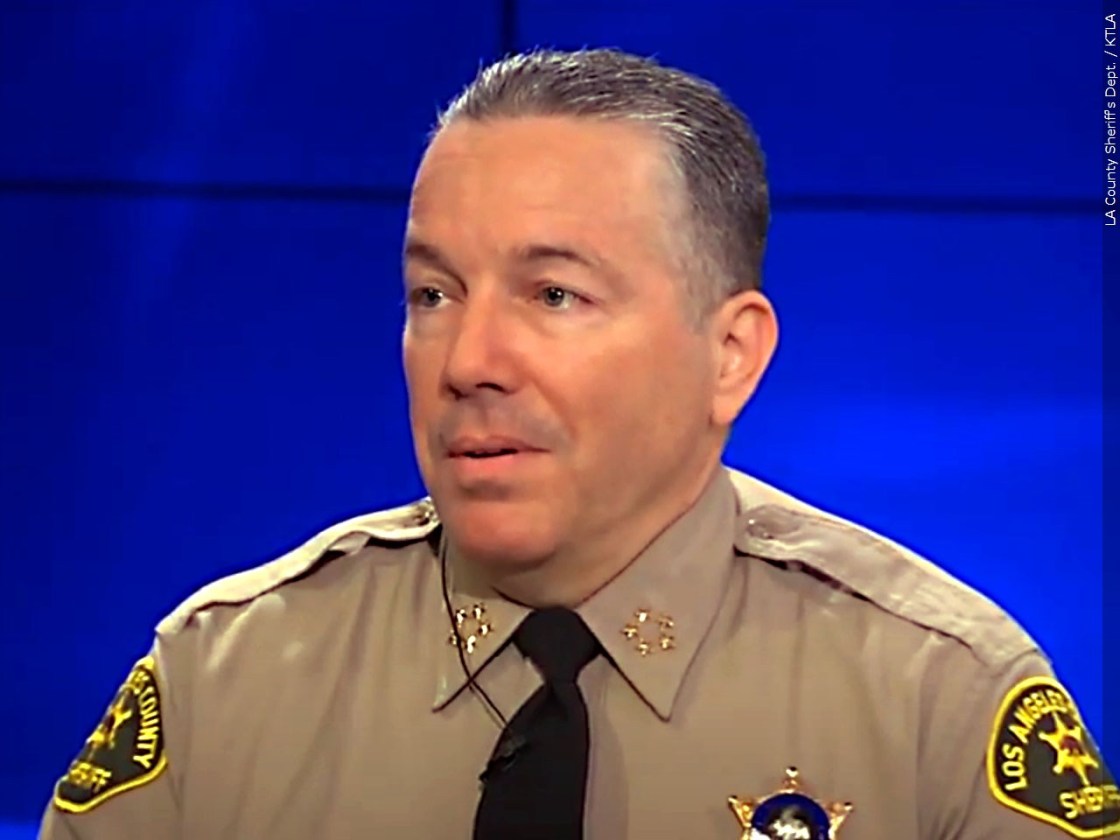 Rhambo, a former assistant sheriff, made the announcement by releasing a handful of endorsements and an online video called “For Good,” in which he vows to stand up to corruption and outlines other elements of his platform.

In his “For Good” campaign video, he said he wants to address issues in the department such as deputy gangs and the continued rise of murders and shootings in Los Angeles, where violent crime is increasing at a rate not seen in decades. As a Black and Asian man, he said he understands what it’s like to walk down the street as a person of color.

He accused Villanueva of eroding public trust in the agency, saying he “used fear to consolidate power, and tried to rehire ex-deputies that committed domestic violence or excessive force and who make us good cops look bad.”

Villanueva has fiercely defended his record as sheriff, insisting he undertook sweeping action to eliminate deputy gangs and lashing out at the Board of Supervisors for what he has called dramatic budget cuts — or “defunding” — in a time of spiking crime rates.

Rhambo, who was raised in Compton and South Los Angeles after being adopted from Korea, said his experience in law enforcement includes an assignment in the Internal Affairs Bureau, where he assisted in the formation of the Shooting and Force Response Team in the wake of the Rodney King beating. He also headed the Asian Crime Task Force, commanding a group of investigators and multilingual deputies to investigate crimes committed against Asians or by Asians. And, he said he helped start the Sheriff’s Community Oriented Policing Bureau, focused on suppressing violent crime, combating homelessness, offering quality of life programs and creating mental health response teams.

“And as sheriff, I’ll stop the corruption, fight crime, address homelessness and make our criminal justice system more just and fair so that it works for all of us,” Rhambo said in his campaign video.

He said that when the department came under fire from the ACLU and the FBI for prisoner abuse, Rhambo took on his boss, then-Sheriff Lee Baca, and other people in leadership.