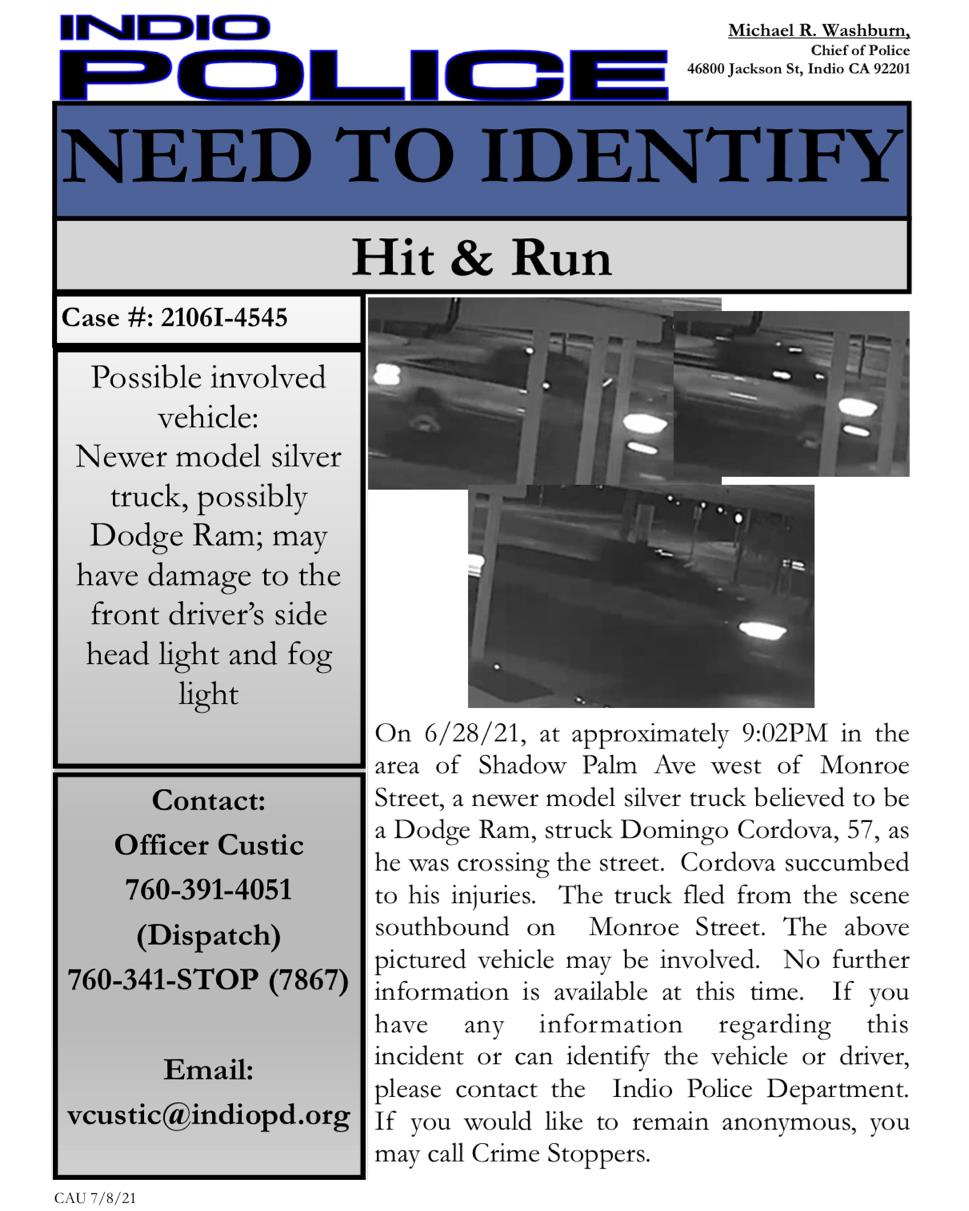 The Indio Police Department is asking for the communities help locating and identifying a suspect behind a deadly hit and run.

SEEKING INFORMATION:
We are seeking further information on a fatal hit and run traffic collision that occurred on June 28, 2021. Please contact Indio Police or Valley Crime Stoppers if you have any information regarding this investigation.
More Info: https://t.co/CtVo9iOsAa pic.twitter.com/zjbFtTCPm9

57-year-old Domingo Cordova of Indio was struck crossing a street on June 28, but police have since ascertained the type of vehicle involved.

“The truck fled the scene southbound on Monroe,” according to a police statement.

Witnesses called 911, and first responders reached the location within a couple of minutes, pronouncing Cordova dead at the scene.

There are no crosswalks within that section of road, and it was unclear whether the pickup driver had time to stop before the victim appeared in his path.

Investigators said the vehicle will likely have damage to the front driver’s side, with both the headlight and fog light busted.