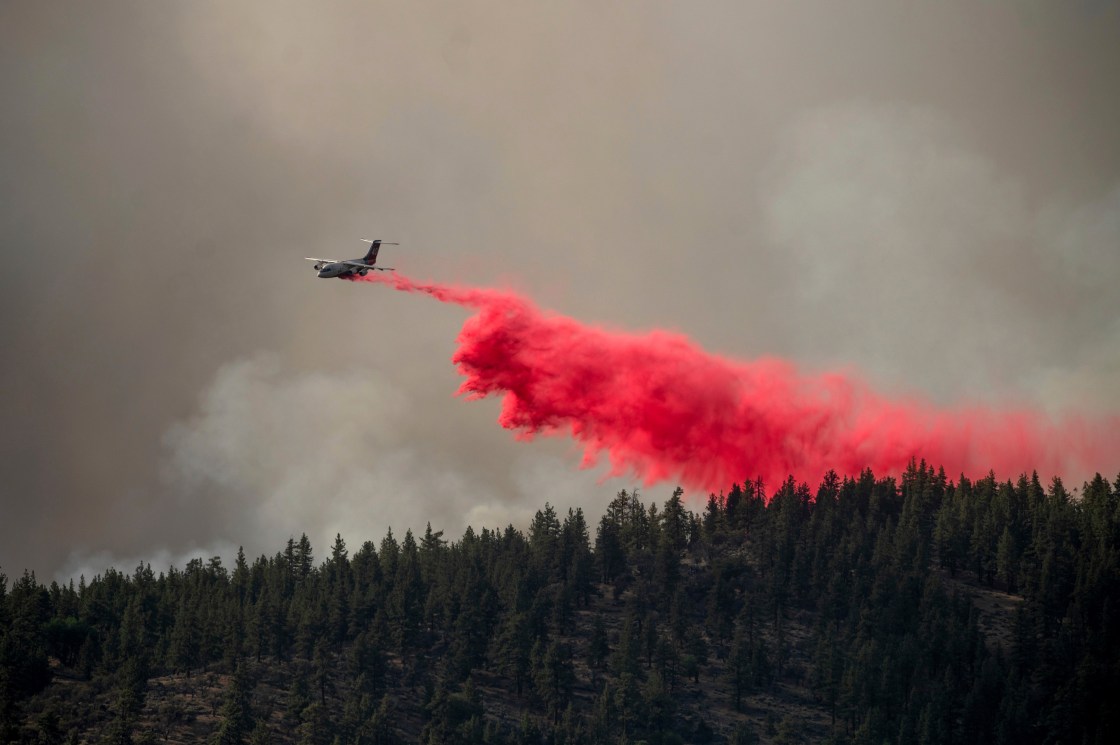 A severe drought coupled with the human-induced climate crisis has sparked a fire season that has already seen more than three times as much land burned in California this year than during the same time span last year, officials said.

The state recorded its worst fire season ever in 2020, with more than 4.2 million estimated acres burned.

As of Monday, fires had scorched 142,477 acres in the state. That’s 103,588 more acres than during the same time period last year, Cal Fire said Monday.

“While wildfires are a natural part of California’s landscape, the fire season in California and across the West is starting earlier and ending later each year,” Cal Fire said. “Climate change is considered a key driver of this trend.”

Hot, dry conditions continue to drive an increase in wildfire activity across CA! Compared to this same time last year, there has been more than 700 wildfires & over 103,000 more acres burned. It's now more critical than ever that all Californians are prepared for wildfires. pic.twitter.com/iSnAwvxaKO

There have been 4,991 fires in California since January, mostly due to extremely hot and dry conditions, according to Cal Fire. By this time last year, roughly 700 fewer fires had burned across the Golden State.

Warmer temperatures in the spring and summer paired with reduced snowpack and early snowmelt are creating drier seasons, according to the agency. This causes a decrease in moisture on vegetation, making forests and plants more susceptible to wildfires.

“The length of the fire season is estimated to have increased 75 days across the Sierras and seems to correspond with an increase in the extent of forest fires across the state,” according to Cal Fire.

Severe drought remains in the forecast through the West and Northwest for the next week, according to the Hazard Outlook from the National Oceanic and Atmospheric Administration’s weather prediction center.

While much of the area will continue to be hot and dry, parts of the Southwest, including Arizona and New Mexico could see excessive rainfall, the agency said. However, it won’t be enough to quell the raging fires that continue to burn throughout the US.

This year’s 33,953 fires had burned about 2 million acres as of Tuesday, surpassing the previous year’s tallies for the same period, according to the fire center.

The acreage burned — 2,061,054 as of Tuesday, to be exact — is the highest total for the period since 2016 saw more than 2.4 million acres burned, but it represents a much lower acreage than many previous years, including 2015, when more than 4.9 million acres were scorched by July 13, and 2011, when about 5.8 million acres had been consumed by flame over that time period.

It’s worth nothing fires can spread quickly in dry, windy conditions, swiftly altering the statistics. Oregon’s Bootleg Fire, which is currently burning, and last year’s East Troublesome Fire in Colorado spread more than 100,000 acres in a day, for instance.

A fire in Northern California has already burned some structures and threatens at least 600 others, officials said Monday night.

The River Fire in Mariposa and Madera counties grew to 9,000 acres after sparking Sunday, the Cal Fire incident page shows.

The Beckwourth Complex Fire, the largest burning in the Golden State, has charred 91,200 acres and is 26% contained, according to the federal InciWeb wildfire tracking service. The blaze comprises the Dotta Fire and Sugar Fire burning in the Plumas National Forest — both ignited by lightning nearly two weeks ago.

Meantime, the Bootleg Fire in southern Oregon grew more than 100,000 acres in a day and has now charred more than 153,000 acres, according to InciWeb.

“The fire behavior we are seeing on the Bootleg Fire is among the most extreme you can find, and firefighters are seeing conditions they have never seen before,” incident commander Al Lawson said this week.

“This is a Level 3 (Go Now!) Evacuation Notice for all homes north of Holmes Road due to a wildfire. There is immediate and imminent danger and you should evacuate immediately. Leave immediately and as quickly as possible,” the Deschutes County Sheriff’s Office said in a post on Twitter.

LEVEL 3 EVACUATION
This is a Level 3 (Go Now!) Evacuation Notice for all homes north of Holmes Road due to a wildfire. There is immediate and imminent danger and you should evacuate immediately. Leave immediately and as quickly as possible.

The Grandview Fire has burned 4,500 acres and was 5% contained as of early Tuesday, according to InciWeb.