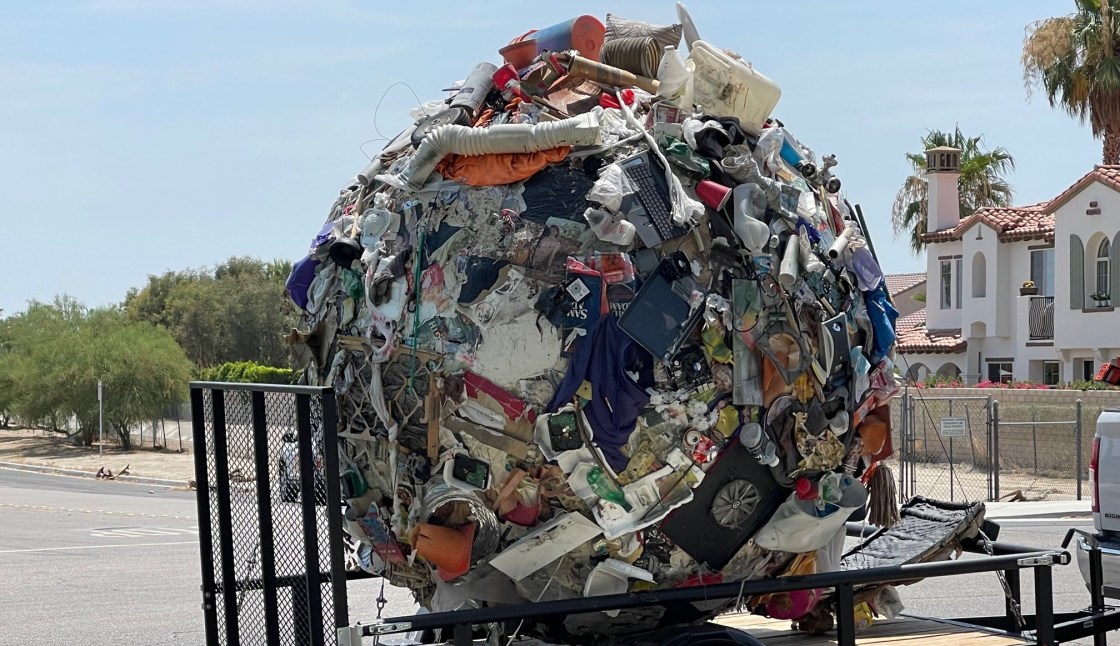 Republican gubernatorial candidate John Cox held a rally in Palm Springs Tuesday alongside an 8-foot ball of trash in an event aimed at drawing attention to “the mess” caused by California’s politicians in combating homelessness in the state.

Talking solutions to California’s homelessness crisis here in Palm Springs. The old way of doing things hasn’t worked. As @GavinNewsom has spent billions of our tax dollars on housing, homelessness has only increased. #CAgov #RecallNewsom pic.twitter.com/icv4jqoovm

“The old way of doing things hasn’t worked. As Gavin Newsom has spent billions of our tax dollars on housing, homelessness has only increased,” Cox said. “Putting treatment first means treating the homeless as people. It means believing that lives can be transformed and saved. It believes that those who are currently homeless can one day be self-sufficient. It means more than just housing. It treats root causes.”

Cox spoke in Baristo Park as part of his “tour to end homelessness.”

The trash ball “symbolizes the mess created by homelessness and the failures of career politicians to fix it,” according to Cox’s campaign.

Cox pledges if elected to cut the state’s homeless population in half over the next decade. He has released a four-point plan to do so — requiring treatment for substance abuse or mental illness before providing housing; increasing law enforcement crackdowns; refocusing funding; and lowering the costs of housing construction.

“The pretty politicians have refused to take beastly action to actually solve the problem. They’ve spent years and years and billions of dollars on homelessness, but the problem has only gotten worse,” according to Cox’s 24-page policy proposal.