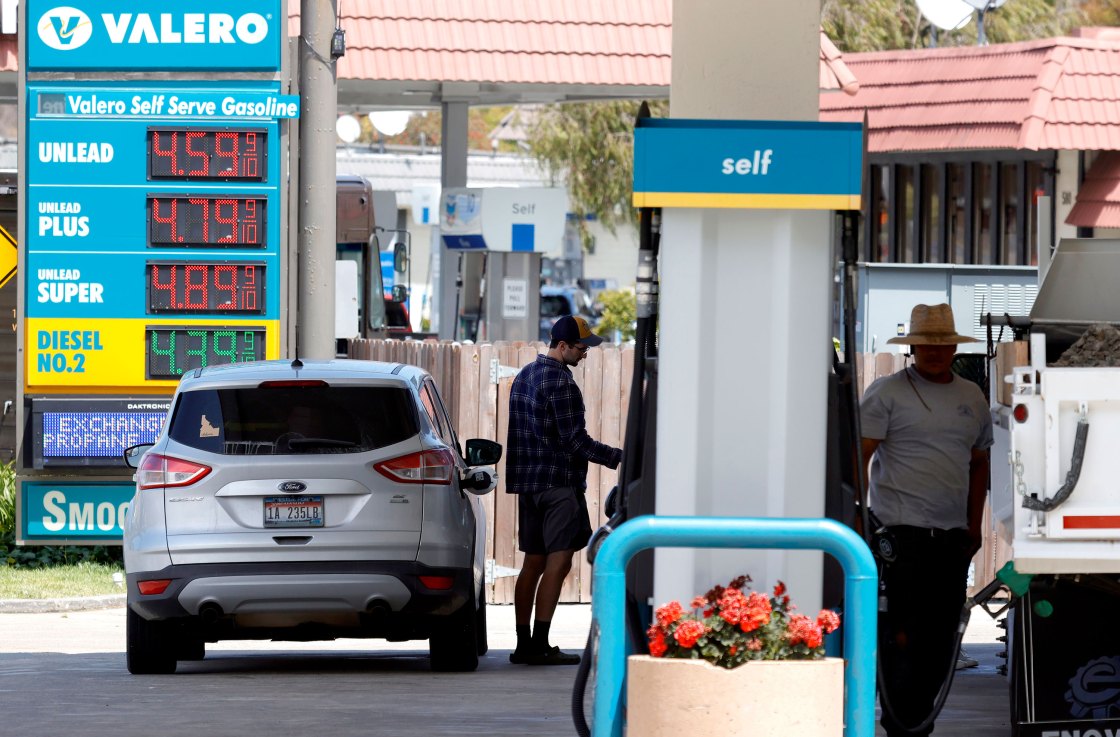 The consumer price index, the nation’s key inflation measure, jumped 0.9% in June, the largest one-month increase in 13 years. Over the last 12 months, prices were up 5.4%, the biggest jump in annual inflation in nearly 13 years.

Much of the rise in prices is due to gasoline prices, which are far above last summer’s levels. The pandemic caused sharp drop in driving and the price of oil. But travel is back — and so is demand for gas and oil. Gas prices rose 45.1% compared to a year earlier.

Food prices are up 2.4% in the last 12 months, but prices for dining out rose 4.2%. Restaurants are having trouble attracting help as they try to reopen, which has led to higher wages. That increased cost is getting passed onto customers.

But volatile food and fuel prices aren’t the only drivers of higher costs. Stripping out those categories, so-called core CPI rose 0.9% in June and 4.5% over the last 12 months. That represented the biggest 12-month increase in that closely watched measure in 30 years.

Record prices for used cars accounted for more than a third of the overall rise in prices. Used car prices were up 10.5% in June — the largest one-month jump in records that go back nearly 70 years, and a stunning 45.2% over the last 12 months.

New car prices are also up 5.3% over the last year, hitting record levels.

Car prices are being driven up by strong consumer demand for cars, along with a limited supply due to a shortage of computer chips needed to build the cars. Rental car companies, a key seller of used cars, already sold off much of their fleet of cars last year to raise cash during the pandemic and now don’t have enough cars to rent.

Although prolonged inflation can be a cause for concern, there’s reason to believe that this recent rise in prices — although pronounced — will be temporary. Inflation is soaring in part because prices are returning to normal levels after the economy fell into a recession. That makes year-over-year comparisons seem electric, showing up as big increases.

That is particularly true for the price of travel. For example, airfares are up 24.6% over the last 12 months, while hotel and motel prices rose 15.1%. But both are still below where they stood in June of 2019, ahead of the pandemic.

Economists, including those at the Federal Reserve, have signaled they believe this burst of inflation will pass. But if prices continue to exceed expectations, it could prompt the central bank to raise interest rates in an attempt to cool off the economy. The Fed, however, recently signaled it expects to keep rates this low into 2023.

Some experts agree with the Fed’s take that inflation pressures will start easing in the second half of this year.

He noted prices few areas like used and rental cars, airfares and hotels are skyrocketing, and that “once again, comparisons with weak prices a year earlier are overstating inflation. Both factors will wash out of the data in the near term.”

But not all economists are convinced the pandemic-fueled effect on inflation will be short-lived.

Sung Won Sohn, economics professor at Marymount University, said “the inflation picture looks less and less transitory,” adding that “the supply bottlenecks, a surge in demand and the base effect explain some of the increases, but it is difficult to argue that everything will be back to normal in a few months.”

For example, he pointed to labor shortages that he believes are likely to lead to increased wages.

“No doubt these higher labor costs will be reflected in higher prices in the future,” he said.

Beyond economists, average Americans are becoming more concerned about prices too.

A survey of consumers by the Federal Reserve found that consumers expect about this level of inflation — a 4.8% annual increase — to last for at least the next year. That’s the highest level since the Fed started the survey in 2013.