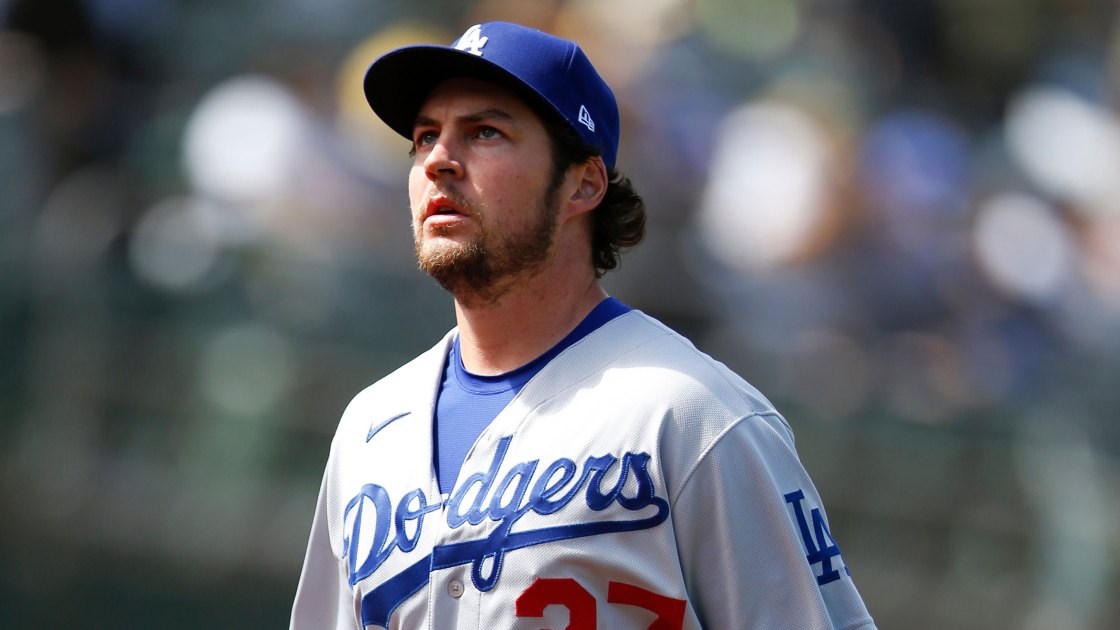 Dodger pitcher Trevor Bauer, who is facing allegations of physically assaulting a woman during a pair of sexual encounters, will remain on administrative leave through July 27.

Bauer was originally placed on a seven-day administrative leave on July 2, but it was subsequently extended for another week.

According to the Los Angeles Times, the leave has now been stretched through July 27 as part of deal reached between Major League Baseball and the players’ union. Absent the agreement, the league potentially could have suspended Bauer without pay, The Times reported. Bauer is still being paid while on administrative leave.

In late June, a woman filed court papers seeking a restraining order against Bauer, claiming he physically assaulted her during a pair of sexual encounters. She alleges Bauer repeatedly choked her to unconsciousness and punched her in the face.

In her court papers, the accuser describes a pair of sexual encounters with Bauer that became increasingly violent. She claimed Bauer choked her lightly at first during an April 21 encounter, then put his fingers down her throat, and wrapped her hair around her neck and choked her to unconsciousness.

She said she was examined at two hospitals and eventually took part in a recorded telephone conversation with Bauer as part of the Pasadena police investigation.

Bauer’s agent, Jon Fetterolf, issued a statement blasting the woman’s allegations as baseless and defamatory, saying the pitcher “had a brief and wholly consensual sexual relationship initiated by (the accuser) beginning in April 2021.”

“We have messages that show (the accuser) repeatedly asking for `rough’ sexual encounters involving requests to be `choked out’ and slapped in the face,” Fetterolf said. “In both of their encounters, (the accuser) drove from San Diego to Mr. Bauer’s residence in Pasadena where she went on to dictate what she wanted from him sexually and he did what was asked.

“Following each of her only two meetings with Mr. Bauer, (the accuser) spent the night and left without incident, continuing to message Mr. Bauer with friendly and flirtatious banter. In the days following their second and final encounter, (the accuser) shared photos of herself and indicated that she had sought medical care for a concussion. Mr. Bauer responded with concern and confusion, and (the accuser) was neither angry nor accusatory.

“Mr. Bauer and (the accuser) have not corresponded in over a month and have not seen each other in over six weeks. Her basis for filing a protection order is nonexistent, fraudulent, and deliberately omits key facts, information, and her own relevant communications. Any allegations that the pair’s encounters were not 100% consensual are baseless, defamatory and will be refuted to the fullest extent of the law.”

Lt. Bill Grisafe of the Pasadena Police Department confirmed the agency is investigating allegations against Bauer, but could not provide any additional details.

A court hearing in downtown Los Angeles is scheduled for July 23 to determine if a temporary restraining order the woman obtained against Bauer should be extended.

Bauer signed a three-year contract with the Dodgers Feb. 11 worth $102 million, including $40 million this season, the highest single-season salary in baseball history, according to multiple outlets. Bauer won the National League Cy Young Award last season while with the Cincinnati Reds.