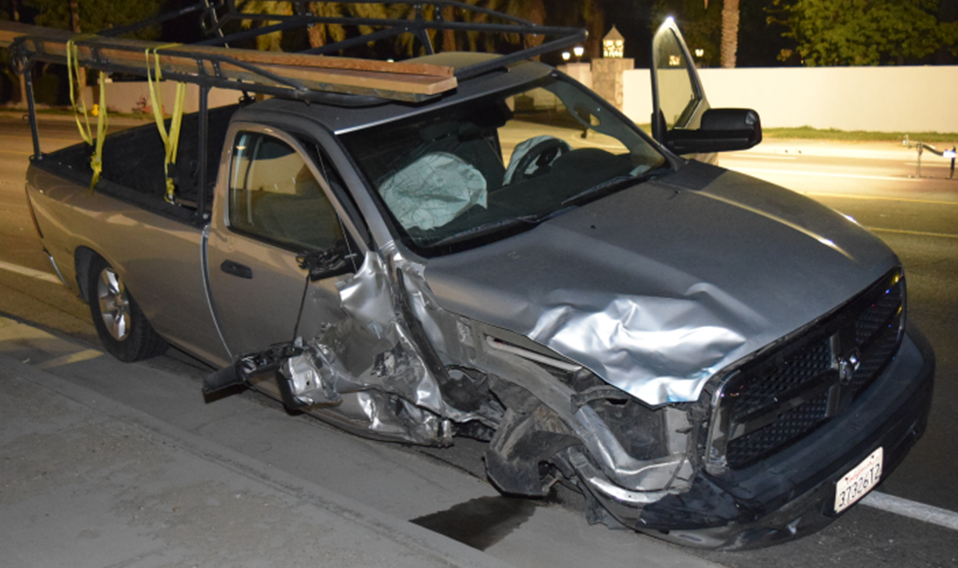 Police Monday circulated a photograph in an attempt to locate the owner of a pickup truck involved in a hit-and-run crash that left two people severely injured in Indio.

A Dodge Ram pickup truck struck two people who were outside their vehicle changing a flat tire on Monroe Street, north of Avenue 51, last Friday about 11:50 a.m., according to the Indio Police Department. The driver ran away from the scene and has not been identified, police said.

Both victims were transported to Desert Regional Medical Center in Palm Springs in critical condition. An update on their condition was not immediately available.

Julio Infante, 47, of Indio, who police called a “person of interest” in the case, is the registered owner of the truck, according to investigators, who publicly circulated his photo.

Police also urged witnesses to the collision to call Officer Viktor Custic at 760-391-4051.