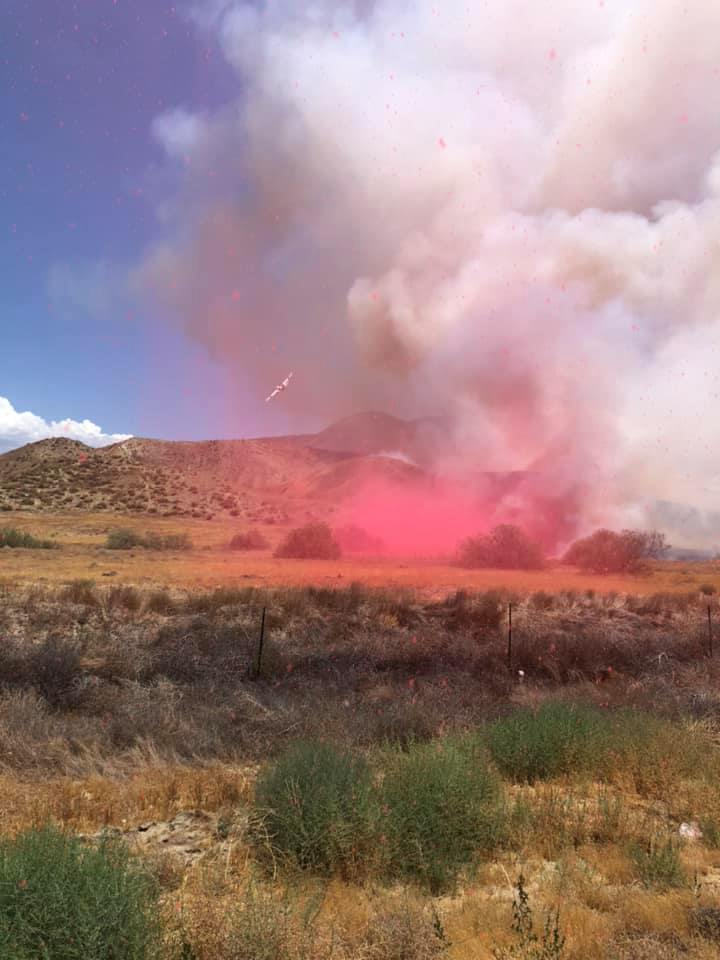 A brush fire that erupted Tuesday in the Badlands east of Moreno Valley scorched 45 acres before it was stopped.

The non-injury blaze was reported at 12:03 p.m. in the area of Gilman Springs Road and Jack Rabbit Trail, near Mystic Lake, according to the Riverside County Fire Department.

The agency said multiple engine and hand crews from the county, Corona Fire Department, Murrieta Fire & Rescue and Riverside Fire Department were sent to the location and encountered flames moving to the northeast.

No structures were threatened.

The Badlands is sparsely populated, with miles of rolling hills and few entrance points beyond Gilman Springs.

Four Cal Fire air tankers and two water-dropping helicopters initiated runs on the brusher shortly before 1 p.m., slowing it down sufficiently so that crews were able to stop its forward rate of spread at 1:50 p.m.

Firefighters were establishing tentative containment lines, but completely encircling the blaze was expected to take hours because of the challenging terrain, according to reports from the scene.

Sheriff’s deputies and California Highway Patrol officers shut down both sides of Gilman Springs, between Alessandro Boulevard and Bridge Street, for public safety.