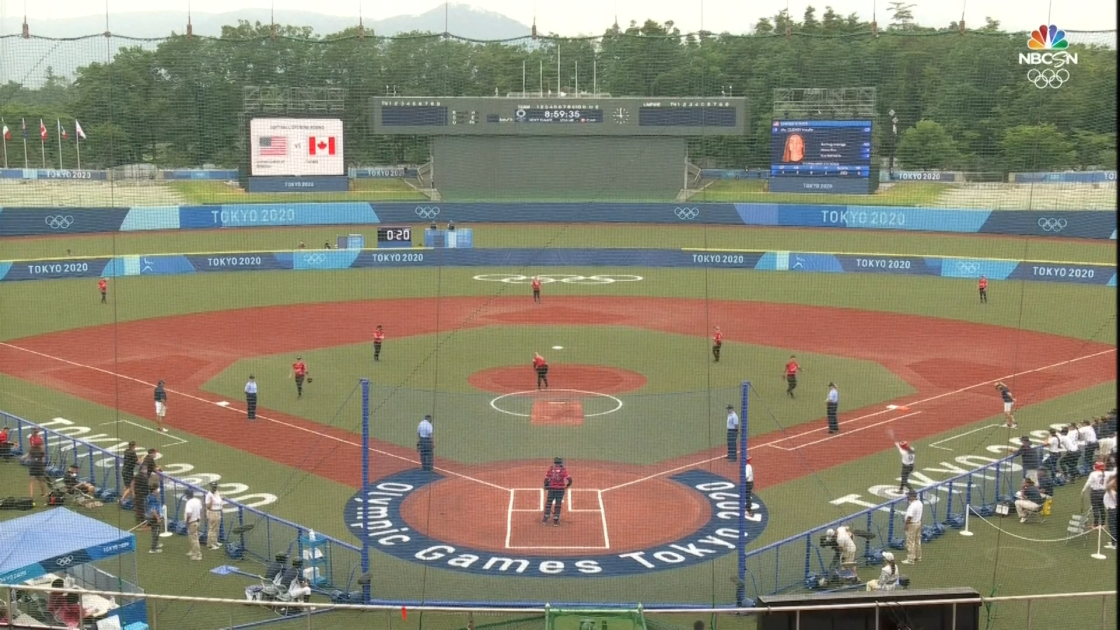 The U.S. National softball team already has a win under their belt going into their game against Canada in the opening round of the 2020 Olympics. At the end of this nail-biter, the United States escapes with the win, 1-0. This marks Team USA’s second consecutive shutout win in the Tokyo games.

It was scoreless until the fifth inning, that is when Amanda Chidester hit an RBI single to put the U.S. up, 1-0 over Canada. However, it could’ve been a higher-scoring game, at least for the United States. They had bases loaded twice during this match-up and were unable to capitalize against world-ranked No. 3 Canada.

Monica Abbott pitched a shutout one-hit game today through all seven innings, she earned nine strikeouts. In fact, it was not until the top of the sixth when Abbott gave up a single to end her no-hitter chance. The 35-year-old is no stranger to the Olympic stage, she in fact pitched a no-hitter back in the 2008 Bejing Olympic games. That year, Team USA took the silver medal after losing to Japan.

ROAD TO THE GOLD