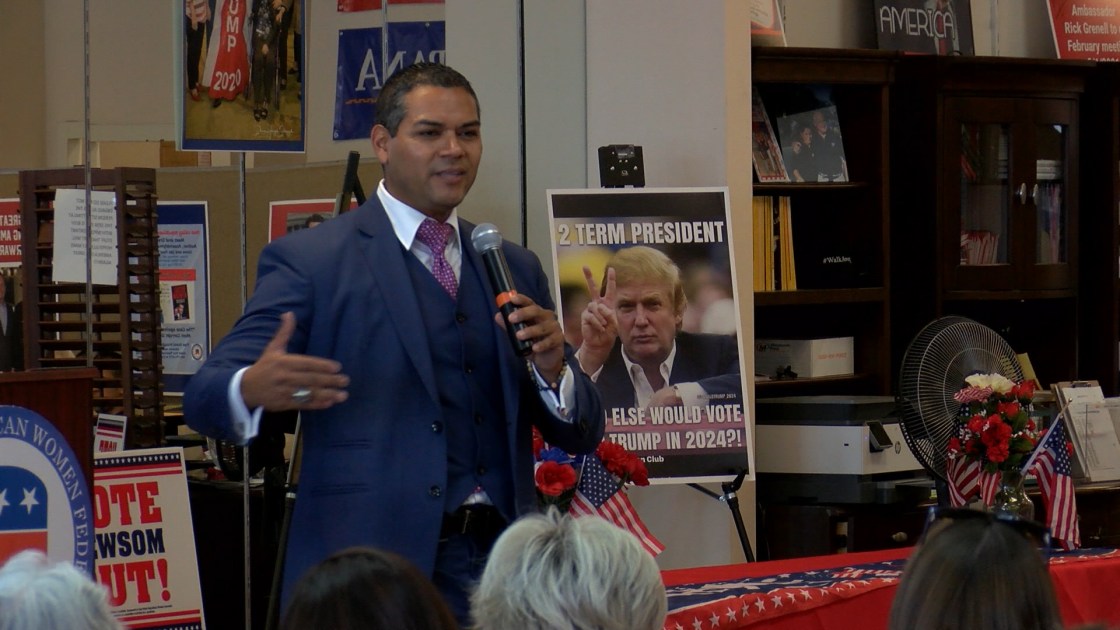 Sanchez was introduced by city Mayor, Linda Evans, and is hoping to step in to fill the position of Senator Melissa Melendez as she terms out.

“It’s my honor to bring Steve Sanchez up as he introduces his run for state assembly,” said Linda Evans, Mayor of La Quinta.

The position is currently held by republican Melissa Melendez, who will reach her term limit in 2022.

“I’m going to have big combat boot to fill because she is a tough, smart lady, well respected in this community, she’s been very vocal about the governor and the state legislature, and a lot of issues up there. but she’s termed out and so now I need to step in and really take over from what she’s brought to light,” said Sanchez.

Other local leaders shared their support for Sanchez, as he begins his campaign.

“Steve served in the marines for eight years and he’s got stories to tell, and he has always been an advocate for public policy as well as the quality of life, healthy living. and doing the right thing for your community,” added Evans.

Local Democratic leaders explain that boundaries on the districts that senators represent may be soon changing, therefore their party is holding off on making any announcements as far as opposing candidates.