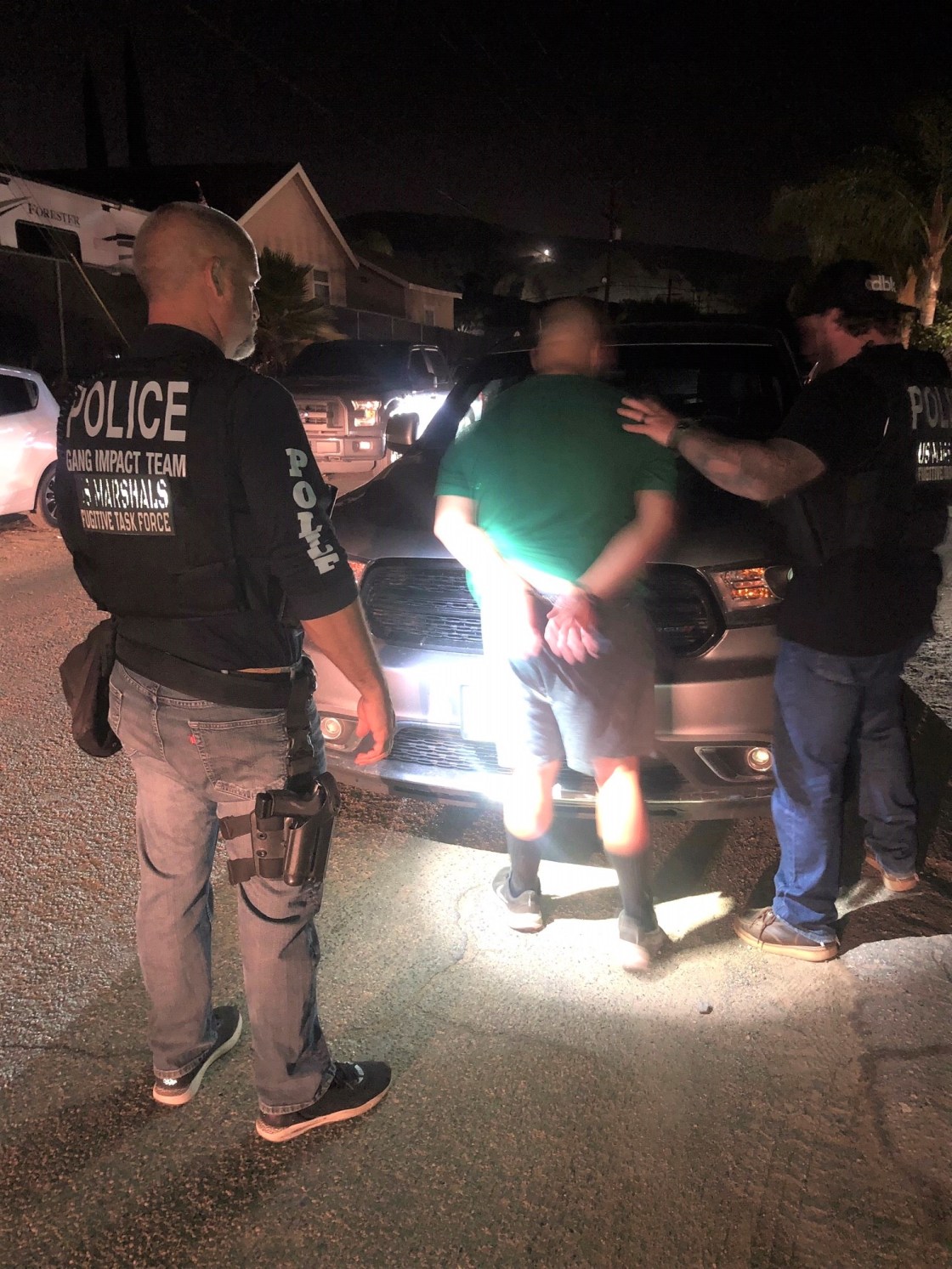 A 20-year-old man suspected of gunning down a young woman and wounding her male companion — a TikTok influencer with nearly 1 million followers — inside a Corona movie theater was charged Friday with capital murder and attempted murder.

The Corona resident appeared at the Riverside Hall of Justice Friday afternoon but did not enter a plea. Riverside County Superior Court Judge William Lebov ordered the defendant held in custody without bail, and rescheduled arraignment for Aug. 5.

Authorities have not released any possible motive for the Monday night shooting at the Regal Edwards Theater at Corona Crossings. Rylee Goodrich, 18, of Corona, died in the shooting, and her friend, 18-year-old Anthony Barajas of Corona, remains on life support. Both were shot in the head.

The victims were two of six ticket-holders for the 9:35 p.m. showing of “The Forever Purge,” a horror film about societal collapse. Jimenez also had a ticket for the movie. Theater employees discovered the victims when they began cleaning the theater after the film ended.

Prosecutors said based on the evidence, the shooting appears to have been a “random and unprovoked attack.” Corona Police Department spokesman Cpl. Tobias Kouroubacalis said earlier that “there is no information that the suspect and victims had any prior contact before the shooting.”

Jimenez, who was arrested about 8 p.m. Tuesday, is being held without bail.

Kouroubacalis could not confirm where the suspect and victims were seated in relation to one another and at what point in the film the shooting occurred.

“We’re still trying to determine who was in the theater before, during and after,” Kouroubacalis said.

According to Kouroubacalis, none of the security surveillance cameras in the theater or the shopping center captured the suspect or any part of what allegedly transpired.

“There were witnesses who came forward who led us in the direction of the suspect and helped identify him,” he said.

A search warrant was served Tuesday night at a residence in the 19000 block of Envoy Avenue, near Diamond Street in El Cerrito, culminating in Jimenez’s arrest, as well as the seizure of a handgun, according to Kouroubacalis.

Prosecutors said the handgun is the same caliber as the weapon believed to have been used in the shooting.

Police and prosecutors said Jimenez has no known gang affiliation.

Information on Jimenez’s background was unavailable, but Kouroubacalis said he wasn’t aware of prior convictions.

A candlelight vigil for Barajas and his family will be held at 7 p.m. Friday at Santa Ana’s Mater Dei High School, where Barajas graduated in 2019.

“The Mater Dei family is shocked and saddened by the senseless act of violence that has critically wounded a beloved member of our community, Anthony Barajas,” Mater Dei President Father Walter E. Jenkins said in a statement. “We join all of those impacted by this tragedy in praying for comfort and healing and have reached out to the Barajas family to be of support in every way possible.”

Barajas was a captain on the school’s soccer team, and he is considered a social-media influencer on TikTok, on which he has nearly 1 million followers under the moniker @itsanthonymichael.

GoFundMe pages have been established for Barajas and Goodrich’s families. The pages had both raised more than $60,000 as of Friday afternoon.