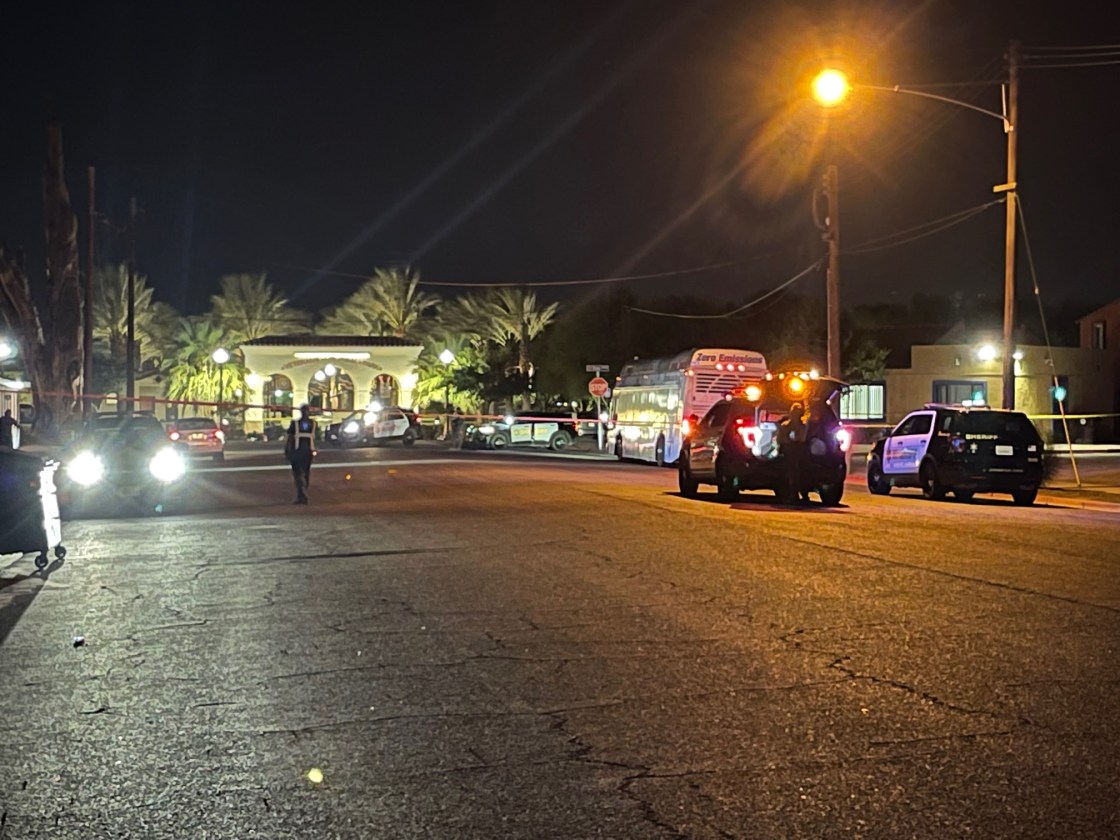 A 52-year-old man accused of butchering a Coachella resident with a machete pleaded not guilty Monday to murder and other offenses.

Gabriel Castro Ramirez of Coachella was arrested last Wednesday on suspicion of killing 46-year-old Jimmy Meza the day before.

Along with the murder count, Ramirez is charged with one count each of attempted murder and assault with a deadly weapon causing great bodily injury, and three counts of child endangerment.

Deputies responded at 8:43 p.m. last Tuesday to the area of Fifth Street and Vine Avenue to an assault with a deadly weapon call, according to the Riverside County Sheriff’s Department.

Ramirez was arrested at the scene with a machete in his hand, sheriff’s officials said.

According to a criminal complaint filed by the Riverside County District Attorney’s Office, the defendant also was charged with attempted murder for attacking someone identified only as “Gustavo M.,” also with a machete. And, he was charged with assault with a deadly weapon causing great bodily injury for allegedly using a vehicle to attempt to return over another victim identified only as “Jasmine L.”

Meanwhile, he was also charged with three counts of child endangerment against two girls and a boy.

Beyond the murder count, the sheriff’s department did not provide additional information regarding the rest of Ramirez’s alleged crimes, and a motive was not made public.

Ramirez has felony convictions including carrying a concealed knife and assault with a deadly weapon causing great bodily injury.

He is being held on $1 million bail at the Robert Presley Detention Center in Riverside.