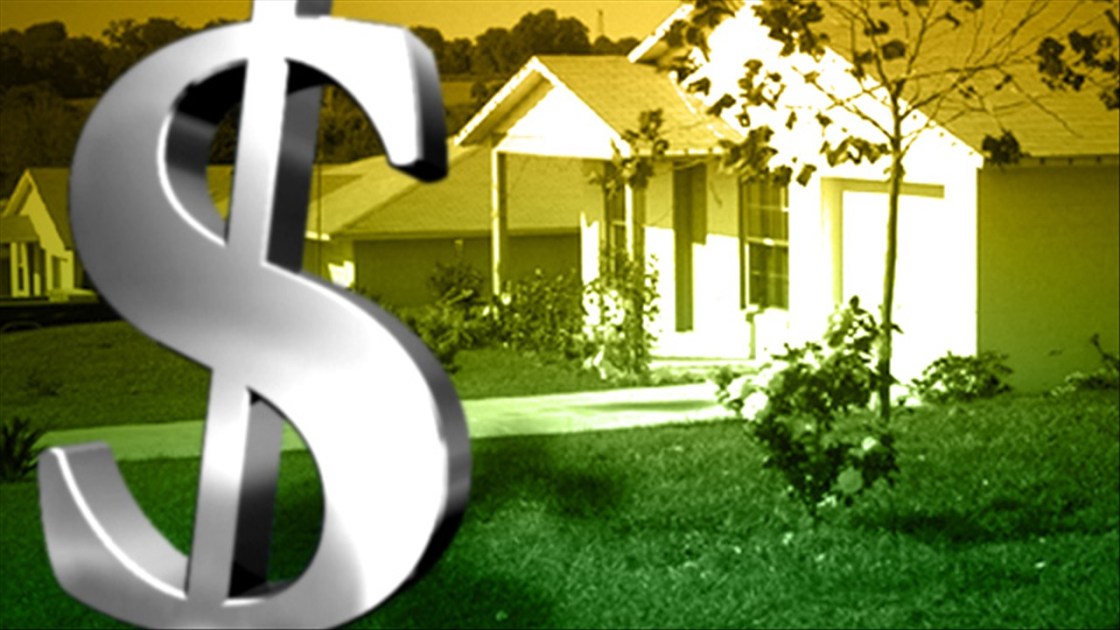 The American Dream of home ownership may be slipping out of reach for adults coming of age in and around the Great Recession and starting families in and around the pandemic. But that dream may still be for rent.

After spending the past weekend focused on the ending federal eviction moratorium and frightening predictions that a wave of pent-up evictions is imminent and will mostly effect lower income Americans and people of color, it was with some whiplash that I read Hanna Ziady’s story for CNN Business Monday morning.

Wall Street is buying up family homes. The rent checks are too juicy to ignore.

These are not the landlords who wrote in to me after reading my story over the weekend about the end to the eviction moratorium and complaining that they subsist on rent from investment properties and have been hurt by people not paying rent.

And they don’t sound like big blocks of apartments, but rather single family developments in the suburbs.

These are large companies and institutional investors crunching the data and coming to the conclusion that despite continued low interest rates, a lot of Americans can’t afford to get into homes any more, and also guessing one lasting outcome of the pandemic will be more people working from home, and so needing or wanting a larger home.

Here’s the gist, in Ziady’s words:

Pension funds, investment firms and Wall Street banks are snapping up family homes in Europe and the United States at a rapid pace as prices rocket higher, looking for alternatives to lockdown-hit office parks and shopping malls, and betting that a permanent increase in remote working following the coronavirus pandemic will keep demand for suburban houses elevated. …

Analysts argue that this will improve standards in the rental sector and offer more choice in desirable neighborhoods. But some tenants who rent from corporate landlords dispute this, alleging substandard services and excessive rent increases.

Will this drive prices up? It’s not yet clear, she adds. This is a relatively small subset of the single family home market. But it could have an effect. “If institutions help build new homes, that should bring purchase prices and rents down. But if investors are hoovering up existing properties that would otherwise have been sold to individuals, that could squeeze out first-time buyers who were already struggling to afford their first homes.”

We’ve already written numerous times about the lengths to which house hunters are driven, paying excessively over asking price. Others, dejected, are dropping out of the market.

The average US home price had never exceeded $300,000. Since the pandemic, it’s shot up to $363,000. Housing prices are rising faster than US incomes, squeezing out new buyers who can’t afford the buy-in.

Not buying in. If millennials — “Generation Rent” — aren’t going to buy their own houses, they represent a long-term income opportunity to whoever owns the homes they’re living in. The US homeownership rate fell after the Great Recession, from nearly 70%. Today it’s just over 65%.

After the Great Recession, it was hedge funds and private equity firms snapping up single family houses to use as rentals. Today, in a shift, it’s pension funds looking for solid, guaranteed returns. Investors represented a quarter of all homes sold in the US during the first three months of this year, according to one estimate Ziady cites, and while that includes individual investors and people buying vacation homes, it also includes Goldman Sachs, BlackRock and JP Morgan Chase.

There are multiple indicators that Americans aren’t rushing back to the office and CNN’s Anneken Tappe writes that will actually slow the economic recovery from the pandemic.

“Love it or hate it, commuting is good for the economy,” she writes. “You pay train conductors’ salaries with your subway fare. The dry cleaner by the office and the coffee shop around the corner all count on workers who have been largely absent for nearly a year and a half. … According to economists from Goldman Sachs (GS), office attendance in large US cities is only about one-third of pre-pandemic levels. That’s a lot of employees who are still working remotely and not spending cash on items like train tickets or lattes — the kind of economic activity is essential in America’s consumer spending and service-driven economy.”

Less commuting, however, might be the right thing to do. MSCI CEO Henry Fernandez writes a Perspectives piece about how his company is not going back to the five days in-office model.

“We’ve adopted a permanent hybrid model, which means that employees have access to office infrastructure but are not required to use it every day,” he writes. “It’s meant to encourage adaptation, creativity, a better quality of life, talent retention and operational resiliency. A hybrid model not only significantly reduces our operating capital, but our carbon footprint as well. For many organizations, shifting to a hybrid model has allowed them to downsize office space, limit electricity usage and operational costs, and offer competitive salaries to a broader talent set.”

Here’s what else it’s hard to buy right now. Houses aren’t the only things still hard to find because of the pandemic. We’ve got explanations for the shortages of tacos, coffee, cars, jet fuel, computer chips, Nike shoes and school supplies.

Picking up the pace. US reaches Biden’s July 4th goal, just about a month late, signaling an uptick in vaccinations (a good thing) as the Delta variant spreads (a bad thing).

Here’s the latest from the US Centers for Disease Control and Prevention as compiled by Deidre McPhillips at CNN Health:

Fully vaccinated: 49.7% of the total US population (all ages)

Current pace of vaccinations (7-day average): 441,329 people are initiating vaccination each day. This is the highest it’s been since July 4 and a 28% increase over last week’s pace. An average of 673,185 doses are being administered each day.

Alabama and Mississippi are the only states to have fully vaccinated less than 35% of their residents.

70% of adults have received at least one dose of Covid-19 vaccine, originally the Biden administration’s goal for July 4th.

Breakthrough cases are still a small minority of the Covid spread, but there’s a notable one today in Republican Sen. Lindsey Graham of South Carolina.

He tweeted: “I feel like I have a sinus infection and at present time I have mild symptoms. I will be quarantining for ten days. I am very glad I was vaccinated because without vaccination I am certain I would not feel as well as I do now. My symptoms would be far worse.”

Former President Barack Obama is catching some criticism for holding a 60th birthday party on Martha’s Vineyard — even though the spread there is “moderate” rather than “high” and the party will be held outdoors. But it’s not far from Provincetown, Massachusetts, the site of a super spreading July 4th weekend, which changed the CDC’s understanding of how the vaccinated can spread Covid and led to new masking guidance.

A source tells CNN there will be testing for guests and a Covid safety coordinator on site — and the White House is backing Biden’s former boss up saying safety protocols are in place.

But this isn’t exactly expected to be a little party. There are reports of more than 600 guests and staff to be on site at his Martha’s Vineyard mansion. Pearl Jam will play for the first time in years, according to Axios. Sounds like a thing.

There has to be a middle ground between responsibly following public safety guidelines and completely shutting down.

I’ve sensed a shift in recent days among those the most worried about Covid returning to an early pandemic mindset of ceasing many activities. Compare that with the YOLO mindset of the Covid skeptics who won’t get vaccinated and helped drive this new surge.

Why can’t people just get vaccinated, wear masks indoors when their community is seeing a surge, and go on about their lives and business? We have to learn to live with this.

“The so-called Delta variant of the coronavirus and the threat of an unconstitutionally-motivated restriction” hangs over the Calvary Chapel of Bangor, Maine, “like a sword of Damocles,” its lawyers argued in the petition. Justice Stephen Breyer denied the request.