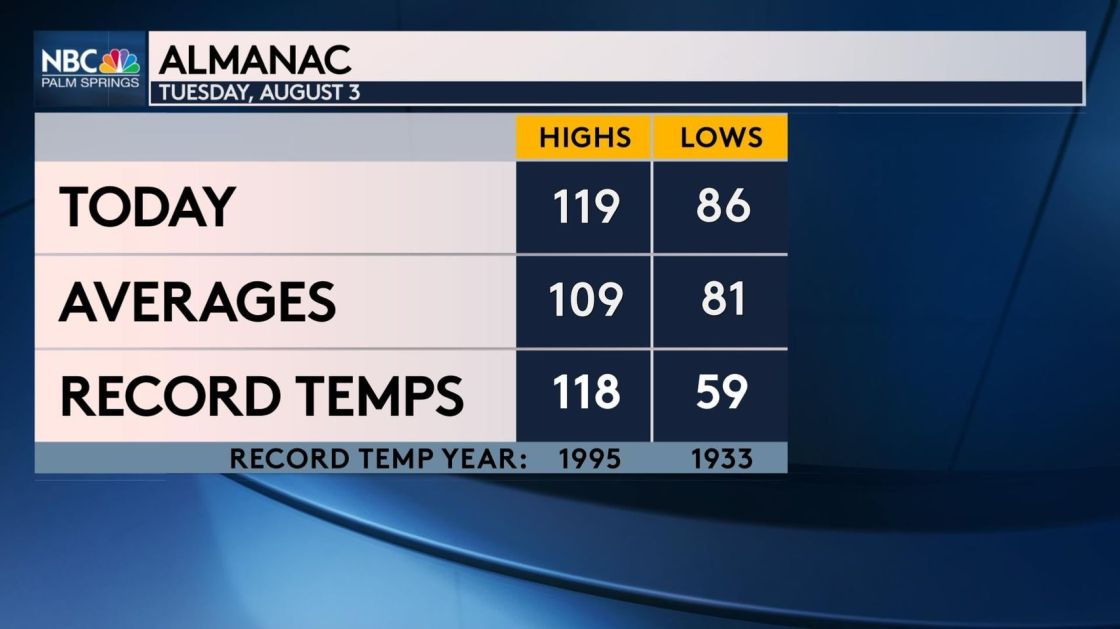 Copy
It’s official! It was a record-breaking day for heat in the Coachella Valley.
Palm Springs International topped-out at 119 degrees, beating the old record for today’s date by one degree.
Expanding high pressure will make it even warmer Wednesday, with many communities set to top the 120-degree mark before a gradual decline begins Thursday.
An Excessive Heat Warning has now been expanded out to Thursday evening for our region.

A ridge of high pressure is sending temperatures soaring way past the century mark across the desert areas and the Banning Pass, and the mercury well into the 90s in much of the rest of the county. The system will begin weakening Wednesday, ushering normal seasonal temperatures back on Thursday, according to the weather service.

Temperatures were expected to range from 114 to 120 in the Coachella Valley through Wednesday evening — and remain between 85-90 range overnight.

Banning Pass residents can expect temperatures from 105 to 115 beginning Tuesday and into Wednesday evening, forecasters said. 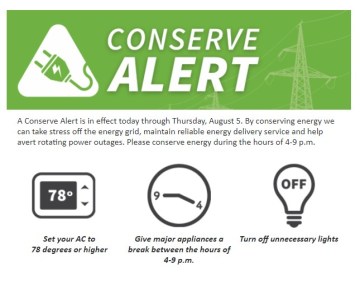 IID has issued a flex alert for the next three days.

Urging customers in the East Valley to raise air-conditioner temperatures to at least 78 degrees, turn off excessive or unused lights and to limit the use of major appliances between the hours of 4 p.m. and 9 p.m. More information on how to conserve energy in the summer is available here.

Meanwhile, a less severe heat advisory was issued Monday for the Riverside mountains and the western metropolitan region and will be in effect through 8 p.m. Wednesday.

Temperatures are expected to range between 98 and 108 in the valleys and Inland Empire, and in the 90s for the mountains.

“Extreme heat will significantly increase the potential for heat- related illnesses, particularly for those working or participating in outdoor activities. Warm overnight temperatures will compound heat stress for those without adequate cooling,” the weather service said.

People were advised to drink plenty of fluids, stay in an air- conditioned rooms, avoid the sun and check up on relatives and neighbors.

Cooling centers are open countywide, where residents without air- conditioning are able to take a break during daylight hours. A complete list is available at www.capriverside.org/cool-centers.