Arraignment Delayed For Accused Killer Of 2 In Corona Theater 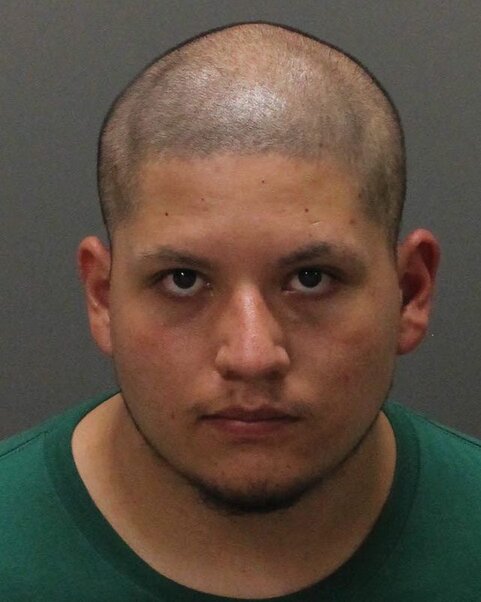 Arraignment was delayed again Thursday for a man who claims voices in his head prompted him to fatally shoot two people inside a Corona movie theater.

Joseph Jimenez, 20, is accused of shooting Corona residents Anthony Barajas, 19, and Rylee Goodrich, 18, on July 26 inside the Regal Edwards Theater at Corona Crossings. Barajas was a social media influencer with nearly 1 million followers on TikTok.

Jimenez told the Riverside Press-Enterprise in a jailhouse interview Wednesday that he had been tormented by voices in his head for months and had recently been diagnosed with schizophrenia but had stopped taking his medication because he “ran out” of pills and didn’t refill the prescription.

“The voices said my friends and family were going to be killed,” Jimenez told the paper.

Asked if he believed that killing Barajas and Goodrich was the only way to save his family, he responded, “Basically, yeah.”

In court Thursday, defense attorney Charles Kenyon expressed dismay that a Press-Enterprise reporter was given access to interview the defendant in jail. His objection prompted the delay in Jimenez’s arraignment. Riverside County Superior Court Judge Ronald Taylor agreed to reset the arraignment for Sept. 27, calling the interview “completely unauthorized.”

Jimenez told the Press-Enterprise he was sitting in the back of the movie theater with three friends during a 9:35 p.m. showing of “The Forever Purge,” a horror film about societal collapse and rampant violence. Jimenez said the violent nature of the movie did not contribute to his actions — the voices in his head just became overwhelming.

He said he went out to his car to retrieve a gun he had purchased on OfferUp, an online marketplace.

Jimenez’s friends later told investigators they became so disturbed by Jimenez bringing a gun into the movie theater while talking to himself that they fled the building, the Press-Enterprise reported.

Jimenez, his friends and the victims were the only ticket-holders in the theater for the showing.

In the jailhouse interview, Jimenez told the Press-Enterprise he walked up behind the victims, shooting Barajas first. He said Goodrich “sort of jumped,” and he shot her, then ran from the theater, his heart beating rapidly.

Theater employees discovered the victims when they began cleaning the theater after the film ended. Both had been shot in the head.

Goodrich was pronounced dead at the scene and Barajas was taken to Riverside Community Hospital, where he died early Saturday after being taken off life support, according to the Riverside County coroner’s office.

A search warrant was served July 27 at a residence in the 19000 block of Envoy Avenue, near Diamond Street in El Cerrito, culminating in Jimenez’s arrest, as well as the seizure of a handgun, according to Corona Police Department spokesman Cpl. Tobias Kouroubacalis. Prosecutors said the handgun is the same caliber as the weapon believed used in the shooting.

The charges against Jimenez include special circumstance allegations of lying in wait and multiple murders, which open him up to a possible death sentence if prosecutors opt to pursue it. He also faces sentence-enhancing gun and great bodily injury allegations.

We amended the charges against a man accused of shooting Rylee Goodrich, 18, & Anthony Barajas, 19, in a movie theater after Barajas died on July 31. Joseph Jimenez is now charged w/2 counts of murder & a special circumstance of multiple murders. His next court date is Sept. 27. pic.twitter.com/HqAI71flyZ

Jimenez, a Corona resident, appeared at the Riverside Hall of Justice last Friday afternoon but did not enter a plea. Riverside County Superior Court Judge William Lebov ordered the defendant held in custody without bail, and rescheduled arraignment for Thursday.

After Friday’s brief court hearing, Goodrich’s father David stood as Jimenez was being led from the courtroom and repeatedly shouted, “Look at me, look at me!” before breaking down in tears.

GoFundMe pages have been established for the victims’ families. The pages had raised over $163,000 as of Wednesday afternoon.

Prosecutors said that, based on the evidence, the shooting appears to have been a “random and unprovoked attack.”

Kouroubacalis said earlier that there’s “no information that the suspect and victims had any prior contact before the shooting.”

Jimenez, a Corona native who graduated from Santiago High School, told the Press-Enterprise that if could go back to the night of the shooting, he would have simply left the theater. He offered “condolences” to the victims’ families.